No agenda love: Carrying the heart of God

I must constantly make this clear to myself: The purpose of helping, serving, caring for or befriending anyone is to represent God’s heart to them.

It is to express to them how He feels toward them every single day that they go about their lives. It is for them to come into contact with His very nature. No strings attached, love with no agenda.

The idea of love without an agenda is really that love itself is the agenda. That love is the ultimate goal – not a stepping-stone to one. Love is sufficient as a source from which all other things in God’s Kingdom flow.

Jesus says in Matthew 22:40 that it is on the two great commandments – to “love the Lord your God with all your heart, with all your soul, and with all your mind” and to “love your neighbour as yourself”, that “all the Law and the Prophets” hang. Basically, every single word from God spoken to humanity can – remarkably enough – be hinged on the directive to love.

So, it is not really about having no agenda; it is that there is no other agenda required besides love – pure, real, and unselfish. God’s love. Agape love.

How does that work? And how should we then go about loving others that way?

I attended one of the most culturally diverse colleges in the whole of the United States of America, Berklee College of Music. A third of Berklee’s students come from 99 other countries around the globe. Because of that, I got to experience interacting with people from a huge range of ethnic, socio-economic and religious backgrounds.

I witnessed firsthand how certain differences run so deep they can be reconciled only by the love of Jesus.

My last year of college saw a huge aggravation of political and racial rifts in America. Emotions ran high all over the city and my campus during the heated Presidential Elections. It was during that time period, through the surfacing of all kinds of ugly in humanity, that I started deeply considering what unity really was.

I was – and still continue to be – hopeful that the Church can blaze a trail there, after I witnessed firsthand how certain differences run so deep they can be reconciled only by the love of Jesus. No other view, cause or opinion can unite a body of people more wholly and unconditionally than a shared friendship with Jesus can. And I got to see that.

In my last semester, God told me one day to “fight for relationship.” I remember it so vividly. I realised I was friends with people of such polarising views (both religious and other) that in another life, we would have easily been enemies. But somehow, we weren’t. And that was so precious to me.

I think one definition of true unity could be the willingness to fight for real relationship amidst great difference. This applies both within the Church and outside it.

When Paul explained in Ephesians 6 that we do not war against “flesh and blood, but against principalities, against powers, against the rulers of the darkness of this age, against spiritual hosts of wickedness in the heavenly places” and advised that we gird ourselves accordingly with the armour of God, he was directing us to a different vantage point on conflict and crisis, and what our response should be.

More than fighting for our values, our rights and our convictions, we need to fight hard for our relationships – particularly with those with whom we disagree. We need to fight for the love that exists in spite of, not because of – the love that transcends denomination and politics and socio-economic status and religion.

God is raising up a Jonathan generation: Behind every David is a Jonathan who loved him without an agenda.

I believe that the Enemy is out to divide, accuse, and ultimately destroy relationships that are God-ordained. And so they are the very things we must fight for.

When I came home to Singapore, I was awakened in the wee hours one morning and felt God strongly whispering this phrase: I am raising up a Jonathan generation. I was confused at first. A “Jonathan generation”?  Did I hear wrong? What could that mean? The next moment, I felt Him say, “Behind every David is a Jonathan who loved him without an agenda.”

I immediately got up and opened my Bible to re-read the famous story of David and Jonathan. I discovered, to my amazement, a few things I’d overlooked before.

In fact, the Jonathan-David bromance begins from the very moment David technically becomes a threat to the throne, right after he slays Goliath.

In that instant, I believe that Jonathan recognised the destiny God had laid on David’s life straightaway, the destiny to bring a nation into victory and its fullest potential. And despite being highly qualified and a totally legitimate successor, Jonathan gave up all of his rights in a moment in total support of the one God had chosen to lead.

David is lauded in the Bible as the man after God’s heart, but I actually believe Jonathan was too. It is a testament to his sheer selflessness that most of us remember him only as the best friend of David.

My belief is that while many of us want to be the so-called Davids – visible, glamorous, popular – God is looking just as much for those who are willing to be Jonathans. Those who would, out of genuine love, readily lay down dreams and successes they might very well be entitled to in the eyes of society, in order to see God’s will accomplished His way, through someone else.
I often know deep down that I fall so short in the area of loving others well, without condition or expectation. God has been putting the story of Zacchaeus on my heart recently (Luke 19:1-10).

Zacchaeus was a man who literally came up short – in both stature and character. Wanting to catch a glimpse of Jesus in person but unable to see above the crowd, the notorious tax collector ran ahead and climbed up a tree. Jesus noticed Zacchaeus right away and visited his house at the expense of His own reputation.

The desperation to see Jesus touches His heart profoundly, and He will gladly meet us where we are and teach us how to love.

It is this no agenda love that compels Zacchaeus to give half his possessions to the poor and repay those he had previously cheated four times the amount.

I felt like God was showing me that it moves Him so much that I want to see Him despite my shortcomings, despite all my failures and weaknesses and pride. I think about how many of those people in the bustling crowd also had trouble seeing Jesus that day but didn’t see a great enough need to run ahead and climb a tree.

The desperation to see Jesus touches His heart profoundly – and He will gladly meet us where we are and teach us how to love.

Sometimes I also think about Jesus seeing Zacchaeus way before he saw Him. Not in the crowd, but before the dawn of time and creation, in the heart of God. How, growing up, Zacchaeus would think of himself as small and inadequate and unworthy, but then one day, Jesus would come along – and then everything would make sense.

Charis was part of the team that organised Permission to Dream, which later inspired Carry the Love – both cross-campus prayer and worship tours for university students. Carry the Love is currently taking place every evening on 5 different college campuses this week – all are invited! For more details, please visit their Facebook page. 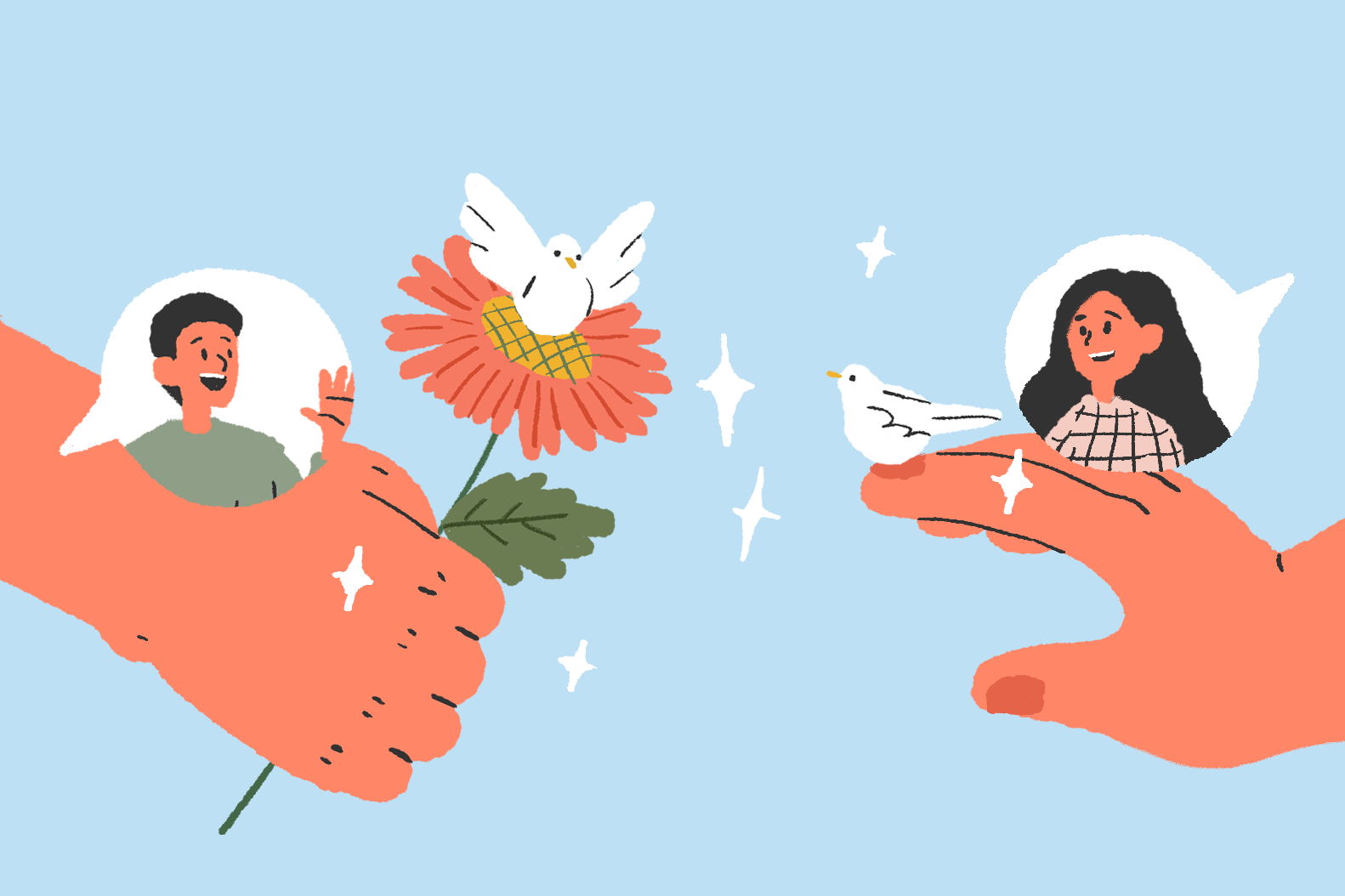