Permission To Dream: A night of praise, prayer and reconciliation

More than 200 believers – students and parents – gathered at the Yale-NUS Performance Hall on the evening of Jan 10 for the NUS leg of Permission To Dream, a non-denominational worship event being held across three universities in Singapore. It was a night of praise and prayer, repentance and forgiveness.

Permission To Dream started as a vision Berklee College of Music student Charis Tan received after attending The Circuit Riders’ revival tour “Carry the Love”, which was brought to thousands of university students in campuses across North America.

She was moved by the encounter where the larger Church put aside their differences to come together to exalt the name of Jesus, and felt the Lord leading her to bring the movement back to Singapore, where she believed God wanted to bring revival in the local university campuses. “The instructions I was given were very simple,” she shared with worshippers in NUS. “So I got in touch with a few leaders of Christian groups on the various campuses and asked if they were interested in such a movement. Some caught on immediately – and that’s how things started.”

Most attendees were undergraduates from NUS and young adults from other colleges, but among the young faces were older Christians as well, who came to support and encourage the students. In an spontaneous invitation to address the audience, Peter Tan, Principal of Anglo-Chinese School (Barker Road), stirred the hearts of young and old as he reflected on his childhood experiences with his estranged father.

He called for reconciliation between children and parents.

“Both generations need to be reconciled. On behalf of the parents who have hurt you and disappointed you, we are sorry,” he said, inviting other parents in the audience up on stage to join him in the symbolic reconciliatory prayer. NUS alumni Matthew Yong, 30, also gave a rousing exhortation on reviving every young adult’s God-given destiny, instead of blindly following the typical routes and rules set by society. He, too, apologised on behalf of seniors like himself who challenged their juniors to live radically for God, but got caught up in worldly pursuits after graduation. 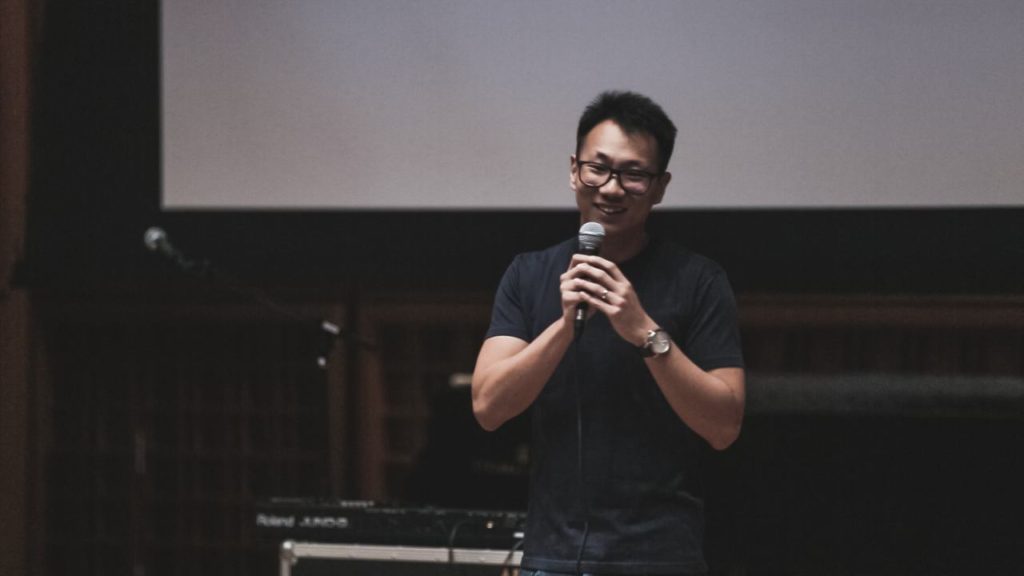 Matthew acknowledged the hypocrisy and asked for forgiveness, and challenged the younger ones to lay claim of God’s dream for them. No longer should the old impose their dreams on the young, he said; instead, they would wholeheartedly support the younger ones who step out in faith.

Permission To Dream is not meant to be simply a one-off event, but the beginning of a nationwide movement, to rekindle the fire for God-sized dreams across all ages. For those who wish to be a part of this awakening, two more sessions will take place this week: