In Sri Lanka, the worst economic crisis since 1948 has plunged many into despair.

But as we sit here in the comfort of our own homes, what can we possibly do in the face of such news?

We spoke to R. A Tuder and Max Jeganathan as they share their thoughts on a matter that hits close to home.

I’ll be the first to admit that news of atrocities taking place across the globe hardly shock me as much as they should.

Being sheltered in relatively safe Singapore, we often do not find ourselves in life-threatening predicaments.

Yet that is the reality for most Sri Lankans now. Faced with the worst economic crisis since independence, many locals are barely getting by.

Though the situation only came to a head two months ago, it had already begun brewing two years ago.

For those who might not be caught up with the timeline of things, here’s a primer. To move a step closer from being a passive witness to someone who’s actively trying to understand what’s happening on the ground, I spoke to a Christian in Sri Lanka who has been serving his countrymen for years.

For the past 13 years, R.A. Tuder sought to meet the needs of the poor and marginalised through projects that range from starting a food bank to loving people with HIV and leprosy.

Besides working with community and political leaders to improve the lives of locals, the programme coordinator at the National Christian Evangelical Alliance of Sri Lanka was also involved in church planting work.

But the 45-year-old’s biggest worry now is for the poor and the marginalised — the ones who will suffer most as a result of this worsening crisis.

“People will break into the shops and forcefully get food and other items. There will be no value for the local currency. People and kids will die without medicines and food,” he said.

A sore lack of necessities

“As a country that is running a trade deficit, facing backbreaking inflation, battling an unprecedented economic crisis and governed by a regime that lacks the faith of the people, Sri Lanka is witnessing a crucial time in its history,” Tuder pointed out.

“People are frustrated by terrible price increments of consumer products, 10-hour power cuts and the shortage of gas and fuel.

“The livelihoods of people are also severely hampered. Fishermen, barbers, tailors… and trishaw drivers are unable to earn their daily living.” For now, the loans and grants from the international community have yet to make a positive impact on reducing the prices of consumer items, said Tuder.

Even the delivery of health services has been affected due to the lack of medicine and paramedical equipment.

“Several mission organisations helped only a few hundred poor Christians and provided dry ration packs. It helped them to survive for around one month. But still the need is huge,” he elaborated.

Despite the bleakness of it all, it’s clear that Tuder’s faith remains strong.

Telling Thir.st about how he sees God’s hand moving, Tuder observed that churches have united over discussions on how to respond to the crisis, while the Good News is beginning to seep into the hearts of men.

“People are open to listen to the gospel. Many people have come to know Jesus and are getting baptised,” he said.

Personally, Tuder is meditating on the book of Daniel during this season, drawing inspiration from how Daniel and his friends were faithful to God despite the hardships they faced under a hostile government.

“They continually kept their holiness, (which) helped the Son of God to appear among them and rescue them from the tragedy that they faced. This is what I am hoping and praying for,” he shared.

I also spoke to Sri Lanka-born Max Jeganathan, Director of apologetics ministry Thinking Faith, for his thoughts on the unfolding situation.

Even though he spent the bulk of his life outside of Sri Lanka, the 39-year-old feels a deep burden for what is happening in the country. “I definitely feel a heightened element of personal anguish, sadness and compassion, more so than I do for other countries,” said Jeganathan, who is now based in Singapore.

Forced to flee Colombo as refugees due to the violent racial riots in 1983, he and his family grew up in Australia.

But Jeganathan noted that if things had gone differently in his past, he might still be living there now.

“What would happen to me if I was still there?”

“To what degree would my family be affected had we not been thrown out of the country?”

These are questions that he wrestles with as he reads the news on Sri Lanka.

As such, the chaos is not something Jeganathan can wholly detach himself from.

And yet, his unique relationship with the country leaves him with a mixed bag of emotions even as he watches a government struggling to stay afloat.

“There is a level of personal burden. There is also a gratitude for not being a part of it.”

While Jeganathan has since forgiven those who once hurt his family, he pointed out that those in power had never acknowledged the harm they caused during the 26-year-long civil war.

Opening up about his disappointments, Jeganathan contends that though people and systems fail, God’s grace can still be found in the middle of it all. “The explanatory power, the transformative beauty and the redemptive necessity of the Christian gospel becomes all the more obvious when you look at Sri Lanka,” he explained.

“When you look at its leadership, the intrinsic brokenness and the immutable imperfections of its leadership over successive generations, Sri Lanka is an example of why that country, like any country, needs the gospel.”

Jeganathan contrasts these human failings to the most perfect leader — Jesus Christ himself.

Jesus’ leadership is the standard: one that centres around sacrifice and prioritising the interests of others.

“I think the gospel message is not just exemplified by what’s happening in Sri Lanka, but it’s the solution in many ways as well.”

What can we do?

In a time like this, what does it mean to be a follower of Christ? Will we cross the road to the other side and turn a blind eye (Luke 10:31-32)?

While praying is important, specific prayers are even better. Jeganathan encouraged everyone to avoid removing ourselves from earthly injustices to the point that we pray in a generic and abstract way.

Tuder echoed this sentiment by sharing some practical prayer pointers: 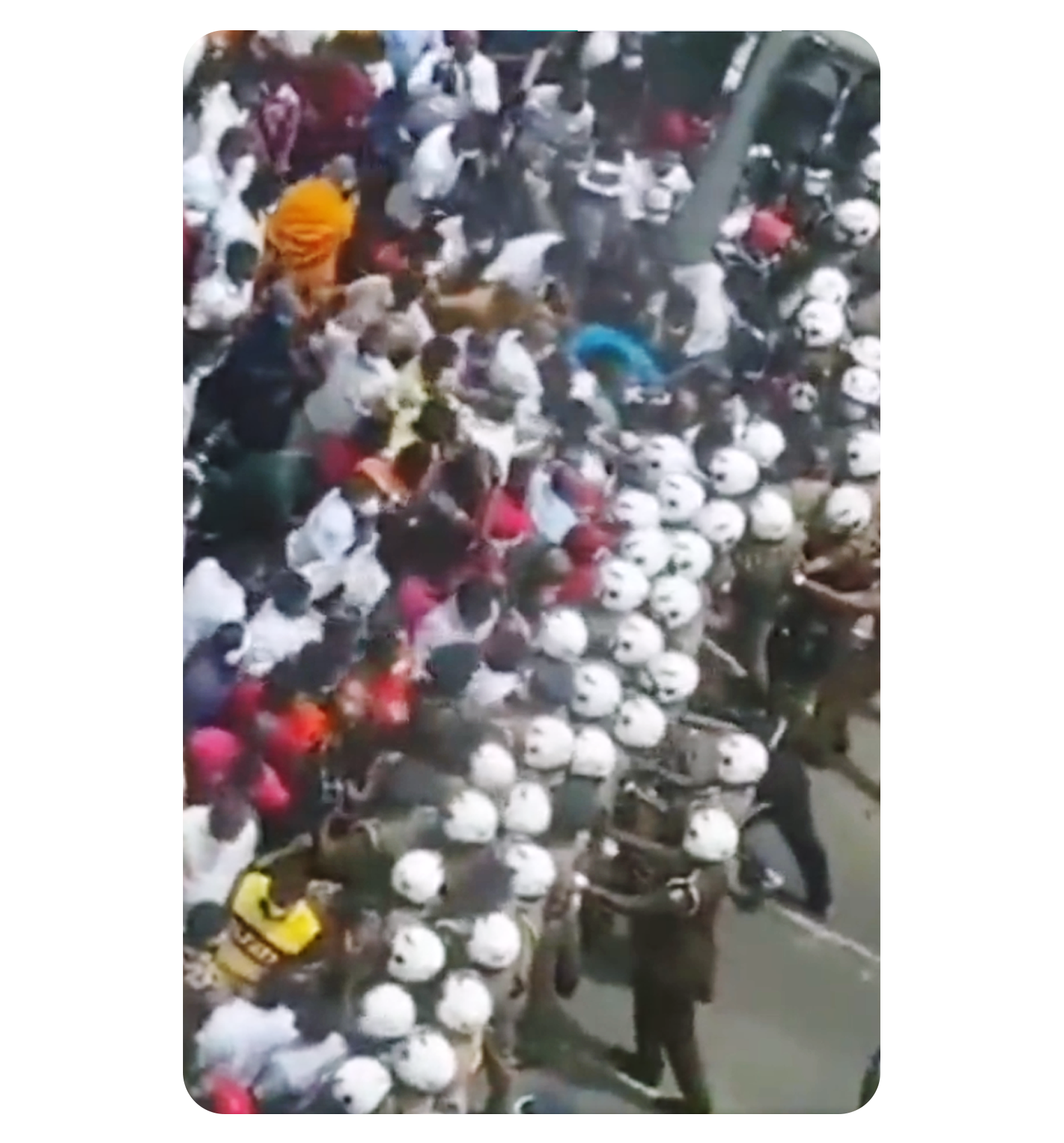 There are also practical ways to help beyond prayer for those with the capital, capability or connections, shared Tuder. These include:

At the end of the day, if all these efforts still seem too far out, why not start by reaching out to anyone you know who’s Sri Lankan?

Through our Sri Lankan friends here, find out if there’s any specific way you can serve, whether that involves sending money in or meeting needs on the ground, said Jeganathan.

Finally, based on our research, here are two locally initiated fundraising appeals that you might want to consider donating to: Red Cross and Ray of Hope.

Going back to the book of Daniel, I’m reminded that in an interpretation of a dream, Daniel speaks of “a kingdom that will never be destroyed” (Daniel 2:44).

This is a kingdom that “will crush all those kingdoms and bring them to an end, but it will itself endure forever”.

In the midst of these imperfect worldly kingdoms, let us remember that there is only one kingdom that is eternal and everlasting.

May we remember that we worship the King of Kings.