Delia Ng, 29, leads FamChamps (Family Champions) at Focus on the Family Singapore, a community movement to shape the aspirations of young Singaporeans towards family, and challenges them to be the solution to the breakdown in family relationships today as well as be the hope for strong families tomorrow.

Coming from a broken family, Delia joined the Ministry of Social and Family Development (MSF) upon graduation as a child protection officer, a job that would allow her to support youth-in-need. Recently featured by The Straits Times this year, she shares her story of forgiveness and overcoming family challenges that has fuelled the work she does today.

“As my family fell apart after I was born, I believed that I was a curse to them.

“I felt that I needed to prove that my life mattered.”

Delia was only a few months old when her parents separated, an event she has no memories of but led her to feel both unplanned and unwanted as she grew up. Eventually, her parents got divorced. She only met her father for the first time when she was 7. Hurt by her experiences, a young Delia didn’t believe in the idea of families. Looking at what had happened to her parents’ marriage, she had no interest to have a family of her own when she was older.

“When my brothers left home to live with my father, it further reinforced my belief that I didn’t need anyone,” she shared.

Feeling betrayed and abandoned by family, Delia protected herself from pain the only way she knew how: “I told myself that I needed to be strong so that others couldn’t hurt me.

Is it wrong to build walls around yourself?

Learning that her father remarried a few years later and set up another family of his own further devastated Delia.

To her, it felt like he had moved on with life while she was “stuck” with the consequences of the decisions made by her father and mother – not of her own volition. “I couldn’t understand why my parents made the choices they did,” she said.

“Deep down, I desired a father figure. I observed how children would interact with their dads and wondered what it would be like to have one.”

Her mother was rarely at home, working hard to support the family financially, but Delia longed for emotional support and words of affirmation too. “I had developed a competitive streak and believed that if I excelled and made something of my life, I could make my mother proud,” she said.

“And deep down, I desired a father figure. I observed how children would interact with their dads and wondered what it would be like to have one,” Delia shared.

But she “knew that it was impossible”, so she convinced herself instead that she didn’t need a father at all.

“I was angry for always getting the shorter end of the stick. I was angry at how unfair my life seemed to be.

“If God loves us all the same, then why was my life like this?”

Delia had stopped attending church by the time she was in secondary school, but went to church again on a friend’s invite.

“That weekend, the preacher shared from Matthew 6:14-15 and invited those who felt any hatred or bitterness to release forgiveness,” she recalled.

And at 15 years old, in that service, Delia realised that she had always been angry because of her circumstances, and she actually felt tired of being angry.

So she decided to respond to the call to forgive: “God, teach me to forgive, I don’t want to be angry anymore.”

It was a moment of surrender for her.

“Immediately, there was a lightness in my heart and a joy that I had never felt before,” she said. “I felt that I was no longer weighed down by my hurt and pain.”

That same year, at the suggestion of her second brother, she chose to meet up with her biological father. He had plans to migrate to Australia, so Delia’s brother encouraged her to try building a relationship with their dad before it was too late.

“I felt nervous and didn’t know what to expect. All I knew was that I wouldn’t be angry. I was determined to leave the past in the past.”

“He acknowledged that the apology wouldn’t change the past but he asked for the chance to be my father.”

Surprisingly, when they met, her father started the conversation with an apology for what he’d done.

“He acknowledged that the apology wouldn’t change the past but he asked for the chance to be my father.

Delia continued to meet with her father, and eventually, he invited her home to meet his wife and her half-siblings.

“Initially, I wasn’t sure how to interact with them. But I saw how my brothers were interacting with the family, and I began to get an idea of how to move forward as a family.”

Why was I born into a dysfunctional family?

Asked about the joys of being reconciled with her dad, Delia said: “Interestingly, even though I didn’t grow up knowing my father, we share similar interests and hobbies.”

“We both enjoy nature so some of our outings included taking walks in the park. I learnt the basics of gardening from him.

“There was even a phase when my father baked weekly and I would join him.”

She added: “Now that I’m a mother, one of the joys is seeing my daughter spending time with her grandfather and relishing in the smiles that she brings to him. 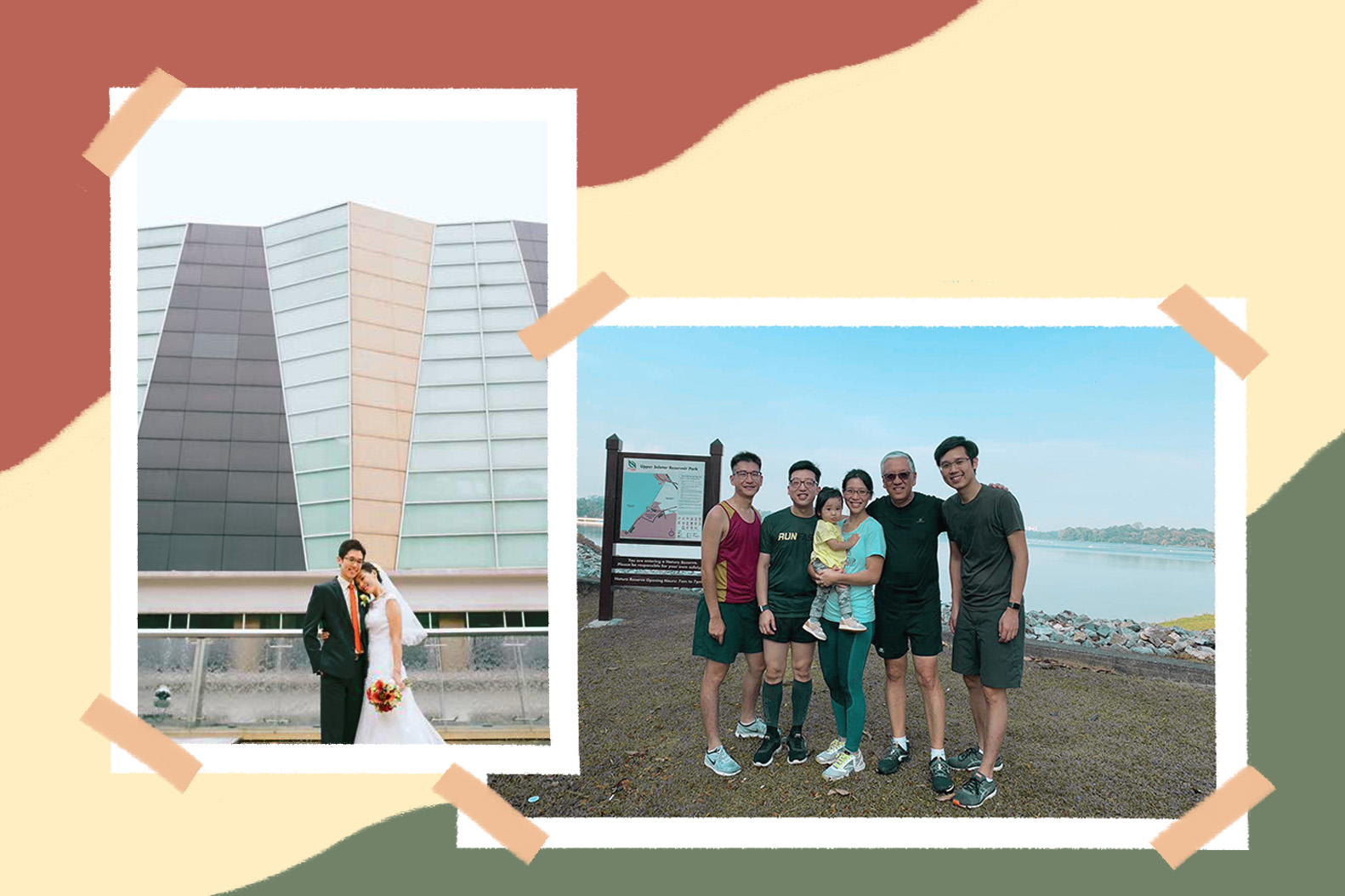 “I am grateful that while I didn’t have a chance to interact with my father as a child, my daughter is able to enjoy a positive relationship with her grandfather because of God’s restorative work in our lives.

“This would not have been possible if I did not experience freedom from unforgiveness.”

When Delia was 7, someone she didn’t know prayed for her at a children’s camp and said: “Your earthly father may fail you, but your Heavenly Father would never fail you.” She knew in her heart then that God must be real.

Delia witnessed love in action, and her community showed her a glimpse of what family love can be like.

“As a child, my mother’s church friends took turns to care for me whenever my mother needed to work late or when she had night classes. In their families, I observed how they interacted with one another. I saw positive modelling of relationships between husband and wife, parent and child, and between siblings.

“There was a warmth and stability that I enjoyed very much. Even in the times where there were disagreements, they worked them out. I looked up to these families and over the years, it helped me to see that there is beauty in healthy, stable family relationships.

“All along, I recognised that God worked in the hearts of my entire family in leading us towards turning our hearts to one another.”

In this ongoing journey of forgiveness, Delia leans on the firm foundation of God’s unwavering love so that she can also love her family – especially in moments when they may feel upset or disappointed with one another.

“Definitely not,” she replied when asked if she expected her life to turn out the way it did. “I was so myopic in my view and wallowed in self-pity, often comparing my life with others.”

“He destined me to be born and I have a purpose in Him. Even though decisions were made beyond my control, God remains sovereign.”

Now a believer in marriage and family, it’s clear that Delia flipped the script the day she chose to embrace forgiveness.

“God redeemed my past for His purpose.”

There are still days when recollections of the past will come to surface – the past cannot be erased – but Delia overcomes it with the secure confidence that she is loved by God. “Most importantly, God revealed to me that I am whole and complete in Him,” Delia said. “He redeemed my past for His purpose.”

In her words, God was relentless in demonstrating unconditional love and undeserved grace to her. He restored her identity and helped her see His perfect design for marriage, parenthood and family.

“The prayer that my husband and I have for our family is that we will be living witnesses of the reality and power of a loving God, and that this faith legacy will be passed to the generations after us.”