What the Olympics taught a national athlete

As a national athlete, I have often wondered: What is the ultimate purpose of doing sports?

I understand how sports has allowed me to cultivate values in the kingdom of God, such as learning diligence and perseverance (faithfulness), finding purpose in pain in training (joy in work) and exemplifying sportsmanship (love and kindness).

But during this Olympic season, I found something more.

In the months leading up to the Olympics, there was so much criticism of the Games proceeding despite the global pandemic and the growing health situation in Tokyo. But when the Games began, it was spectacular.

It brought together athletes from around the world to showcase their talents, their potential, their physical might and their mental strength.

It brought together nations to support their representatives, to cheer for those who have fought most of their lives for an opportunity to don their nation’s colours at the Games.

That was such a beautiful sight of God’s very good creation (Genesis 1) — not just of men and women giving their 100 per cent in their work, but also a spirit of unity on display (1 Corinthians 1:10).

I saw how sports is God’s work for the athlete and God’s gift to the community.

WHAT SPORTS DOES FOR ATHLETES

Sports often brings athletes to the edge of themselves.

Many athletes will attest to the fact that pain is a friend, and until we learn to embrace the physical and mental discomfort that comes with training, we have not done sports fully.

In fact, Hebrews 12:1-2 compares our journey of faith to having to “run with endurance the race that is set before us”, knowing full well that physical races and training require endurance and often, sheer grit.

James 1:4-5 also tells us that we will be able to find joy when we persevere under trial. We will be “mature and complete” — what a reward to look forward to!

But athletes are expected not just to run the race with perseverance.

This means that when we run for God, we are called to run our very best (note: our best, not the best).

American pastor and author Timothy Keller shared in his book, Every Good Endeavour, that if God’s purpose for your job is that you serve the human community, the way to serve God best is to do the job as well as it can be done, i.e. competently.

This applies to all believers, but imagine what is expected of athletes in their daily grind!

WHAT SPORTS DOES FOR THOSE ON THE SIDELINES

There is something extremely beautiful and inspirational about seeing another person give their very best.

Have you ever admired football players who just run laps and laps on the field, despite not having touched the ball for even one instance during the game?

Or watch athletes “pace” themselves in certain distance races and then in the last laps, run at unimaginable speeds, cross the finishing line with sheer determination, and lay down on the track while trying to find oxygen in their lungs?

I have been blown away.

Sports, as a relatively public display of physical and mental exertion, is God’s gift to the community.

We can be inspired by the dedication and commitment of His representatives on the ground, especially in times like these when we are in dire need of inspiration and beauty.

I can testify that sports is truly God’s work — not just for the athlete, but also for the community.

Goh Chui Ling* is a national middle distance runner (800m, 1,500m) who has also represented Singapore in the Southeast Asian Games as a sprinter. She is a lawyer and PhD candidate with Melbourne Law School, specialising in sports law.

The 29-year-old has travelled around the world and spent the last 15 years chasing God through her work, but is often brought to her knees at the simplest of truths and the wholeness of the Father’s love.

FOR OTHER STORIES ON THE OLYMPICS: 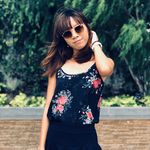 Goh Chui Ling is a national middle distance runner (800m, 1,500m) who has also represented Singapore in the Southeast Asian Games as a sprinter. She is a lawyer and PhD candidate with Melbourne Law School, specialising in sports law.