To the girl without a boyfriend

Hello from the other side.

It’s now been three years since you questioned why God wouldn’t give you a boyfriend.

Believe it or not, I’m now the girl you envy: the one with the boyfriend. He’s a couple of years older than you and treats you real nice. Of course, you don’t have the hindsight I now do — and it’s hard to imagine yourself in a relationship when singleness is all you’ve ever known.

Discontentment doesn’t end when you’re in a relationship.

Like many other singles, you’ve spent nights reflecting, hoping, crying, sometimes cursing and punching your fists to Heaven, wondering when God will let you have your turn. You’ll want to ask me about my “formula” for getting attached.

I’m here to tell you that there is none. The boy you’ll meet is a gift — I didn’t earn the right to be with him because I was good enough, mature enough or godly enough. Putting myself out there did help us find each other, but the outcome of the relationship was and is still in His hands, not mine.

I hear you in your pain, but I want you to know a few things.

Discontentment doesn’t end when you’re in a relationship

As a single, you were concerned that you wanted a boyfriend for the wrong reasons: you wanted someone to be with you so that you can prove your relationship-worthiness to the world.

I can now tell you that, as one half of a couple, you won’t be immune from the same temptation.

One of the earliest arguments I had with my boyfriend was about why he didn’t post pictures of me on social media — something I saw many of my coupled friends doing and wanted for myself.

The desire for more will crouch at your door, telling you that what you have isn’t enough. But we, like the apostle Paul, need to learn how to be content in all things (Philippians 4:11) and to be grateful for what God has provided.

This means accepting that he has a different love language and appreciating the other ways he shows love to me.

Relationships aren’t your only means of growth.

Sure, God is now using my relationship as one way to reveal areas of pride and self-sufficiency in my life, but most of my growth in the past three years happened while I was single — so embrace it fully.

God will use a fallout with a former boss to humble you when you thought you were all that in your career, and He will also use an honest talk with our mum to make you aware that you needed to change your lazy, sedentary lifestyle before your health continued to deteriorate.

Single or attached, our goal in life is sanctification — to become more like God in His holiness, to be transformed by the renewal of our minds (Romans 12:2).

Measure your life and your achievements not by whether you’re attached or got a promotion or reached some worldly measure of success, but by how Christlike you are becoming each day.

You won’t walk this world alone.

The loneliness you feel as a single is a yearning for fellowship — even Adam was alone amid a perfect creation, and God said that it was “not good” (Genesis 2:18).

I cannot say with certainty that you won’t be alone forever: only time will tell if the relationship I am in now will be one that lasts for life.

What I can tell you, though, is that the most cherished moments you’ll have in the next few years will come from your brothers and sisters in Christ.

As a young professional living alone in the city, loneliness is a familiar feeling to you, but you’ll see God provide support when you need it most.

There will be a time when you’re so sick with fever, you’ll be too weak to drive. But a friend who lives nearby will volunteer to drive you to the nearest clinic, while another friend will come by with dinner and eat with you in your tiny rented room.

Measure your life by how Christlike you are becoming each day.

There will also be a year where you won’t have to spend Valentine’s Day alone, but some of your friends will organize a gathering to spend time with those of you without a hand to hold — even though not all of them are single, which made the gesture even more meaningful.

Reading this now might sound like cold comfort to you, and I understand — you still have longings for a relationship that won’t go away, and I want you to know that it’s OK to want it. You don’t have to be in denial, because what you want is a good thing.

I cannot guarantee you (or anyone else reading this) that you won’t be single forever, but I want you to know that you can trust God with the sensitive, fragile pieces of your heart and that your eyes will be opened to the ways He has not forgotten you — big and small. 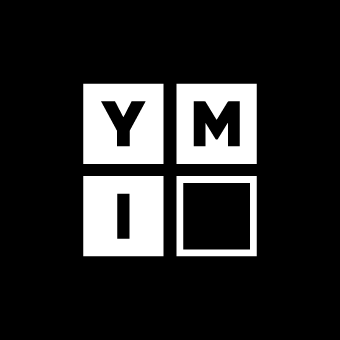