Take heart, look to the blessing when things go wrong

You’ve made all your plans. Everything has been prepared. You’ve double-checked and triple-checked. You’ve committed it all to prayer. You’ve made every effort.

Despite all the preparation, something goes wrong. The computer crashes and you lose all your data. Your guest speaker suddenly can’t come. The kids fall terribly ill. All of a sudden, your well-made plans are scuttled and you’re left wondering what on earth went wrong.

At this point, you can consider a couple of responses. God forbid, but some blame their bad luck.

The most natural response is to point the finger squarely at someone else and, trust me, there’s always someone close enough to the matter to be blamed. Or you can attribute the matter to spiritual warfare. The worst of all is to back away from ever attempting something quite as audacious.

The one thing we’re taught never to do is to attribute bad things to God. But perhaps that’s precisely what we need to do?

Now, hold your horses before you crucify me. I hold to the belief that God is good and with Him, there’s no shadow of turning. There’s not even an iota of darkness or ill intent in Him, but consider a few passages of Scripture:

“For God has committed them all to disobedience, that He might have mercy on all. Oh, the depth of the riches both of the wisdom and knowledge of God! How unsearchable are His judgments and His ways past finding out!” – Romans 11:32-33 NKJV

Paul speaks here about his fellow Jews who had rejected the Messiah. It was a lament by Paul for his own people. He saw the harvest of souls amongst the Gentiles, but also his own people rejecting the Saviour who was of Jewish background. It broke his heart.

The people from among whom the salvation of the world would spring forth soundly rejected Christ when He finally appeared. The One they had been waiting for millenniums finally came, and they could not see Jesus for who He really was. If there was a well-laid plan that went awry, this would be it.

Yet, in the final analysis, Paul was overtaken by the wisdom and ways of God. For a moment, his view was stretched beyond the present to see an all-encompassing outcome that would extend to the ends of this age.

Israel’s rejection of Christ would propel the Gospel to the nations in an unprecedented manner. Yet, at the same time, Israel would not reject Him forever. The acceptance of Christ by the Gentiles would eventually open the hearts of the Jewish people to their Messiah.

God has a way of making right the things that have gone wrong. It isn’t just about setting right what’s not – He goes far beyond to accomplish good for us that’s beyond our imagination.

God is good. Just remember that His timeline for working out good may not be in line with yours.

An economic downturn that seemingly destroyed Naomi’s family eventually led her to Ruth and to play a part in God’s Messianic plans. A betrayal by Joseph’s own brothers paved the way for him to orchestrate the next 400 years of Israel’s birth as a nation in Egypt.

“And we know that in all things God works for the good of those who love him, who have been called according to his purpose.” – Romans 8:28

God is good. Just remember that His timeline for working out good may not be in line with yours. Nonetheless, if you hang on, it’ll all work out.

So the next time something goes wrong, remember to consider that God can turn the bad into something good. A conflict now may well lay the foundations for a future covenant relationship. A business failure now may open the door to prosperity for generations ahead.

After all, it was a cruel death that brought salvation to all mankind.

This article was first published on Cornerstone Community Church’s website and is republished with permission. 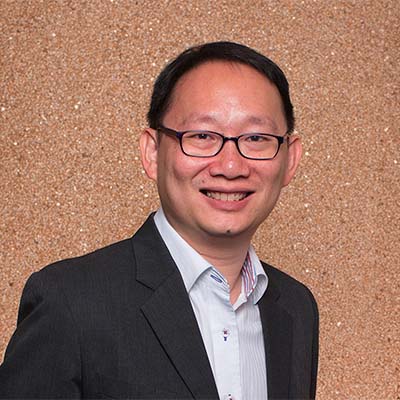 Pastor Lip Yong is the Executive Pastor of Cornerstone Community Church. An accountant by training, he responded to God’s call into the full-time ministry in 2001. He preaches with passion and is an engaging communicator whose messages stir and challenge the hearts of his listeners.