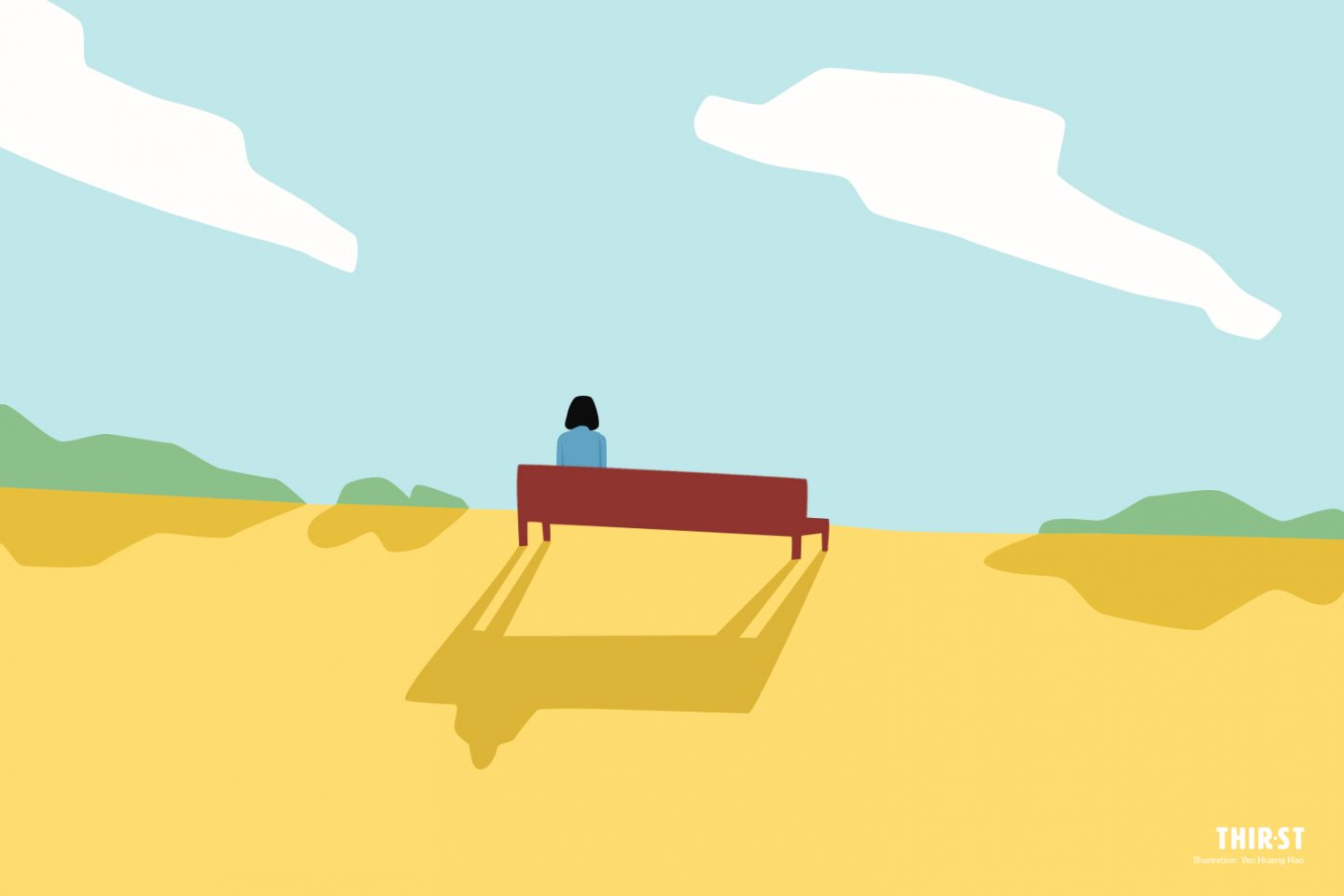 But forever didn’t last long. We began drifting apart the moment our schedules evolved from convenient to conflicting. Before I knew it, I had become a spectator of my friend’s life, watching from the sidelines as my once-partner-in-crime updated her social happenings online with a bunch of strangers I didn’t recognise.

I was no longer a part of her life; I had been replaced. And I didn’t get the memo.

I know this is a part of #adulting. People come and go as we transit from one life station to another. As we move on at different paces, in divergent directions, there are inevitably some people we have to leave behind.

I get it. And I didn’t mind it in the case of friends I don’t consider myself close to.

But for those whom I do, each time it happens, I feel in me a tinge of sadness, a pang of jealousy.

It feels like my investment in the friendship had been one-sided all along. It hurts to finally register that the other party doesn’t reciprocate your efforts and feelings; that you’re not on her priority list.

All of us want to matter to the people who matter to us. But what if we don’t?

Jiamin (name has been changed) and I were in the same CCA for 2 years. Back then, she took the initiative to reach out to me – first with food (my Achilles’ heel) and then with heart-to-heart talks.

She showered me with care and concern. I slowly warmed up to her; I considered her one of my closest confidantes.

Then the inevitable happened: Graduation. I thought our friendship wouldn’t change, but I came to realise that she didn’t quite see me the way I view her. I was slowly phased out of her daily life as she began hanging out with other friends more frequently than she contacted me.

Did she only get close to me because she needed to build rapport within the CCA? It saddened me that our friendship was purely functional. I felt used.

People come and go. I get it. I know this is a part of #adulting. But each time it happens, it still hurts.

It took me a while to come to terms with the fact that no one is obliged to invest as much as we do in a relationship.
And that’s okay.

It’s okay because people have the right to decide how much they want to give in a friendship. We cannot, just because of the amount of time, effort and energy we put into it, demand that the other person reciprocate to the same degree. That’s not love. That’s coercion, blackmail, taking a hostage.

It hurts – of course it does. Nobody likes being on the under-reciprocated end of the deal. But we have to come to a point where we accept the other party’s decision.

Because we love them enough to.

While we may not be able to control our friends from leaving, we can control our response. Either we choose to continue investing in the friendship, or move on to greener pastures.

But building on a friendship when the other party is not as enthusiastic as you are is hard work. This is the case for me and Jiamin.

We don’t meet up very often anymore, not unless I proactively ask her out. During these meetings, I continue to update her on the major events of my life and share with her my struggles.

Our free will probably hurts God more than it hurts us. He bears the brunt of our wilful wanderings.

Sometimes she reciprocates by opening up to me. Sometimes she doesn’t. It’s doesn’t matter. I’ve decided I won’t withdraw from her because of what she does or doesn’t do. She is still someone I care and trust and simply want to be my friend. I won’t dictate how her friendship should look like.

There are other friendships where I’ve learnt it’s best to let go. I’ll remain open to catch-ups and small talk, but I’ll restrain from pouring out all my heart and soul into building that friendship because I’m aware of how much pain it might bring.

I’m not saying to only befriend people who would never hurt you. I don’t think that’s even possible. But you do have some say in who gets to hurt you. So the responsibility lies in us to choose the people whom we love to the point we don’t mind getting hurt by them.

Losing someone is always painful. When I lose a friend, what helps in my healing is to focus on the positives rather than the negatives.

In my 2-year friendship with Jia Min, she was always there for me. We had each other’s backs when the CCA attendance dipped and both of us had to carry the bulk of the workload. We knew we could count on each other. Jia Min was also a comforting presence whenever I needed a listening ear.

I won’t deny the possibility that Jia Min wouldn’t have befriended me if we didn’t have to work together in the CCA. But the matter of fact is that we did become friends. So I choose to focus on the many good memories we created in spite of, or because of, our forced circumstances.

I believe she was genuine in her care for me and I have to admit that she was indeed a great friend to me.

We may not be each other’s primary pillar of support right now – but I’m still thankful for the times that we had each other.

Years later when I look back at my friendship journey, I’m reminded of the relationship we have with God.
It hinges on free will.

Free will hurts. It hurts me when Jiamin chooses to invest in other friendships over ours. I wish there’s some magical way to get her to reciprocate, but there really isn’t.

When you truly love someone, you love them for everything they are, even the choices they make – even knowing that their choices could hurt you.

I think that’s how God sees us. He could have coerced consent out of us. But we’re talking about a relationship here, not the mere rites of a religion. A relationship cannot be forced upon anyone and I know, from my own experience, that rejection hurts nobody more than the person with outstretched hands.

That would be God, when we don’t reciprocate.

You know how people ask why God would make salvation a matter of choice if He truly loved mankind? That if He really loves us, He wouldn’t let anyone walk away from Him?

The question perplexed me for quite some time. It’s hard to reconcile the idea of a loving God with the knowledge that He would allow people to head towards destruction.

Our free will probably hurts Him more than it hurts us. He bears the brunt of our wilful wanderings.

But like the father of the prodigal son, He is always ready to throw a party if/when we come back home. Because He’ll know then that we’re truly, finally acknowledging our first love – the one who first loved us.