The scandal of a generous God

Maybe you know the parable of the rich young man, in Matthew 19:16-30, who asked Jesus what he needed to do to attain eternal life, and left crestfallen, having been told to sell everything he had.

This story is not about that rich young man, but about the 12 disciples. The young man had left, but the disciples’ minds were still on the topic. Since they had left everything behind and followed Jesus, what was in it for them? How would they be blessed by God?

After all, Jesus Himself told them in Matthew 19:29:

Everyone who has left houses or brothers or sisters or father or mother or wife or children or fields for my sake will receive a hundred times as much and will inherit eternal life.

But Jesus wasn’t done there. That was just part of the equation. He followed it straight away with the parable of the workers in the vineyard (Matthew 20:1-16). Jesus wanted to the disciples to know the right attitude in following, serving and giving to God.

WHICH WAGE SCHEME ARE YOU ON?

The first half of the parable (Matthew 20:1-7) sees the landowner hiring workers based on the needs of his harvest field. Throughout the day, he goes back and forth from the marketplace to hire workers at various times of the day – 6am, 9am, 12pm, 3pm and 5pm.

Among these workers, there were two different remuneration schemes offered. Workers who were hired at 6am were “promised the normal daily wage”. However, the other workers were hired based on promise that they will be paid “whatever was right at the end of the day”.

Our God is an atrociously gracious, generous God. How often we forget this.

Note that there was no specific amount stated. The workers went to work in the fields trusting the landowner’s integrity.

Think of God as the landowner, who wants to involve us in His works. God doesn’t involve us because He needs us. Neither are we qualified to work with God either. Instead, God involves us because of His generosity and graciousness.

So if God involves us in His work because He is gracious to us, not because He needs us, likewise, we should not serve God in order to get something from Him – “Give me this, and I will serve you.”

In the second half of the parable, the landowner pays the workers (Matthew 20:8-16), starting with the workers hired at 5pm, and ending with those hired at 6am. The order is important; it shows that the landowner wanted to let the 6am workers see how much the others were paid.

All workers were paid the same day’s wage, one denarius – even those who worked for only an hour.

While the other workers were being paid, the 6am workers expected to be paid more. They were probably thinking: He got a day’s wage for an hour’s work? I worked for 12 hours – I should be paid 12 times more!

They got the same amount – 1 denarius. And they grumbled about it.

Wages are what we rightfully deserve while gifts are what we do not deserve. God gives gifts; God does not dispense wages.

Our God is an atrociously gracious, generous God. How often we forget this.

We lose sight of God’s generosity when we forget that it is only by grace that we get to work in His vineyard. There were more than enough workers, but he still wanted to involve – to reward – as many workers as he could.

THE PLANK IN OUR EYES

The 6am workers lost sight of the landowner’s generosity when they got envious. Envy puts a plank in our eyes, blocking us from seeing God’s generosity.

In your service to God, in your walk of faith, which worker are you? Are you being paid wages or given gifts?

The story is really about the remarkable character of the generous landowner. He kept going back to get more and more people to work in his vineyard even though it would not benefit him. He was willing to lose a full day’s wages to hire workers even at 5pm.

It caused him everything he had to pay in this way.

He sent His son, Jesus, to die for all our sins. That’s the price He paid, in His grace, to assure us of a place in His kingdom.

That’s the scandal of grace.

This article was adapted from a sermon first preached on March 12, 2017, by Senior Pastor Jeffrey Chong of Hope Church Singapore. 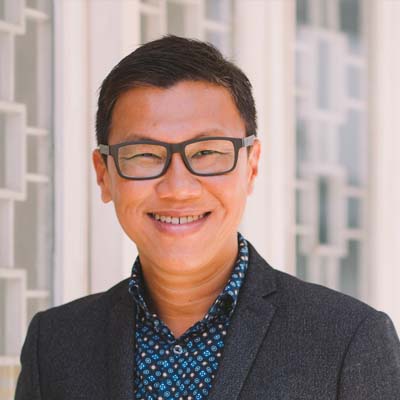 As the Senior Pastor of Hope Singapore, Pastor Jeff is dedicated to seeing the church fulfil God’s calling and the Great Commission. Pastor Jeff oversees the planting of Christ-centred churches all over the globe. Till date, Hope Singapore has planted churches in over 170 locations in 23 countries.