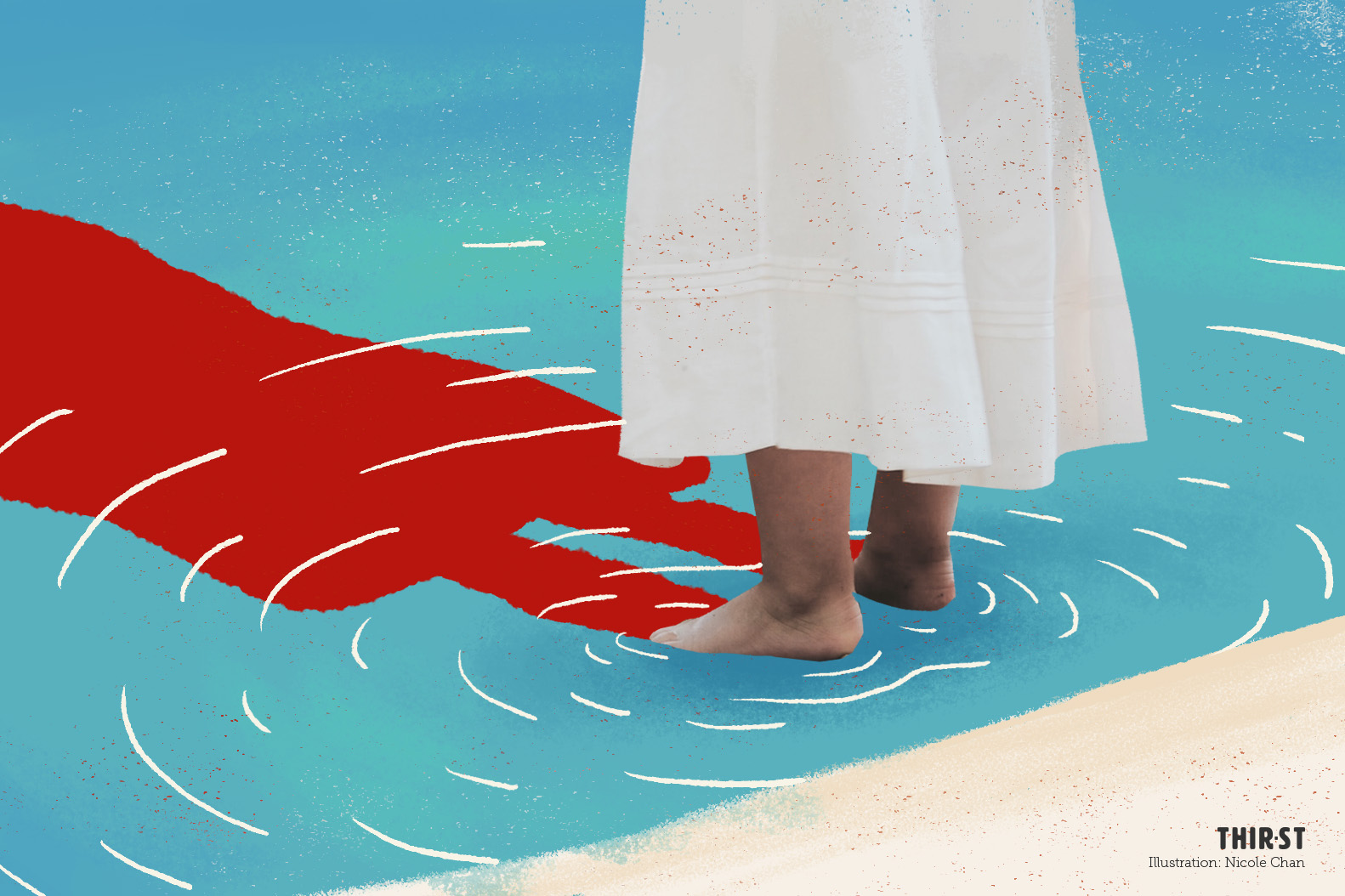 I was from an all-girls school. And like any teenage girl undergoing puberty, I was desperate for love and attention from boys.

There was a boys’ school just across the road from mine, and many times after school, I would see boys and girls meeting, holding hands and waiting for buses together. I would also frequently hear from my friends, “so-and-so is with so-and-so” and “do you know so-and-so just got attached to so-and-so?”

But no boy ever approached me or talked to me.

I was crazy for love and to have someone whom I could call a “boyfriend”, but I also hated myself — I hated my face, hated my figure and hated myself for being born fat, ugly and unlikeable.

My eyes won’t accept the truth: That I am wonderfully made

One Sunday, when I was 14 years old, I decided to ask my mother for permission to visit a nearby church. I had been curious about church for some time. She was supportive, as she thought that I could go to church to “improve my English”.

After the service, some of the young people saw that I was new and approached me, inviting me to join their youth service. It was the first time that people had invited me for any event, so I started attending regularly and even accepted Christ as my Lord and Saviour.

I started becoming more active in church, happy that I finally had friends who loved and accepted me for who I was. At the end of one of our youth camps, I found myself attracted to a godly man who was the son of a preacher.

The boy had good Bible knowledge and could answer and explain many theological issues. More importantly, he was very friendly and even chatted with me on the last night before the camp ended. It was the first time that I had had such a long and hearty conversation with a guy – and as you can guess, our friendship continued to develop after that.

As it was school holidays, we started hanging out together often. When he finally held my hands during one of our dates, my heart beat so fast! Before this, a guy had never told me he loved me or that I was pretty – much less asked me to be his girlfriend. But this one did.

We continued seeing each other into our junior college years, and although I was serving in church ministries, I was also playing truant and going over to his house to spend the day there. My parents eventually found out and stopped me from going to church and seeing him at all.

So that’s when I began to lie to them just so I could be with him. How could I let him go? I enjoyed being loved, touched and wanted – things I did not experience in my family. I believed that if I could continue doing well in school, I could prove to them I could manage.

However, they did not allow me back to church, even locking me up at home on several Sundays.

I was full of anger and hatred towards them. The more they tried to restrict me, the more I wanted to break free from them and run away. I harboured thoughts of eloping with my boyfriend, quitting school, starting work and making a life with him.

All I wanted at that time was to be with the guy whom I loved and who loved me in return. So one day, I really did pack my bags and ran away. My boyfriend brought me to a budget hotel, the only place we could afford.

That night, I lost my virginity to him.

From then on, we continued having a sexual relationship – until one day I started feeling strangely unwell. This can’t be, I thought. It couldn’t have been possible; we had taken what we thought were the necessary precautions.

A pregnancy kit confirmed my suspicions. We bought a couple more, hoping we were wrong. But they all tested positive.

It felt like my world had collapsed around me. What had I done? I was only 18! I couldn’t be a mother! My own parents would kill me or disown me. I was in a prestigious junior college, but now I had brought shame to my family.

Unwed, pregnant and headed for Harvard – I thought the choice was clear

I considered all the methods of causing a miscarriage, but the only sure way to solve the problem was to go for an abortion.

My boyfriend was reluctant. He wanted to own up to our parents so that we could get married and keep the baby. But I was adamant that I was not going to let my future be ruined just like that. We had to abort the baby.

And so we made an appointment at a small gynaecology clinic; the procedure itself was smooth and swift – I was able to leave within a few hours. I remember feeling a sense of relief at how easy it had been. No one had needed to ever know about this except him and me. I believed we could one day be legally married and have children then.

For a while, things did go on as normal. We were still sleeping together, nothing had changed, and I was thankful he was there for me all the time. I really saw him as my future husband.

To my horror, he broke up with me suddenly just a few months before my A-level exams. He simply severed all contact with me, and I could not get in touch with him. There was no explanation for the breakup.

The fallout was very hard to bear. No one loved me now that I had been dumped by the man I loved. I didn’t think anyone in my family loved me. I had also neglected my friendships, so I had no one else to turn to during this time.

The days that followed were almost unbearable. I fell into a pit of unworthiness, thinking I had lost my purity, my body – this precious gift for my future husband. If anyone found out about everything I had done, who would want this damaged product? No one would ever love me again.

With the A-levels coming up, the stress was overwhelming. I just could not imagine failing, not when I had never failed anything before, not when I was already struggling from the breakup. I decided that the only escape route was to commit suicide.

I called up a well-known pharmacy, hoping to overdose myself on sleeping pills. Thankfully, pharmacies in Singapore do not sell sleeping pills over the counter. I would have to live down this painful period of my life and go through with my exams.

God was my only pillar of support and source of strength during this difficult time. I would cling onto Him as I studied, before I slept, when I took the exams… And He was so faithful. I passed with flying colours and was one of the top scorers for my cohort that year.

Years later, God would heal me of this experience through a vision, when I suddenly had a flashback to the scene of me in the abortion clinic. He showed me that I was not alone in that moment, but Jesus was right there by my side. Together, we grieved for the unborn child, and He assured me that my baby was in Heaven with Him.

Married at 18 & 21: A redemptive journey of faith, hope and love

For anyone in an unsupported pregnancy, as I was, I encourage you to speak to a trusted friend or mentor. There are other options besides abortion, which only leads to guilt. If you have gone through an abortion before, don’t be ashamed to seek healing and closure. It took me 10 years before I could walk out of the secret shame – you don’t have to do the same.

The article was adapted with permission from Desmond and Elaine Ng’s book Rings on Fire, which was published by Graceworks.