Megachurches and their extravagance: How much is too much?

A few months ago, my friend told me he wanted to change Church. One of the reasons he gave was because he disagreed with how the Church was spending money.

“Why do we spend so much on building Church facilities and running extravagant programmes when we could use all that money to benefit the poor instead?”

Surprised by his question, I quickly replied, “I think it adds to the experience. A good atmosphere leaves a good impression on people, especially for those who are visiting the Church for the first time.”

But he was unconvinced, and so was I. My own reply sounded like a first world justification in contrast to his altruistic concerns.  Providing for the needy seemed like the “better”, and perhaps “correct” answer.

Hillsong is one of the most well-known megachurches internationally. Hailed by the media as a “successful global brand”, it ushers in hundreds of thousands of service attendees worldwide every weekend, regularly produces chart-topping albums and conducts sellout conferences. A recent article also states that Hillsong has a $100 million annual revenue. Tax free to boot!

With a huge wealth of funds on hand, it is no wonder the public and media are highly interested in how Hillsong spends their money.

Just last month, I attended my very first Hillsong Conference – the Hillsong Worship and Creative Conference. As I entered the Baulkham Hills campus – where Hillsong originally started out – I noticed a beautiful outdoor market right outside the main conference hall and let out a soft “wow”. Later on, our hosts introduced it as “The Marketplace”, where people could hang out after the conference for late night fellowship – food, live band and a barber included.

The auditorium also had me floored. There was a translucent fabric draping over the stage, acting as both a curtain and a screen. A looped video of a rainforest was projected onto it. After a while, I noticed there were crew members walking on the steel-framed platform above the auditorium scattering leaves at random intervals for a full immersive experience.

And if that wasn’t crazy enough, the stage lighting was incredibly stunning during praise and worship. The visual effects came together nicely and added to the whole experience.

There were theatrics involved in most of the sermons preached – be it bringing a dog up on stage, wearing an astronaut suit or displaying treasure boxes to drive home a point. The crowd was constantly entertained; it was nothing short of amazing.

One of their designers mentioned in a co-lab session: “Just because it’s Christian, doesn’t mean it should be second best.”

They definitely weren’t kidding about that.

In 2 Samuel 7:1-2, the Bible records King David’s decision to build a temple for God. To this point, following the Israelites’ exodus from Egypt, God’s presence was resting in the ark of God – where the tablets holding the Ten Commandments were stored. The ark was kept in the Tabernacle, a huge tent that could be put up and taken down easily as the Israelites moved towards the Promised Land.

At this point of his declaration, King David had just reclaimed possession of the ark, as it had been stolen by enemies. He placed it back in a tent, but decided it wasn’t reflective of his love and reverence for God. This temple, he decided, “must be exceedingly magnificent, famous and glorious throughout all countries” (1 Chronicles 22:5).

And so King David set aside materials of gold, silver and precious stones, assigning his son, Solomon, to build the House of God. The Bible states that the Temple was so grand, its inner sanctuary was completely covered in gold.
Talk about extravagance.

In a response to the grand gesture, God reminded his people that He doesn’t need a temple – or extravagance – but He saw King David’s heart and accepted his offering as a form of worship. His only condition was that the nation be faithful to Him (2 Samuel 7:5-7, 1 Kings 9:3-9).

I understand my friend’s concern. It doesn’t seem right for Churches to look “expensive” and “extravagant”, because stewardship of money is important. But I think the more important question is: How does this align with God’s will?
In Luke 16:9, Jesus said, “I tell you, use worldly wealth to gain friends for yourselves, so that when it is gone, you will be welcomed into eternal dwellings.”

The Bible is clear that good stewardship is not about the amount we spend or save, but how that amount will impact a person’s eternity. At the end of the day, you can’t bring any money to heaven – you bring souls. Money is simply a tool, a resource, to reach that goal.

Granted, giving to the needy is one of the most direct ways of reaching out to people, but this form of giving isn’t the only way of showing Christ to the world.

I remember feeling moved and inspired as I sat through the 3-day Hillsong conference, and experienced for myself the hearts behind the extravaganza. Every single “performance” – be it the songs, stories or sermons – was geared to one obvious direction: To reveal Christ through beauty and excellence.

If spending some money brings people one step closer to Christ, it’s all worth it.

In their own words, the team was “gathering all artisans to explore our calling, respond in worship and create with beauty, to fulfil Jesus’ Great Commission.” The Great Commission to make disciples of all nations.

In her sermon, Cass Langton, Creative Director of Hillsong Church, expressed it like this: “The Church needs artists to help the world see clearly what we feel vaguely”.

You see, the performances you see in Churches aren’t just a show – they’re worship. They’re outreach.

It’s understandable why people might look at the glitz and glamour of megachurches and be skeptical of the unconventional form of impacting someone’s life. But as Paul said “I have become all things to all people so that by all possible means I might save some.” (1 Corinthians 9:22).

If improving facilities can attract people to Church, if performing a play can communicate the Gospel more effectively, if spending some money brings people one step closer to Christ, it’s all worth it.

After all, people are always worth it. 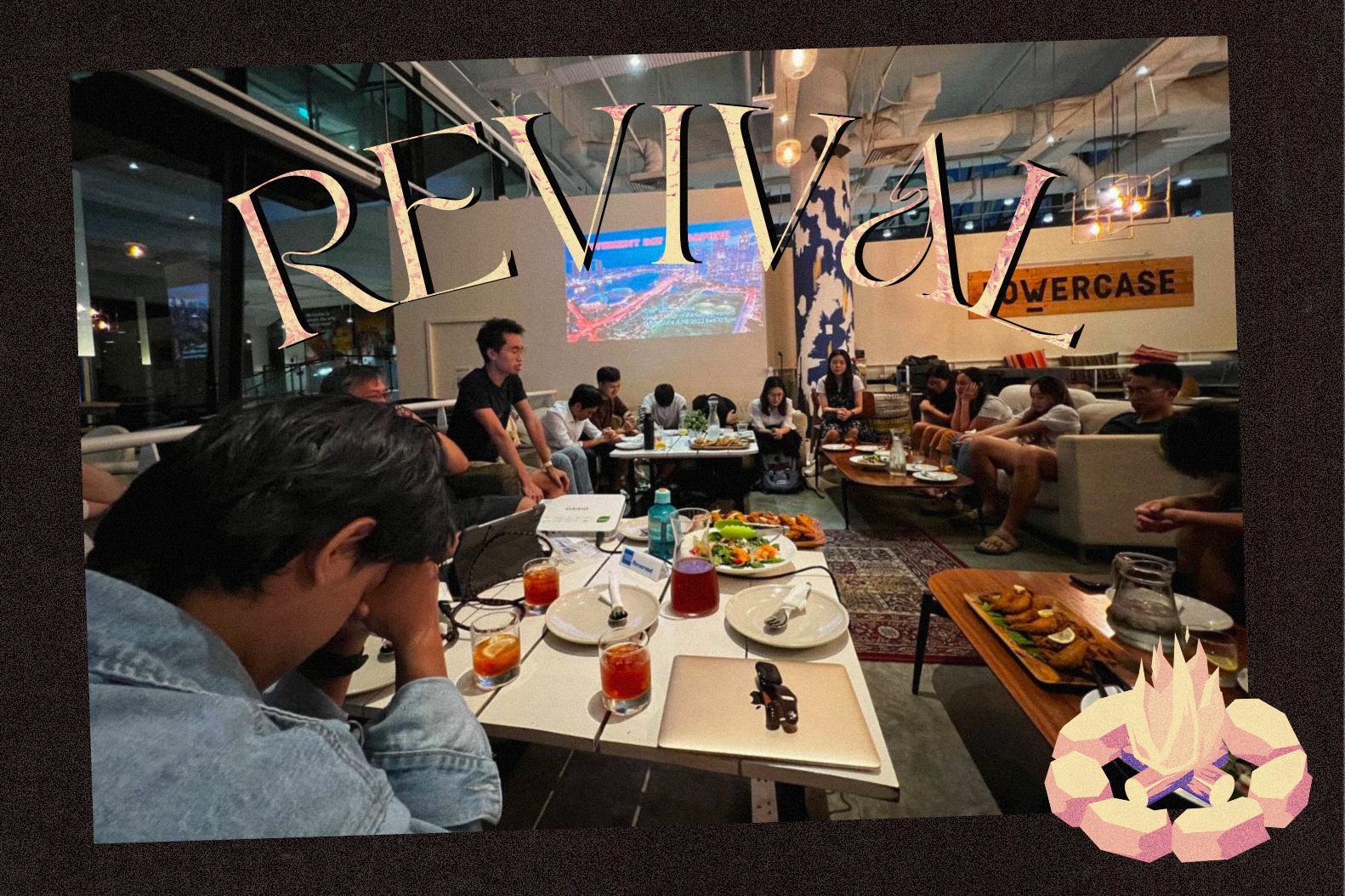