The most important plot twist of all time

I sang the lyrics, word by word, as a prefect helped us follow the song with a pen on the well-used transparency.

In my Primary school, we used to sing songs about Him almost every day after recess – but was He real? To me, He was possibly another famous person or deity – an ang moh one – that people worshipped, not too unlike the ones I had on altars at home.

But I sang those nice-sounding and comforting songs anyway.

His name – Jesus Christ – would invariably involve talk of His death, how He loves me, and that He died for me. I used to wonder: What does that even mean? Why did this man die for me?

I would only realise much later that there’s a peculiar reason why the death of Jesus Christ translates into profound hope – even, and especially, in the darkest of days – for all who believe in Him.

There is hope – because even though His death on the cross felt like a plan gone wrong, it was all part of God’s Plan A.

WHERE IT ALL WENT DOWNHILL

From AD26 to 36, almost 2,000 years ago, a man named Pontius Pilate served as the Roman Governor of Judea, a province where modern Israel is today.

The chief Jewish priests at that time brought before him a charge against Jesus, a Jewish man, for claiming to be the Messiah – the Chosen One, the Christ – whom the Jews believed would deliver mankind from sin and back to right-standing with God.

Pilate was convinced that Jesus was innocent of any crime that warranted death, but he also knew that the respected chief priests were enraged and wanted Jesus dead because they didn’t believe that Jesus was who He claimed to be.

The politician saw an opportunity to save Jesus in the upcoming Passover: By the goodwill of the law, the Roman Governor was allowed to release one Jewish criminal before the festival, so he gave the people the choice to release Jesus Christ – whom he had found to be innocent – or Barabbas, a well-known prisoner and murderer at that time (Luke 23:19).

Jesus had to die to overcome death, and come back to life so that love could prevail forever.

The crowd was insistent on having Jesus crucified (Luke 23:23), so they chose to set Barabbas free (Luke 23:25). If you were there watching this unfold, you might be thinking: What?!

But here’s the first zinger in the great plot twist: Jesus already knew that all these would happen.

More than once, Jesus told the people closest to Him – His disciples – that He had to go to Jerusalem to “suffer many things” at the hands of the elders, the chief priests and the teachers of the law (Matthew 16:21); He will be killed and then raised again three days later.

Imagine their shock when they heard that Jesus would soon die as punishment. One of His disciples, Peter, said to Him: “Never, Lord! This shall never happen to you!” (Matthew 16:22)

Peter’s response was insubordinate but understandable. After all, Jesus –whom Peter believed to be the Messiah who would save the world – just said that He was about to be killed. How was that saving the world?

Wouldn’t that simply be … game over?

THE PLOT TWIST WAS THE PLAN

Death is our greatest opponent in the natural world. The weakness of our flesh and our running out of time are themes central to humanity as we know it – and I think the saddest thing about death is that it comes against love.

Losing my mother used to top my list of fears. I used to wonder if I could survive – in every sense of the word – without her. What would I do without her? Who would be the voice of reason that shouts at and invades my insensibility?

Perhaps Peter was raging against the same sense of loss; He was about to lose Jesus, the one whom he believed has come to save the world.

For all the confusion and shock that the news of Jesus’s impending death caused Peter, there was a greater plan that Jesus wanted his disciples to understand – there was more to what their eyes could see and their minds could fathom. There is always more. 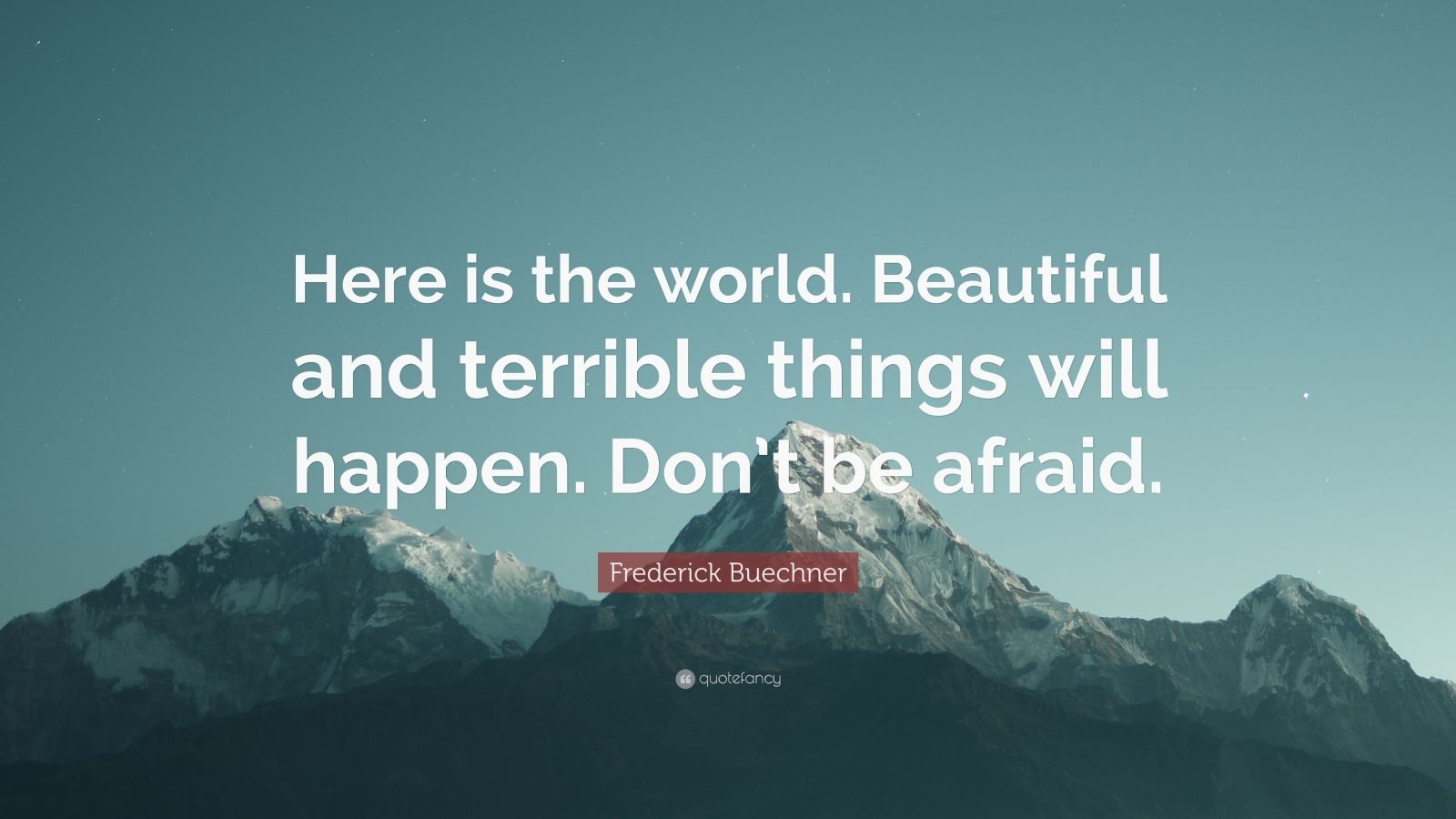 Jesus would overcome the world – through death and resurrection. He had to die to overcome death, and come back to life so that love could prevail forever.

So if there’s only one legitimate reason why we shouldn’t be afraid, it is this: I can trust the guy who overcame death out of His love for me.

Since His finished work on the Cross, Jesus Christ is still very much in the business of dethroning death and peddling peace in the midst of our human chaos. He instructs us to be strong and take heart even though we will have trouble in this present life.

“I have told you these things, so that in me you may have peace. In this world you will have trouble. But take heart! I have overcome the world.” (John 16:33)

It’s not instinctive, especially if we look at the state of affairs today. But dark nights cannot come against real Hope that has a plan.

CONTROL IN THE MIDST OF CHAOS

We can learn from Peter’s exchange with Jesus that everything was always under control – right down to the part where He had to die.

Even when things seem to have all gone south for Jesus, it was all part of the divine plan from the start.

And that’s the great plot twist that turned the course of human history around: Jesus had to suffer and die at the hands of evil men – and that was how He saved the world.

This is my challenge for us: Fiddle with the buttons, change the frequency and get in tune with God’s higher reality.

Suffering and evil don’t contradict God’s plans or chip away at His ability to work for our good (Romans 8:28). No matter what life may throw at us today or tomorrow – He is with us today in our sorrows and He will come for us again with eternal joy.

As we live painfully aware of both the beautiful and terrible things that are happening in our individual and collective worlds, this is my challenge for us: Fiddle with the buttons, change the frequency and get in tune with God’s higher reality.

The rejoicing Christian life (Philippians 4:4) is not a call to be blind to present suffering, but to remember Jesus’ promises to us, and to believe in Him.

Don’t be afraid. Take heart, and rejoice – His great plot twists are always just around the corner.