Many singles wrestle with the question of who is Mr (or Ms) Right.

“But the better question is: Who is God’s choice for us?” asked 33-year-old medical doctor Tam Wai Jia.

Better known for founding Kitesong Global, an international non-profit that empowers underserved communities through inspiring youth into action, Wai Jia’s journey of how she came to know her husband is a story that’s just as worth telling.

Sharing parts of her testimony at the Kallos Conference earlier this year, Wai Jia said that Cliff was truly God’s choice for her – although this wasn’t always so clear at the start.

Married in 2012, the couple first got to know each other after chancing upon each other’s blogs. In fact, it was Wai Jia who first left a comment on Cliff’s post when she stumbled across his testimony by accident, after googling about triathlons, her hobby back then.

At that time, Cliff was living in Toronto, Canada, while Wai Jia was based in Singapore, so most of their initial correspondence was through email.

“It was a complete accident, I was not looking for love!” said Wai Jia.

Despite the long-distance communication, Cliff shared in a separate video interview that he already had an inkling that Wai Jia was the one he would marry. So when an opportunity to travel to Cambodia came up, Cliff decided to use this chance to stop over in Singapore.

However, Wai Jia admitted that she was still undecided on whether Cliff was Mr Right after meeting him in person.

She said: “When we think about our relationships, we often imagine it being picture-perfect. We only think about the good parts; the ones that make us feel warm and fuzzy.

“A lot of times, when we think about the right candidate, we may have our own checklist. But God has a different checklist.”

During Cliff’s visit to Singapore, Wai Jia had prayed for God to give her a clear sign to let her know whether or not he was God’s choice. Time and time again, God made those signs clear, up to the point for Cliff’s departure.

Wai Jia said: “I was trying to avoid him, so I set him up with a missionary friend for dinner so I could stop playing host. That evening, my missionary friend texted me an hour before dinnertime to ask me to meet Cliff instead, as a student he was coaching had broken a bone and he had to rush to hospital. That evening essentially became our first ‘date’.”

To Wai Jia’s surprise, Cliff’s flight was also cancelled because his plane broke down. Unconvinced that this could be the sign she had asked for, Wai Jia again prayed to God for a clearer sign.

The next day, Cliff was once again kicked off his flight – there were only three seats left for four passengers, and Cliff was the one who hadn’t been picked to board.

Stranded in Singapore, the pair went out for dinner, and it was that same evening when Wai Jia was finally convinced.

On their way home, they had bumped into Grandpa Zhou, an elderly man whom Wai Jia had built a friendship with over the years. She would frequently see him playing the harmonica near the MRT station she would go to.

Looking at how Cliff interacted with Grandpa Zhou as if they were long-time friends, her heart was moved by his love for Grandpa Zhou.

“I think God knew that was all I needed to see,” said Wai Jia, elaborating on this incident in a separate video interview.

But shortly after meeting Wai Jia in Singapore, Cliff, who had previously undergone a liver transplant at 10 years old, encountered a health crisis where his liver enzymes were dangerously high.

While these numbers later miraculously went back to normal, Cliff’s condition presented various risks and led many, including Wai Jia, to question whether Cliff was indeed the right choice for her.

“Cliff is immunocompromised, and I’m a doctor who wants to do missions. In our worldly eyes, it’s understandable why people would think we’re not the right fit,” shared Wai Jia.

If she were to choose someone to marry, Cliff would have been a very bad choice because of all his health complications, but this was when Wai Jia learnt how to not lean on her own understanding (Proverbs 3:5-6).

“I thought to myself, is this how we make our choices? Does someone we love have to be perfect in every sense of the word before we make our decision? Is our decision based on a risk factor or the probability of this person leaving you?”

As it turned out, Wai Jia was still able to pursue her passion for missions – now with the support of a loving and wise husband.

Although the newlyweds encountered many difficulties when they were planning to go to Uganda shortly after getting married, none of these prevented the Lord’s work from being done.

Wai Jia recounted: “Cliff was actually not able to go because his liver transplant disqualified him from taking the yellow fever vaccine, which was compulsory for people travelling to Uganda because the risk of malaria and yellow fever was high. It can also be life-threatening especially for someone with liver cancer.

“But Cliff himself said that he will trust in the Lord and go where He leads, and we were able to go in the end. God opened a miraculous door for us to cross paths with an infectious disease specialist who wrote the yellow fever guidelines and wrote him a waiver letter for entry to Uganda.”

Encouraging everyone to put their trust in God, Wai Jia said that when we choose to do so, the outcome can sometimes turn out to be very different than expected.

The couple ended up staying in Uganda for a year to do mission work in a malarial zone – and not once were they infected by malaria, which attacks the liver.

“God released me completely from the fear of losing Cliff, something I had struggled with before,” shared Wai Jia.

“While we were there, thoughts of Cliff getting sick were always at the back of my mind. But this experience was a reminder for me to trust in the Lord with all my heart and not lean on my own understanding.”

Addressing a question from a conference participant on what happens if a person ends up marrying the “wrong one”, she said: “I believe there are natural consequences when we make mistakes, and sometimes we pay for it deeply.

“But I would say that God is in control in spite of all our mistakes. No one really knows the right answer. The key is not to overthink these things, but to obey God from the start till the very end.”

Elaborating on how we can keep things simple, she explained: “The simple way is to ask, what is His mark for our lives and how can I allow His grace to enable me to hit that mark?

“All of us have a unique call and we need to ask God who’s the right person for us, so that our call can be amplified for His glory. When you choose someone of God’s choice rather than your own, that is hitting the higher mark that God has for your life.”

Wai Jia added: “Having said that, I also want to encourage those who are single to find their all in all in Christ. At the end of the day, being in a relationship is not better than being single. The key is to trust God in all things.

“So let us not focus on what happens if we choose the wrong one. Why even go there? Just focus on God and ask Him, who is the right person you have for me?

Reminding those who are single to find contentment in God, Wai Jia pointed out that Jesus Christ is the only One who can provide for all our needs – even after marriage.

“Even now my husband cannot be my all and all. The Lord has to always be our all and all,” she said.

For those still wondering about who their right one might be, Wai Jia has an even more important question: Would you first allow for the Lord to be your Mr Right, far above any earthly Mr (or Ms) Right?

Is God sufficient for you?

Cliff and Wai Jia have counselled many couples and their heart’s desire is for young people to pursue godly relationships. Currently studying for his Master of Divinity, Cliff is running a series of webinars covering topics such as dating, courtship and marriage. The next session is on Thursday, November 26. To find out more, check out this link. 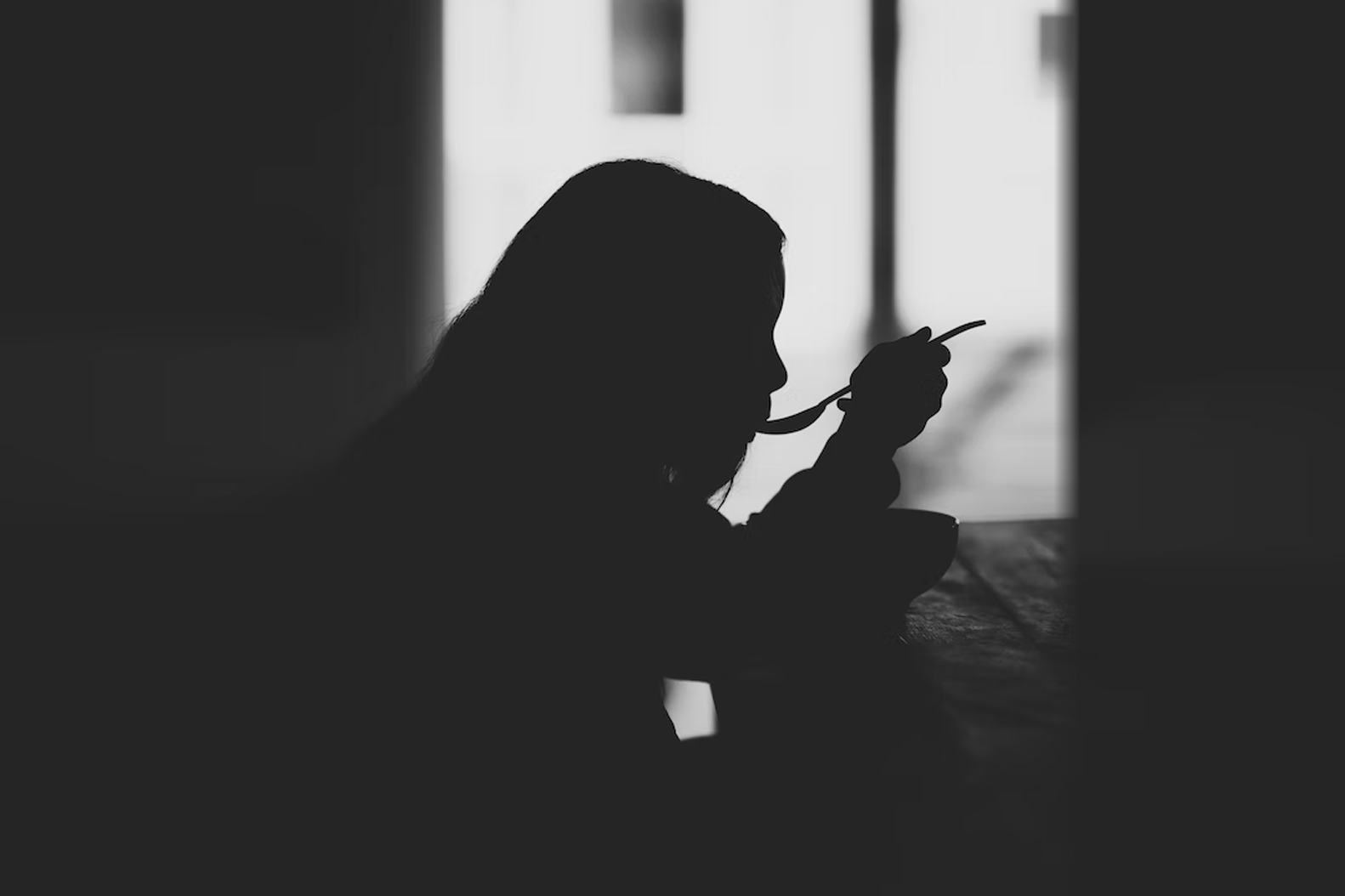