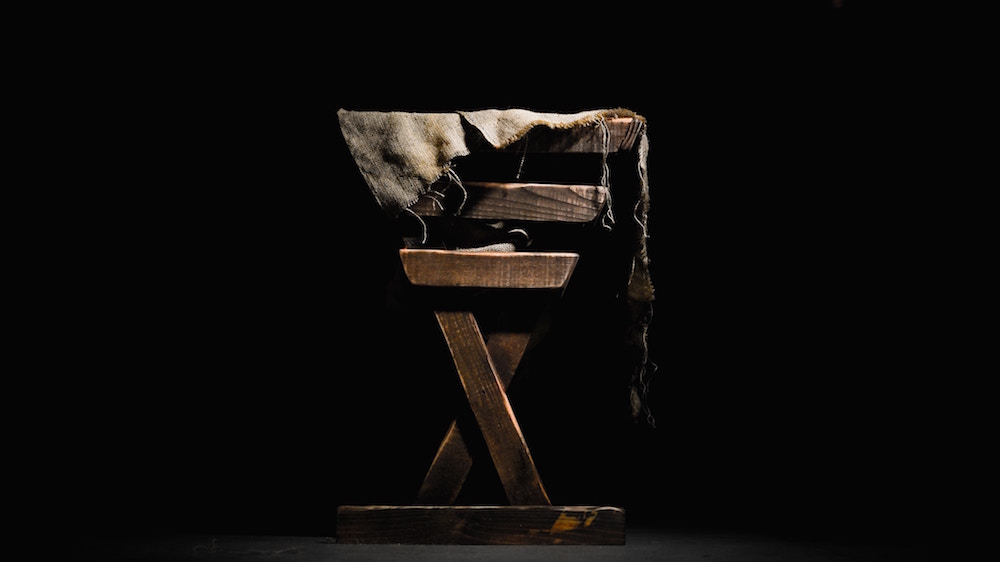 Singaporeans might find this hard to imagine, but there’s something about the birthplace of Jesus that speaks so loudly of the Saviour we serve.

If we teleport ourselves back to the night Jesus was about to be born, over 2000 years ago, we won’t be greeted by fairy lights and soft blankets but a dimly lit, dingy barn quite unlike any of the romanticised versions of Christmas we now know. Even a nativity scene out of a hospital would have been preferable.

It was not (at all) sterile. There was no medical crew on hand to help with the messiness of childbirth. The air probably smelled like animals and their excrement. Nobody would have even wanted to stay the night, much less bring a baby into the world there.

In Luke 2 we learn that Mary and Joseph really didn’t have much of a choice – all the inns were booked out (Luke 2:7) and nobody would take them in.

At this point, Mary is heavily pregnant, the newlywed couple is probably still feeling stigmatised from a society that might not believe her story of the Virgin Birth, and they’re far away from family as they know it – all because they’d been so-called tasked with carrying God’s Son into the world.

“… The time came for the baby to be born, and she gave birth to her firstborn, a son. She wrapped him in cloths and placed him in a manger, because there was no guest room available for them.” (Luke 2:6-7)

Now they’re out in the streets having His baby, and if it had been you or me, we’d probably be wondering (and Whatsapping) where is God when we need Him most? In all caps.

It was pathetic, even if He hadn’t been the firstborn Son of the Most High God, our King of Heaven, the Prince of Peace. There He was, lying in a feeding trough for slobbering animals – this mangy manger – not in a royal cradle decked in gold (as I’d have imagined it), not even in a simple, clean cot.

We are followers of an all-powerful but all-loving King whose mission was to identify with our pain, humiliation and suffering.

It was a common corn crib whose primary purpose was to hold dirty hay and food scraps. Mary would have chosen better, but she was exhausted from labour and as clueless as any first-time mother. Here’s the Son of God who’s never left Heaven, sent to earth on the mission trip of all mission trips, and on His first night, in His new, fragile human frame, sleeps among animals in a forsaken part of town.

So painfully heart-wrenching, for those of us looking in.

We know God didn’t abandon them to such conditions. But why would He then purposefully ordain such a setting for His Son’s divine entry into the created world?

Unexpected, unlikely and unusual – His modus operandi has never changed. Right from the start, right down to the place where He was born – Jesus was and has always been God’s message to humanity.

He did not come to be served but to serve; we are followers of an all-powerful but all-loving King whose mission was to identify with our pain, humiliation and suffering. His only crown on earth was a crown of thorns (John 19:2).

“… He had no form or majesty that we should look at him, and no beauty that we should desire him. He was despised and rejected by men, a man of sorrows and acquainted with grief; and as one from whom men hide their faces he was despised, and we esteemed him not. Surely he has borne our griefs and carried our sorrows …” (Isaiah 53:3-4)

From the minute He dwelled among us, Jesus did not lead a glamorous, comfortable, pain-free life. The manger highlights how God sent us Himself in the form of His Son, borne of flesh and blood – not just that we might be saved from the wages of our sins through His death on the Cross, but that we live knowing He empathises fully with our earthly weaknesses, griefs and sorrows (Hebrews 4:15).

“For he is the complete fullness of deity living in human form.” (Colossians 2:9)

When I am afflicted with trial, I recall the manger.

When I am confronted with discouragement, I recall the manger.

When I am challenged by dire circumstances, I recall the manger.

The dirty, messy, smelly manger. Jesus willingly lay there, and so will I.

As we prepare Him room in our hearts to dwell this Christmas, we remember the manger and join the heavenly host of angels in declaring: “Glory to God in the highest heaven, and on earth peace to those on whom his favour rests.” (Luke 2:14)

This is a submission from a participant of our Christmas Gift Exchange. From now till the end of December 2017, we are giving away a limited edition Thir.st Tumbler in exchange for every story on the Christmas themes of love, joy, peace, hope and giving. Click here to find out more.