A divine rerouting: When I didn’t do as well as I expected for my A-Levels

What happens when your A-Level results puts your desired course out of reach? What do you do when God calls you on a different trajectory from the path you would have chosen?

The only thing I remember was devastation when I received my A-Level results slip three years ago.

I love practical work that involves manual dexterity (my hobby is building miniature model kits), so I had fully set my hopes on getting into dentistry. I really liked that it was a meaningful vocation too, so I worked hard towards this goal.

But once I saw that I didn’t get straight As, all my hopes and dreams were shattered.

Objectively, I did very well. But it still wasn’t good enough for such a competitive healthcare course. I was (and in some ways still am) a very single-minded person. I don’t chase after many things, but once I do set my heart on something, I commit wholeheartedly and it’s difficult to change my mind.

Single-mindedness is a double-edged sword – it gives you determination and drive, but no option for failure. Where was I supposed to go now? I didn’t have any backup plans.

Amid my disappointment and anxiety, I remembered something God had told me just two weeks before receiving my results, when I was anxiously praying to get results that made the cut.

“Are you ready to let Jesus take the wheel?”

At that time, my answer was “yes”. But after I realised that letting Jesus take over as captain of my ship meant that I was veering vastly off course from where I had originally planned to go in life, I wasn’t so sure anymore.

Could I really trust Him to lead me through this uncharted territory?

Not getting the course I worked so hard for

For some unfathomable reason, I applied to both dentistry and communications. I don’t even know why I applied to the latter; I can only say that I was following the Holy Spirit’s leading to apply to a course I had never even considered before.

While praying for direction and looking through the whole plethora of available options, communications stood out the most to me. I had a strong sensing that my presence here could make an impactful difference.

Long story short, I quickly received an offer to study communications, but there was no news from dentistry. Stubborn me wasn’t ready to give up my dream without a fight, and I seriously considered appealing.

But I couldn’t shake the niggling feeling that the rejection was a divine rerouting and, by insisting on going my own path, I was rebelling against God.

After my A-Levels, my dreams were dashed and I couldn’t see the road ahead

As I prayed and fretted over whether to appeal, a still small voice came to me.

It wasn’t a scolding; it was a gentle and comforting response. But that wasn’t the answer I wanted to hear.

I had to ask myself: Why was I fighting God? Blinded by my own pridefulness and presumption, I couldn’t believe that God’s plans were better than mine. I realised I didn’t trust Him.

There is a line from “Oceans (Where Feet May Fail)” by Hillsong that goes: It was difficult, but I decided to obey. And the decision, which was made contrary to my natural human instinct, came with such a supernatural sense of peace and assurance that I knew it had to be from God.

It gave me the courage to step out in faith.

When “no” meant something better

Even after entering university, I struggled with doubt almost every day and considered dropping out from my communications course. I struggled with some of the worldviews that were being propagated, and found it hard to reconcile these with my faith.

But I hung on, trusting that in due time God would show me the reason why He had brought me here. I couldn’t quit until I had accomplished my mission.

Along the way, God also brought good friends into my life who constantly encouraged me to press on. They surrounded me with the warmth of community that I had never experienced in junior college and were such strong pillars of support. If I hadn’t taken this path, I would never have found these friendships! To me, “no” is always the saddest answer to hear from God. But through this experience, I learnt that “no” doesn’t mean no hope! In fact, it usually means God has better plans for us.

Something my pastor said struck me too: Is it really a sacrifice if what God has in store for me is so much better?

Trusting in a person, not a map

I used to be the kind of person who wanted the entire map of my life.

I already had it all planned out in my mind: I would study my dream university course, find my future spouse there, get a stable job I enjoyed, marry and have kids by the age of 30. I needed a long-term direction and sense of certainty.

So you can imagine how difficult it was for someone like me to just embrace whatever God had for me when I knew neither why nor what I was going to do there. The only thing that I knew for certain was that God had a purpose for me.

Then Jesus said to his disciples, “Whoever wants to be my disciple must deny themselves and take up their cross and follow me. (Matthew 16:24)

I found that this was really a process of dying to self, of surrendering all my desires to God and intentionally choosing to follow Him no matter the personal cost.

For the first time, I learnt what this verse meant. Why would I need faith if I already knew exactly how things would play out?

It was precisely because I had absolutely no clue that I grew in faith, to trust that God had good plans for me even when I couldn’t see it yet! Three years later, as I sit here writing this article as part of my internship, I see now that God’s plans were infinitely better than my own!

I wanted dentistry because of the prestige and self-glory, but now I write for His glory.

I wanted dentistry because I wanted to do what I love, but now I am doing what I love most – talking about Jesus and preaching the Good News.

I wanted dentistry because I could impact lives, but now I am doing something just as meaningful. Nothing brings me more joy than partnering with God and helping people to grow in their faith!

Never had I imagined such a trajectory for my life. But I now realise that God was equipping me with skills through which I could serve Him in new ways!

I don’t have to be afraid even as I navigate these uncharted waters because I know I can trust the Sovereign Captain of my life’s ship.

It is really encouraging to finally realise that my existence in school is not arbitrary.

It was painful, and I didn’t understand it at the time, but God was actually doing a divine rerouting in my life. Although I don’t know what the rest of my future holds, I know who holds my future.

I don’t have to be afraid even as I navigate these uncharted waters because I know I can trust the Sovereign Captain of my life’s ship.

I know He holds the map, and that in His time He will guide me along the path He knows is best for me, where I can best be used for His glory! 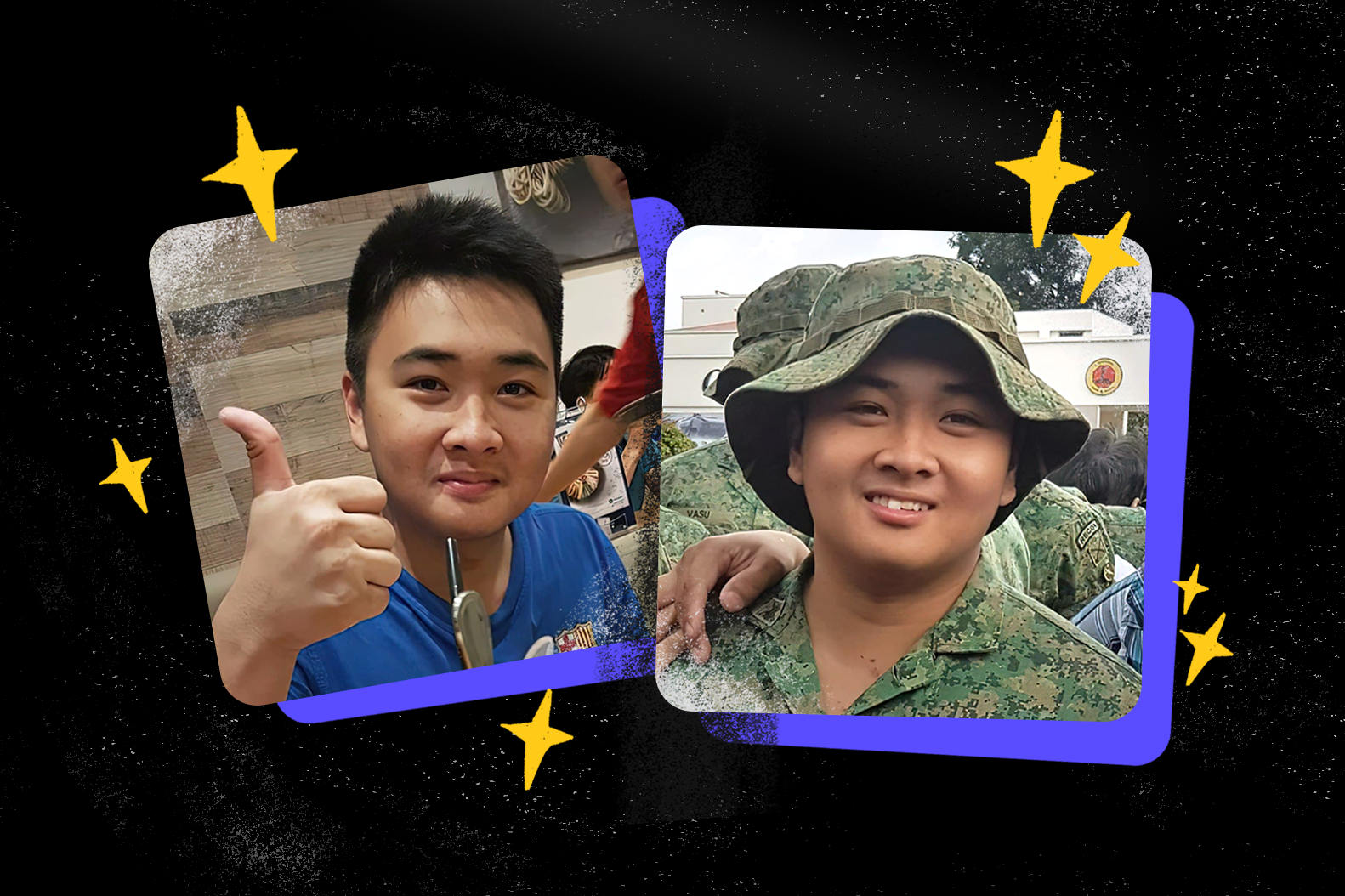