We’re living in the worst of times, and also the best of times.

The question has been asked many a time: “Why is there evil in the world?”

The worst of times.

In the time of Noah, the flesh of men had corrupted the earth. The wickedness of man was great in the earth, and every intention of the thoughts of his heart was only evil continually. And the Lord regretted that he had made man on the earth, and it grieved him to his heart. Now the earth was corrupt in God’s sight, and the earth was filled with violence (Genesis 6:5, 6, 11).

And so it remains. Just a few days, the Syrian government unleashed chemical weapons on a rebel-held city. In response, American President Donald Trump ordered airstrikes on Syria. The earth is filled with violence. Not just now, but since Noah’s time.

This is the worst of times. What about the best of times?

God provided salvation through the ark. God saw a man, Noah, who was instructed by God to build the ark to save all who believed in God. But do you realise as you read the Bible that only 6 others were saved?

Fast forward to Matthew 24, where Jesus said that in the end-times you will hear of wars and rumours of wars. Don’t be troubled. Nation will rise against nation (Matthew 24:7). Today we see this all over the world. In Myanmar, between the Buddhists and the Muslims. In South Thailand, between the Muslims and the Buddhists. You look at Turkey, the Kurds and the Turkish.

This is all over the world: People group will fight against people group. Kingdom against kingdom.

Jesus said in Matthew 24:12 that lawlessness will abound. Now, around the world, we see this manifesting in two forms.

First, violence. Killings. Look at the recent Stockholm terror attack. In 2001, terrorists flew jets and crashed into the World Trade Center in New York City. What do they do now? Now they hijack trucks and drive at a high speed and crash into a crowded mall, where there are plenty of people. Lawlessness will increase and it will manifest in violence.

Second, it’ll manifest in the Devil using man to pervert what God has created. To pervert marriage between a male and a female. To pervert the family – what a family constitutes. The devil is out to destroy maleness and femaleness. 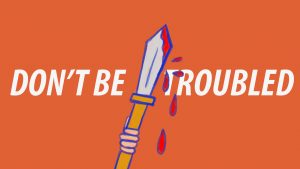 If you study missiology, you’ll find the gospel is moving into almost every unreached people group – from town to town, village to village, whether it’s in India or Papua New Guinea. In East Timor, churches are being planting all over. We’re in very exciting times.

Ephesians 5:26-27 says that the Church at the end-times is without spot or wrinkle. Don’t get stumbled, don’t get distracted when you see things happening at any local church. The larger Church of Christ is without spot, without blemish. It is an empowered church. It will be the best.

The Prophet Isaiah even prophesied about this, way way back. In Isaiah 60:2, he says, “Behold, darkness shall cover the earth, and deep darkness the people, the people of the earth.” That’s the worst of times. But what is the best of times? “But the Lord will arise over you, and His glory will be seen upon you. The Gentiles shall come to your light, and kings to the brightness of your rising.”

Unless we understand and know the consequences of sin and how terrible sin is, we will not appreciate the Cross.

In Romans 1:29-32, we read about the sinfulness of man. People “filled with all unrighteousness, sexual immorality, wickedness, covetousness, maliciousness; full of envy, murder, strife, deceit, evil-mindedness; they are whisperers, backbiters, haters of God, violent, proud, boasters, inventors of evil things, disobedient to parents, undiscerning, untrustworthy, unloving, unforgiving, unmerciful; who, knowing the righteous judgment of God, that those who practice such things are deserving of death, not only do the same but also approve of those who practice them.”

Inventors of evil things. Until September 11, 2001, we never knew people could hijack a plane and crash it into a building. Now people ram trucks into crowded places. 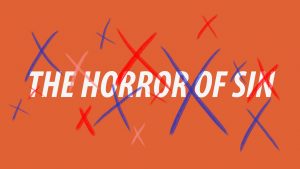 That is the horror of sin that was laid upon the Lord Jesus Christ – which is why he had to suffer. He came as the Son of God, the Son of Man; his sufferings were physical, mental, emotional. He was so beaten, as was prophesied in Scriptures, that he was beyond recognition. From Isaiah 52:14, “Many were astonished at you, His visage marred more than any man, and His form more than the sons of man.”

Isaiah 53:3-7 gives us further description of his sufferings, Jesus “despised and rejected by men, a Man of sorrows and acquainted with grief.

The Lord laid on Him the iniquity of us all (Isaiah 53:6). Every aspect of His suffering is for some aspect of our iniquity. Isaiah 53:5 says He was wounded for our transgressions. What are transgressions? Transgressions are when we sin and cross the line and break the commandments of God. He was bruised for our iniquities. That’s our tendency to do wrong, towards wrong behaviour traits, wrong attitudes, temper tantrums, outbursts of wrath.

He was the chastisement for our peace – we need his peace. And our healing: By his stripes, we are healed!

There were 2 things that Jesus said on the Cross that I want to highlight. The first one is in Matthew 27:46, when in the 9th hour, Jesus cried out in a loud voice saying, “Eloi, Eloi, Lama Sabachthani?”

If you read all the Gospels, in Matthew, Mark, Luke, John, you find that Jesus always addresses God as His Father. For example, He said, “He who has seen me has seen the Father”. And He said, “I do nothing except what I see the Father doing.” He always related to God as His Father – except this moment on the Cross.

Here he tasted death. What is death? Death is separation from God. When we die physically, our soul and spirit leave this physical body, and our spirit and soul either go back to the presence of God, or it goes to a place called Hades. And the physical body remains on this Earth to decay, to be burnt, to decompose and to return to ashes. How we need a glimpse, a revelation of the Cross! How we need a revelation of what Jesus has done for us on the Cross! We have a glimpse of this in Luke 16:24, the parable told by Jesus about the Pharisee and Lazarus. The Pharisee was proud, and ended up in Hades, where he cried out, “Have mercy on me! Send Lazarus, that he may dip the tip of his tongue in water and cool my tongue, for I am tormented in this flame.”

The torment in Hades is even not the final destination. After the 1,000 years of millennial reign and rule, at the judgement of the Great White Throne, everyone in Hades will be thrown into the Lake of Fire.

The Lake of Fire is empty today. But at the time of judgement, the Antichrist, the false prophet and the Devil himself, Satan, will be thrown in, followed by all categories of haters of God, who reject God, as mentioned in Revelations 20.

We must never, never, never trivialise what Christ has done for us on the Cross. Never take for granted our celebration of His death and resurrection.

We are ungodly. We have no consideration for God in our lives. We are sinners. We rebel against the commandments of God. We were God’s enemies. Anyone who is not on God’s side is His enemy. Which is why we need to have peace with God. We need to understand the hideousness, the heinousness of sin. The ugliness of sin. The wickedness of sin.

The horror of sin.

Why the Cross? Because we need to appropriate the divine exchange provided for us at the Cross. On the one hand, you have Man. A sinner, unrighteous. And the wages of sin is death – Man deserves death.

But on the other hand, Jesus was perfectly righteous. There was no sin in Him. But our sin was placed on Jesus. He took our sins. He died on man’s behalf so that His righteousness can be given to man.

He bore our sins. In exchange, that we, who are sinners, deserving death, instead of dying eternally – we become the righteousness of God in Him.

We have the righteousness of God. Pastor Daniel is the Senior Pastor of Bethesda (Bedok-Tampines) Church. Prior to full-time ministry, he had been in the financial markets for over 20 years. He speaks regularly at Pastors & Leaders Conferences in various countries and especially in West African nations. He is on the faculty of Haggai Institute & Tung Ling Bible School. He serves on the leadership team of the Love Singapore Network of Churches.