What keeps us human: Senior pastors on sin, shame and struggle in ministry

“It’s a ministry of liberty, of freedom. Freedom to be who we are and who we are not, honestly before God – a freedom to come into His presence and look at His glory.

“But you know what? God will always come forth glorious and victorious.”

The former Senior Pastor of FCBC was speaking at LoveSingapore’s Summit 2020, where over 600 pastors and church leaders had gathered for an annual sharing of lives and joint vision for ministering to the nation.

On the opening night of the 4-day conference, the LoveSingapore Chairman set the tone with a vulnerable message on personal failure in ministry and the importance of “taking off the veil” and living authentically before God and men, regardless of how it may make us look weak or bad.

WHEN THE GLORY FADES

Referencing 2 Corinthians 3:13-18, where the Apostle Paul writes about Moses putting on a veil on his face to hide from the Israelites the fading glory of meeting God on Mount Sinai, Pastor Khong cautioned against hiding our weaknesses from others, especially as ministers.

Because of what Moses did, possibly to create the impression that the glory was still very much there when it was increasingly not, the Israelites to this day are said have a figurative veil that “covers their hearts” (2 Corinthians 3:15) – they cannot see the truth of the glory of Jesus Christ. This was the consequence of a veiled leader. He then shared about his early days as the Senior Pastor of FCBC, a difficult season that took such an emotional toll on him that it saw him return to his chain-smoking ways of the past. It wasn’t as severe as two packs a day as it once had been, but every night after dinner, Pastor Khong would hide in his bathroom and release his frustrations with a single cigarette.

“Every Sunday before I preached, I would ask God to forgive me. And I think God wasn’t concerned with that one cigarette, but it was a darkness – it was a veil.

“It was me trying to pretend that things were okay when things were not okay with me. I was a great preacher, but deep inside me something was still dark.”

It was only a year and a half later, during a family worship session at home, that his then 5-year-old daughter innocently called him out for smoking. He tried to convince her otherwise, but this was when God brought to his heart a sermon he once heard on this very passage, 2 Corinthians 3:13-18.

The victory was that I would live a transparent life before my people… not bluffing myself that I’m perfect but walking in humility before God.

“This is what the Lord said to me, ‘You think that you have bluffed your daughter, but she knows you smoke. From tonight onwards, because you put on a mask, whenever she comes to church and hears the Word of God, she will wear a veil and her spirit will not be open to the truth of God.”

“That did me in,” Pastor Khong said. “Because if I caused my child to lose an openness to the Lord – God please have mercy!” On the spot, he confessed the truth to his daughter and asked her to pray for his freedom. He never went back to smoking after that.

“The victory wasn’t just over the smoking; the victory was that I would live a transparent life before my people, before my children, not bluffing myself that I’m perfect but walking in humility before God.

“And from that day onwards, I saw God doing even greater work in FCBC. Because when you pull the veil down, the veil over the faces of those you are ministering to will also be down.”

He concluded: “If you fake it, your whole congregation will fake it. They will know all the spiritual jargon but lose the reality of God.”

TAKING OFF THE VEIL

Continuing in the spirit of authenticity, the Summit also saw a panel of three Senior Pastors who sat on stage for an honest conversation about the toughest moments in their decades of ministry. May you be encouraged to know that even these spiritual giants struggle, but in their weakness, God’s glory can still shine.

Here are excerpts from their sharing:

The sacrifice of leadership

Pastor Kay Kiong: After my second child was born with a health condition and I was interim Senior Pastor during that season, I was in distress over how to manage everything. Until one of our church planters said the wisest thing to me.

He said: “Don’t be like me. When my first two children were born, I wasn’t even in the hospital, and I live to regret that for the rest of my life.” So I cut down on ministry, asked the church for more time and was able to regain a sense of balance.

Pastor Derek: Sermon preparation has been the most stressful. You can spend 20-30 hours and nothing comes out. Some of you are incredible – sermons lined up for the next three months. I struggle with what to even do next week; I get very stressed.

But surprisingly enough, when we did a survey (back when he was Senior Pastor of Church of Our Saviour), 75% of the congregation indicated they stayed because of my preaching.

The heartache of family

Pastor David: My two daughters, who are now mothers with their own children, recently wrote in a book that was given to me on my 70th birthday. I did not really see them grow up because I was so busy in ministry and pastoring three churches. But I tried to be home by 10pm to pray with them and put them to bed. Though I did not succeed in doing so much of the time, they remembered that I tried and appreciated me for that.

My younger daughter also remembered that I made it to a Christmas performance in Sentosa where she sang a song I wrote. I missed the first round but managed to make it to the second round when she sang. Our children remember such things.

Pastor Derek: When my second son was 15 years old, he stopped talking to me. This went on for 15 years. I went to some close friends saying I should resign from ministry, because the Word says if you can’t manage family how can you manage God’s church (1 Timothy 3:5). But they said: “Don’t resign, this keeps you human.”

My second son even left home for a while. When I asked what I had done that caused him to walk away, he told me that there was a church uncle who would take care of them while I was busy; he even taught them how to swim, ride a bicycle… and how he had wished that I had been around to see him the day he was able to handle the bike on his own.

“I understand you were very busy helping other people,” he said. These things stuck with me – how I had failed.

The loneliness of ministry

Pastor Kay Kiong: For the last 18 months, I have been seriously praying to confirm my calling as Senior Pastor. I felt that things were getting too large, too complex, and I was not sure if I wanted to press on. I felt that someone else could do the job better, and I am more natural at playing second fiddle. But the Lord spoke very clearly when I shared this with my congregation, and I got the most text messages I had ever gotten in my life, telling me: “Pastor, you’re on the right track.”

People aren’t looking for perfect pastors. They’re just looking for real men who are willing to face up to real issues. When they see our struggles, they gain courage for their own lives.

Pastor David: I describe being called to the pastorate as a burden that keeps me running to Jesus. It was a burden that saved my life. I think if I had not carried this burden I would not be who I am today – I would not have gone to the Lord as much. But carrying the burden is one thing; carrying it alone is different.

There are things we cannot share about ministry, not even our wives, and that’s one of the causes of loneliness. I have a group of leaders whom I talk to often, but even after I share what’s on my heart, I still have to shoulder the burden as the Senior Pastor. I had to learn that I cannot help everyone and cannot solve everything. It’s just not possible.

Pastor Derek: I think it’s the expectation of the people, or what we think are their expectations of us, that we must be well put-together. One of the best pieces of advice I ever got is this letter (written by Rachel Held Evans): 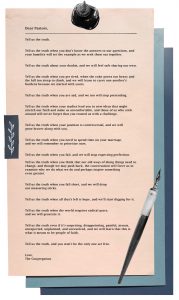 Almost every 3 years I hit a crisis of faith.

The biggest one was during COOS’ 20th anniversary: We were celebrating what God had done, but inside me, I was empty. I was going through a tough time with my second son, the environment in the church office was not quite right… I was about to quit. I was actually looking at newspaper advertisements to see where I could go.

At the end of that service, I asked the pastors who had been invited to come up, and Pastor Eugene Seow (CEO of TOUCH International) prayed over me.

He said: “Let the warrior in you rise up.” Something in me rose up, and all that condemnation, sense of failure – I felt I had nothing more to give to the church, that I had run out of substance – suddenly fell away.

So Eugene, wherever you are, I love you. A right word at the right time saved a person. 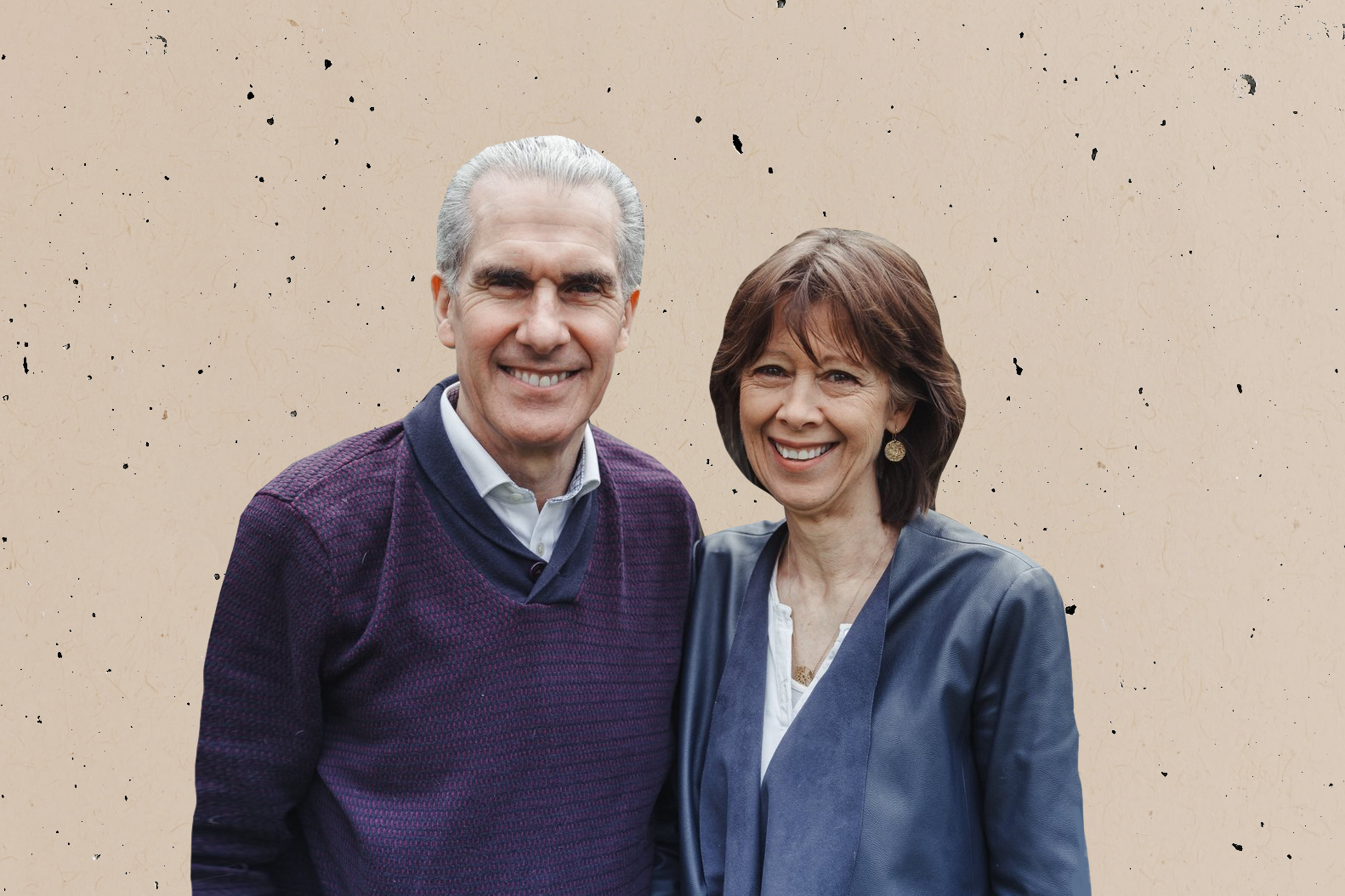