So you think you’re too far gone?

A long time ago, when I first became a Christian, I learnt that Christ died for my sins – that He had forgiven me for every wrong thing I had done against Him in the past. Christ’s love was greater than my sin.

Recently, I was brought to a point of realisation that I am a far greater sinner than I once thought I was – a lot less patient, humble, and selfless than I thought I was.

You’d think, logically speaking, that this realisation should make me feel glad, or relief even, that I had gotten a good deal in receiving the forgiveness of God. Its almost as if someone had paid for my dinner, and I found out that the meal was more expensive than I had originally thought it to be.

But the soul isn’t always logical. Instead, becoming more aware of the depth of my sinfulness has made me feel overwhelmingly less deserving of God’s forgiveness. Deep inside, I wondered if I had perhaps exceeded the “cap” on the amount of sin for which I could be forgiven.

The accuser stirred up the self-condemnation in me. I somehow started to think that the love and grace of Jesus Christ could only extend to the depth of my sin at the point when I first received His forgiveness – and that everything beyond this “initial level of sin” is unsalvageable.

Jesus died for all my sins, that He paid the price for all my iniquity, and that process is finished. Whether I believe it or not.

So instead of living in the freedom of grace, I found myself struggling with how wretched I really am.

And this thought kept digging a deeper pit for me. Why were these new, darker thoughts surfacing in my heart? Had I really been changed by the grace of God? I started to believe more and more that I was a horrible Christian who had “failed” God and was undeserving of His love.

At worship in Church, I found it hard to sing the words that spoke of God’s love for me. I felt like I had let that love down. I felt as if I had turned my back on the grace given to me, by the way I lived my life and the mistakes I’ve made, even after becoming a child of God.

When Christ died for me, He knew all this would happen. He knew the sort of man I was and would become. He knew the deepest and most wretched parts of my heart – and yet He loved me the same and took up that Cross.

Jesus died for all my sins, that He paid the price for all my iniquity, and that process is finished. Whether I believe it or not.

The extent of God’s love is not tested again each time we sin. There is no need for us to continue asking Him, “Lord, do you still love me now that I’ve done this?” I imagine His answer would be that He has loved us at the same level from start to end; at the same intensity since the beginning of time, when He was already aware of the depths of our sinfulness – way before we were.

Grasping the full weight of grace can frighten us more than it encourages us because we suddenly seem to lose all control over our self-salvation projects.

But grace is irrational. The beauty of grace is that it makes life not fair. And so every moment of self-revelation towards the extent of my wretchedness, is accompanied by a revelation of the extent of God’s love for me.

Knowing and understanding this has also freed me. Who am I to limit God’s love and grace to me, by my limited understanding of what that grace was given to cover? God’s love is far greater than I could ever try to grasp.

As I finally start to understand what that really means, I can feel my heart being opened to the love of God again.
My problem was that I was focused on my sin. Seeing the size of my sin had caused me to guard myself against His love. But God used that to show me just how magnificent His love really is, and how abundant His grace is.

Grace is irrational. The beauty of grace is that it makes life not fair.

I don’t want to be like Adam, who went into hiding when He sinned against God. Instead, I want to be like David, who sought God and poured out His heart in a desperate and repentant cry to His King, in Psalm 51:11-12. “Cast me not away from your presence, and take not your Holy Spirit from me. Restore to me the joy of your salvation, and uphold me with a willing spirit.”

“Therefore, I tell you, her many sins have been forgiven — as her great love has shown. But whoever has been forgiven little loves little.” (Luke 7:47) 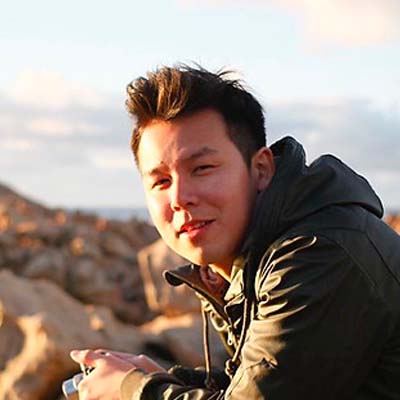 Jonathan is a disputes lawyer by training and profession. When he is not advocating for clients in court, he expresses his love for storytelling through writing and music. He also serves as a deacon in his local church and as a volunteer mentor with Awaken Generation.