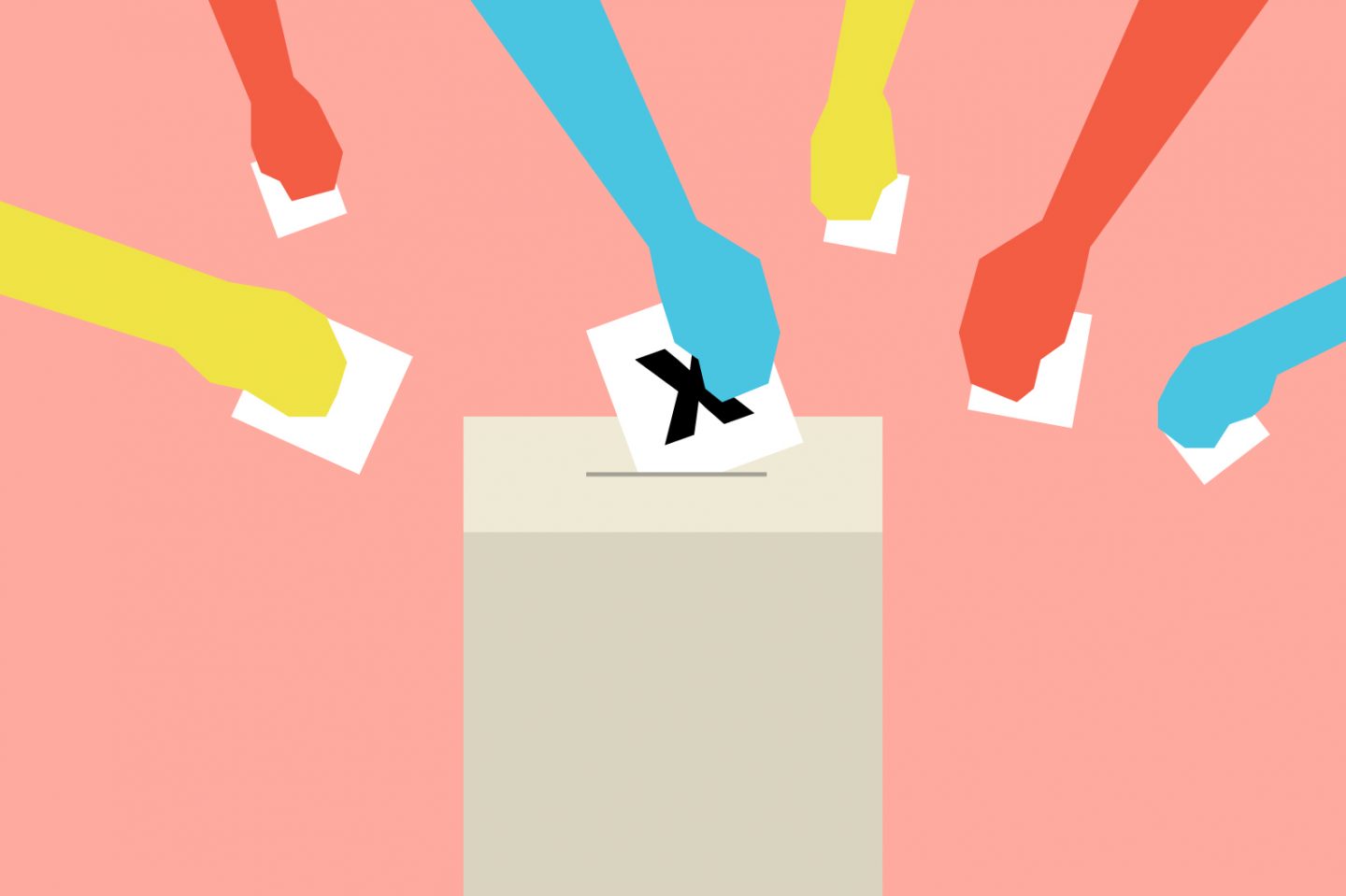 How separate should Church and State be?

Some people say the church’s vocal stance towards public policy and legislation is an adulteration of Jesus’ teachings. Jesus, after all, transformed culture bottom-up, rather than top-down.

In his recent book, American author Rod Dreher presents The Benedict Option as the last resort for the Western church. Because the cultural war has been lost, he says, Christianity faces inevitable decline unless it drastically changes its strategy to largely withdraw the church from engagement with the world

Christians must “read the signs of the times, abandon hope for a political solution to our civilisation’s problems, and create resilient spiritual centres” where real, powerful truth is preserved, he argues. Live to fight another day.

But is ascetic monasticism misplaced zeal? When you have salt and light, but hidden away. When you’re not in the world, and also not of it.

Think of the boundaries of the practice of Christianity in Singapore. For the most part we enjoy great religious freedom in our homeland, as long as we respect the borders drawn by our government: Don’t offend other groups, don’t be a public nuisance and don’t be violent.

Secularised nations like ours propose the complete separation of Church and State as a peaceful, constructive and fair political approach. But going with the flow would imply the following:

FAITH AND POLITICS: DEBUNKING THE MYTHS

Maybe some faiths aren’t political, but ours is – highly – albeit not in the way most political movements are.

The first political premise of Christianity is of loyalty: Jesus is Lord. Christians are to submit to worldly authority and render to Caesar accordingly (Mark 12:17), but their loyalty to God and their fellow man trumps that of any nation, political party or ideology (Matthew 22:26-40).

Simply put, the kingdom of God is built on a radically different set of values and rules than every other society. It doesn’t seek its own power, but speaks for the least of humanity (just read through the Beatitudes in Matthew 5). It doesn’t depend on government policy to effect societal change.

Where it gets tricky is the fact that many politically-charged issues we face today aren’t explicitly mentioned in the Bible. No, Jesus never spoke specifically about climate change or abortion laws – but He did tell us to make a difference for God’s kingdom.

Because we are called to submit both to God and the authorities, Christians must know how to navigate societal norms to effectively act justly, love mercy, and walk humbly.

As “exiles” in the world (1 Peter 1:1), we are to heed Jeremiah’s instruction to the exiled Jews living in Babylon. “Seek the welfare of the city where I have sent you into exile, and pray to the LORD on its behalf, for in its welfare you will find your welfare” (Jeremiah 29:7).

Neither does the Bible give us the option of inaction. The unwillingness of the Edomites to help Israel was rebuked (Obadiah 1:11). Even Prime Minister Lee Hsien Loong, speaking in a BBC interview, noted that every voice matters in a democracy, even when choosing between two evils.

Because we are called to submit both to God and the authorities, Christians must know how to navigate societal norms to effectively act justly, love mercy, and walk humbly (Micah 6:8).

And effectiveness is something worth thinking hard about; for instance, learning about global hunger might compel us to donate regularly out of charity, but if we had the means to invoke real political justice, a multiplier effect brings grace to thousands more families.

Myth 2: Engaging in politics means leaving your faith at home

It’s easy to hold on to this perspective when faith is treated as a personal hobby or interest group. But it’s a different story when faith forms the core of our identity, purpose and values.

We see that Jesus Himself was not afraid of the political implications of His words. There was a timely element to it (John 2:4, Mark 7:36) but he never denied His identity. He knew admitting to be the Messiah would eventually get him killed, but did so anyway.

Jesus even organised a couple of demonstrations of His own, such as entering Jerusalem on a baby ass (to promote a kingdom of peace), multiplying the five loaves and two fish (idea of divine providence), and his outrage in the temple (civil governance and taxation shall not corrupt God’s kingdom values).

Thankfully for us, most of us don’t have to die for confessing our identities in Christ like the apostate priests in Silence. So don’t be afraid to demonstrate as Martin Luther King Jr did for the cause of abolitionism.

How have Christians here in Singapore tried to get their point across? What is the church known for? Many say the church’s unpopular conservative stance on LGBT issues, gambling and media censorship effectively undermine its effectiveness in reaching people for Christ.

Bible-bashing and silencing the voices of the minority in the name of religion are certainly not strategies that Jesus Himself would’ve adopted.

But remember: The Bible doesn’t give us the option of intentional indifference. We can’t sacrifice our convictions just to win people over.

The problem is how people of faith articulate their beliefs for the sake of influencing public policy. Bible-bashing and silencing the voices of the minority in the name of religion are certainly not strategies that Jesus Himself would’ve adopted. More often than not, He spoke for the marginalised, even fellow prisoners on death row.

He never tried to legislate aspects of morality, but explained and reasoned with others. In fact, He spoke against religious leaders who tried to preserve traditional Jewish moral laws.

However, He understood the “heart” behind the law and communicated religious truths through common vernacular in the form of parables, only quoting Scripture among Jews and Satan himself. Without writing off sin, He showed that perfect love covers a multitude of sins (1 Peter 4:8).

We must learn to do likewise.

Myth 3: Simplify your faith so others will tolerate it better

The current “clash” of worldviews is expected and beneficial only if we respond well. One response frequently adopted by faith groups in Singapore is to neglect or tone down controversial tenants or theology for a much more moderate, politically-correct version easily tolerated by other groups.

Writer Jessa Crispin once said: “We’ve forgotten that for something to be universally accepted, it must become as banal, as non-threatening and ineffective as possible.” She was speaking of Feminism, but there’s a faith parallel too, with some Christian thinkers noticing the church’s slip into intellectual laziness, undermining its effectiveness.

In a call against the reduction of orthodox Christianity to a “gospel minimum”, theologian BB Warfield wrote: “A truth not worth defending very soon comes to be seen as a truth not worth professing.” Faith is simple, but shouldn’t be simple-minded.

Thankfully, as Christians, our God doesn’t need defending. He may always not be popular, but we need not fear. He is truth, and we must pursue truth that speaks for itself, not settle for frolicking in feel-good aphorisms.

All of which suggests that as Christians and citizens, we need not shy away or fear the political process. Speak up when you have to, but with gentleness and respect. His Spirit will give you the words (Matthew 10:20).

The sovereignty of God often rests in the hands of the weak and ordinary. The Benedict Option achieves nothing. We need to make a prayerful stand: Firm and wise.

If you are willing, He can and will use you to bring about redemption unlike anything ever before: Justice and mercy, hope and love. Through each one of us, nations will be moved.