But for Jennifer Heng, keynote speaker at young women’s conference, Not Gonna Lie, a different image comes to mind.

Speaking last week at the online event organised by Singapore Youth for Christ and Kallos, Jennifer shared how her picture of freedom is inspired by a passage from the Bible.

In Isaiah 61:1, Isaiah prophesies about how Jesus Christ would come to proclaim freedom for the captives and set the prisoners free.

Explaining that one of the root words of “freedom” in that verse is the idea of “flowing” (“liberty” or deror in Hebrew), Jennifer says this reminds her of “water”.

More specifically, this is what she imagines freedom to look like: A beautiful river that has the freedom to flow wherever and however it wants – as long as it stays within the riverbanks.

Comparing the river to our lives and the riverbanks to the boundaries that God has set for us, she explains: “If we, as people who want freedom, decide that we do not want to flow within the riverbanks – we say that this is too restricting, we want to go outside, we don’t like being confined – flooding happens.” Sharing from her own journey, Jennifer recounted how she experienced the destructive consequences of having too much freedom as a youth.

Growing up, her parents had a difficult marriage and would get into dramatic fights at home. They divorced when she was 14, and her dad left the country while Jennifer and her sisters stayed with their mum.

“My mum’s way of raising us, primarily me, being the eldest, was to give me all the freedom that I wanted, to let me do whatever I want,” she said, adding that her mother was overwhelmed by all the demands as a single parent.

That was great news for teenage Jennifer. What she didn’t know, however, was that whatever she wanted might not have necessarily been good for her.

“I went from one relationship into another, and I gave my mother a lot of grief,” she confessed.

Devastated and not knowing what to do, Jennifer secretly went for an abortion, but it only made her sink deeper into hopelessness, guilt, shame, anger and fear. Her lifestyle became even more self-destructive after that, as she turned to alcohol and serial dating to numb the pain.

Then one day she dropped a bombshell on her mum. At around the age of 20, Jennifer decided to pack her bags and go to Australia to further her studies.

While being overseas gave her a taste of more freedom, it just made her feel lonelier. However, it was also in Australia when she felt prompted to return to God.

Although she had been a Christian since she was 15, Jennifer likened herself to the prodigal son who had squandered all that her Father had given to her (Luke 15:11-32).

Deciding that she would take steps back towards God, Jennifer signed up for Youth With a Mission’s Disciple Training School (YWAM DTS) upon returning to Singapore.

That proved to be the turning point as she encountered God’s love in a personal, unforgettable way during the six-month discipleship programme.

“I was literally set free from all the guilt, shame and sin that was in my life,” she said, adding that she had asked God to forgive her.

“He healed me, and He told me He loves me, He forgives me and He’s proud of me. I would never forget that day.”

Coming back to the metaphor of the river to illustrate her point, she shared that finding freedom on her own terms had resulted in her life having “overflowed, flooded and gone crazy”. That was when Jennifer realised she was never really “free”.

Locked in a prison of fear, all that changed completely the moment Jennifer decided to recommit her life to God.

“I couldn’t wait to come back and flow within the banks that God had set for my life because I knew that there was safety and a purpose for my life,” she explained.

After her decision to return to God, Jennifer also began to see significant differences in herself.

The first thing she noticed was her ability to forgive others. Jennifer realised that after accepting God’s forgiveness towards her, she was not only able to forgive herself for her past, but also others like her ex-boyfriend who got her pregnant and her biological father and stepfather.

“All these things were only possible because of the freedom that I had found in God,” she said.

Jennifer also came to view marriage as good – something she considers a miracle. She is thankful for how God provided a good husband whom she has been married to for 18 years.

In addition, Jennifer started to see her past as lessons rather than regrets.

“When I talked about my past, it would always be filled with negative regrets… but after I was set free from all of that, I began to be able to look back at my past and say that this is what I’ve learnt.”

The final thing she learnt was to live out her purpose, describing it as “the most amazing, fulfilling reward” that she has experienced.

For the past few years, she has also been actively involved in building a culture of life in other ways, such as sharing her own testimony and writing a book.

One of the places that Jennifer regularly speaks at is the women’s prison. Having volunteered as their motivational speaker for eight years, she began to see women who would come back to prison after being released, and talking to them has been a learning experience.

Jennifer shared: “They would say, ‘I don’t want to be in prison, I miss my family, and I want to be out there with my family and friends to be able to smoke or do whatever I want. But after a while, it’s really scary out there.’

“Because they’re unable to sustain the responsibility for their freedom, they fall into crime again, and they get caught and come back to prison.”

The prison, ironically, had become a better place to these women because their meals would be taken care of, and they didn’t have to worry about rent or getting a job. There, they felt safe.

This was something very interesting for Jennifer to understand. True freedom, she realised, comes with much responsibility. And not everyone knows how to handle it.

Sex and marriage: Does living the way you want really bring true freedom?

Drawing a parallel to Galatians 5:1, Jennifer pointed out that we were all once prisoners to sin until Christ came to rescue us.

“It is for freedom that Christ has set us free. Stand firm, then, and do not let yourselves be burdened again by a yoke of slavery.”

Jennifer emphasises a keyword in the verse: “again”.

The apostle Paul states that we were once burdened by a yoke of slavery, which refers to being a slave to sin and its consequences. And he warns us not to go back to what Jesus has already set us free from – the prison of sin.

Jennifer explained: “Actually, we already have the key. Jesus came to say, ‘I’ve set you free.’

“But we say, ‘Jesus, I don’t want the responsibilities of being set free. I think I’m more comfortable going back to my prison of unforgiveness, hatred, fear, unbelief and sin because it’s more comfortable.’”

If we choose to do whatever we want, we end up returning to the very prison that God has set us free from and handing over the key to the enemy, cautioned Jennifer.

Her advice? We have to learn to live, handle and accept the responsibilities of this new freedom that we have in Jesus Christ.

Many people associate Christianity with full of rules or limitations, but the fear of God is not fear of punishment, said Jennifer.

“It’s not being scared that God will strike you with lightning, so you better do this or that.

“The fear of God is to have that holy reverence and awe, knowing that God is much bigger than anything and everything that you could ever experience, and that we can entrust our whole life to Him with no fear.”

The fear of God doesn’t mean the loss of freedom either, she added.

“In fact, fearing God will help you gain freedom in Him… what better way to experience freedom than from the original creator of it?

Finally, Jennifer shared a verse she has found to be true in her life.

“Where there is no vision, the people are unrestrained, but happy is he who keeps the law.” (Proverbs 29:18 NASB)

The law is like the riverbanks that God has set for our lives, said Jennifer, and there really is no better way to experience this freedom than to trust God wholeheartedly with our lives, flowing within the boundary that we have been given. 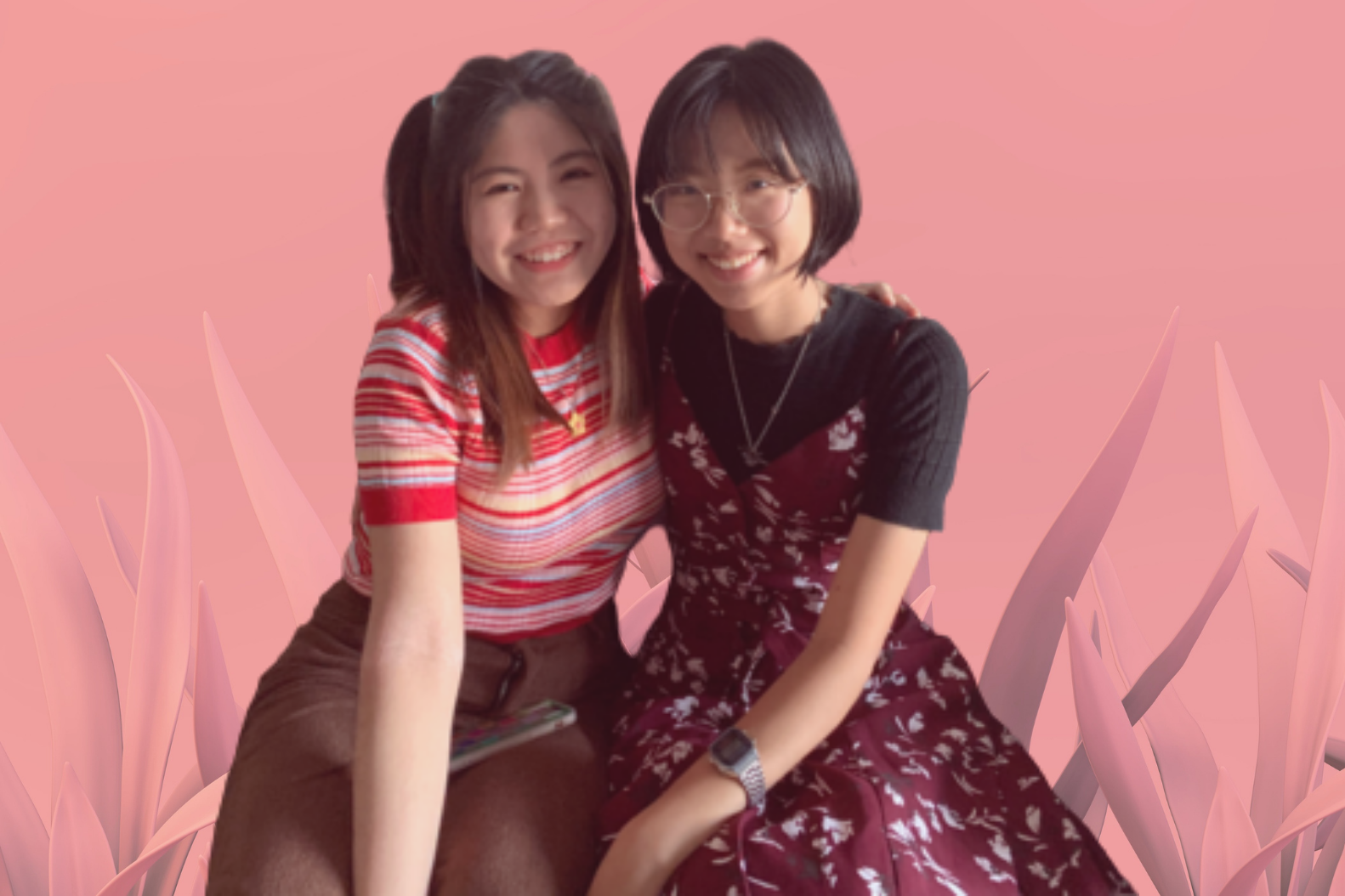