Where are you, my babies? Two lost children later, I finally became a mum

One midnight in April 1999, I was pushed into the operation theatre for an emergency operation. I was then 6 weeks pregnant.

My first child was growing in my right fallopian tube and the tube was bleeding – an ectopic pregnancy. My husband and I had never come across the term until that night.

I asked the doctor whether there was a chance the child could be saved. He replied: “5% to 10%”. My first thought was that 5% to 10% is still a chance! I still hoped that a miracle would happen – but in reality, the doctor was telling us that medically, it was as good as no chance.

I felt so lost, so full of fear.

I asked my husband to read Psalm 46 to me. The next morning, we prayed and bade farewell to our first child. But a week later, because the tissue of the foetus was not totally removed from my body, I had to have an injection to kill all the remaining tissue – an injection usually used for cancer. I got emotional again; I told my husband my baby didn’t want to leave me. It was really difficult.

It took me 10 months before I had the courage to try again for another child. To my delight, I got pregnant again!

Given my medical history, my doctor advised me to do a weekly blood test to ensure that the baby was developing well. But after the 3rd or 4th blood test, the doctor noticed something was wrong, and wanted me to be admitted to the hospital immediately. The next day, the doctor told me that there was bleeding from the left fallopian tube – the supposedly good remaining tube – and I needed an emergency operation.

I was devastated. Not just because I would not get to carry my baby again, but also by the thought that with both my tubes “spoilt”, I was unlikely to ever bear a child of my own.

The doctor gave my husband and I some time to absorb the news. When the doctor left, for a moment, I didn’t know how to feel. My husband and I talked. We cried. Together, we acknowledged the Lord is our sovereign Creator and that we are His creations.

Knowing the Lord makes no mistakes and He wants us to give thanks in all circumstances, we gave thanks to the Lord for the devastating news. We confessed our pains and our inability to understand His will, yet expressed our faith that His peace would see us through this storm, as He promised in Philippians 4:6-7.

After the operation, the doctor confirmed that there was no way to repair my fallopian tubes.

The following three months were tough. Sometimes I cried, sometimes I just felt emotionless and empty. Sometimes I felt lost, not knowing what to do. 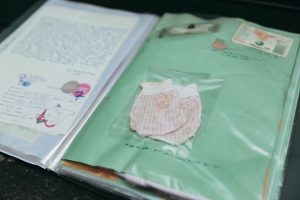 One day, my Bible seminary professor asked me how I was doing. I told him that I was done – I wasn’t going to hold on to the hope of having children of my own.

“I’m not questioning God. I’m not angry with him. I still love Him, but I’m not going to hope in vain for a biological child.”

“No, you must have hope,” he insisted.

That week, during our chapel session, my professor preached a sermon on hope. I was deeply moved, and I decided to choose to hope in the Lord for some good things to happen from this painful episode. I said to God: “If this is what You have sent my professor to do, then I will hope again.”

We knew it was God’s work. Nothing is impossible with Him.

It took my husband and I about half a year to talk again about having children. We also considered adoption. But my husband, after two weeks of fasting and prayer, felt impressed by the Lord to trust Him to try for a child again. We prayed and we decided to try.

Three weeks later, I bought a pregnancy test kit. To my surprise, the result was positive – but it was a very faint positive line. I was worried because that was the same test result I’d received during my second ectopic pregnancy.

In tears, I called my husband and shared with him what happened. I made an urgent appointment to see my gynaecologist, but the earliest appointment slot available was two days later.

That evening, I decided to go to a pharmacy to buy a more expensive test kit to try again, thinking it would be more reliable. The result was negative. I was shocked and told my husband.

We were sad. But we held on to hope. 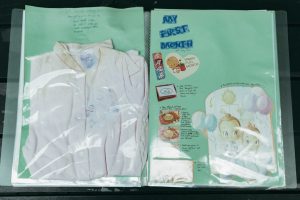 The next morning, I went to buy another test kit. The result was, again, negative. I concluded I was not pregnant and went the hospital to cancel my appointment. But the nurse refused. She called my gynaecologist, who instructed me to have a blood test done immediately and another one on the following day.

That day, I read Luke during my quiet time. The first chapter of Luke records that an angel appeared to Zechariah and announced to him that his wife Elizabeth was pregnant.

Then an angel of the Lord appeared to him, standing at the right side of the altar of incense. When Zechariah saw him, he was startled and was gripped with fear. But the angel said to him: “Do not be afraid, Zechariah; your prayer has been heard. Your wife Elizabeth will bear you a son, and you are to call him John.” (Luke 1:11-13)

When I saw my gynaecologist after my first blood test, he suspected I had a chemical pregnancy – a very early miscarriage. Upon receiving the second blood test result, he was worried that I might have another ectopic pregnancy.

That day, I continued to read Luke. This time round, the angel announced to Mary that she was going to conceive Jesus. Hope rose in me.

The angel said, “For nothing will be impossible with God.” (Luke 1:37)

On the third week, I was instructed to have an ultrasound scan. A different doctor – not my usual gyanecologist – did the scan. I asked him if he saw my baby. He said no.

I was deeply saddened. I had the whole day, until late in the afternoon, before my husband and I could consult my gynaecologist, so we went for a walk along East Coast Park. I couldn’t stop crying. Where are you, my baby?

He replaced my heart of mourning with a heart of gratefulness.

Then it was time for me to see my gynaecologist. As we walked into his room, we were shocked to see him smiling from ear to ear. “Good news, the amino sac was in the uterus,” he told me – which meant the baby had somehow passed through the tube! We couldn’t see the baby in the ultrasound because it was still early in the pregnancy, he clarified.

We could hardly believe it. We knew it was God’s work. Nothing is impossible with Him. Like Elizabeth and Mary, I had my miraculous pregnancy – one which went to full term without further scares. I finally gave birth to my child.

When she was 16 months old, the Lord assured my heart to try for another child. And once again, I got pregnant without complications – my gynaecologist was taken aback that the miracle had happened again! Like Job, the Lord gave me back what I had seemingly lost.

Despite having given birth to two daughters, I still think of and miss my first two children. The ache is especially strong around Good Friday, as I lost them in the months of March and April.

When my eldest daughter was five, I spent some time alone with God, and told Him that I missed my two children.

As I spoke to Him, He led me to see that just as there would be no miracle of resurrection if Jesus had not died on the Cross, without the two ectopic pregnancies, my later pregnancies would not be such a miracle, proclaiming His power. On top of that, I came to understand that Jesus was born into a sinful world, suffering rejections and pain – but my children were born in heaven, enjoying the perfect love of God.

That day, the Lord did a heart surgery in me: He replaced my heart of mourning with a heart of gratefulness. 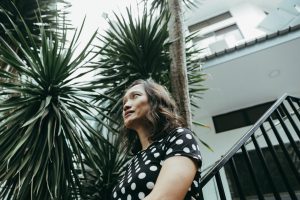 “If God sends us on stony paths, He will provide strong shoes,” Corrie Ten Boom once said.

When I look back, I see how powerful God is. All He wants is for me to believe and trust that no matter what happens, He is in complete control and I can rest in His timeline.

To mothers or would-be mothers who are going through a process of pain, patiently wait upon Him. After all that I have gone through, I am deeply convinced that God has a purpose for our pains, a reason for our struggles and a reward for our faithfulness. Nothing is impossible for Him. Your story need not be the same as mine, but He will work something beautiful at the end.

Trust Him, hope in Him. And don’t give up.

Have you been searching for hope or are you looking for opportunities to share your hope with family and friends? Come and hear stories like Peh Muay’s at the Celebration of Hope, running from May 17 to 19, 2019 at the National Stadium. Tickets for some of the rallies are still available. Book them via the Celebration of Hope app or website before they’re all snapped up!