Life lessons I took away from BMT

Basic Military Training can be a tough time. It’s even tougher when you have a buddy who makes things difficult. Just ask ZONG XIAN, who recounts some of the difficult moments he was put in as a result of his buddy. But you know what they say: When the going gets tough, the tough get kinder…

I was looking forward to having a great buddy, someone with whom I would have mutual respect for, someone who cares about Basic Military Training (BMT) and would do his best to finish these four months well with his section mates.

Furthermore, I wasn’t good in my fieldcraft and I needed someone to compliment me, to teach me so I could understand better and execute the drills.

That didn’t quite work out, as my buddy turned out to be my friend from Polytechnic, someone who was impolite and didn’t care about military training.

I had to slowly teach him the basics, and even polish his shoes to lessen the amount of punishments my section received.

These few weeks with him have led to multiple setbacks in the platoon, with one event etched in my mind even as I POP-ed from BMT few months ago.

With my rifle and my buddy and my … NS ministry

“Bro, what does two lines on the ART test kit mean ah?” questioned my buddy as we were following our routine book-in procedures.

We had to do individual ART tests in the parade square before we could make our way back to our bunks and rest, to prevent the spread of COVID-19 in our company.

It was a scorching hot afternoon that day, and my buddy was maskless while going around looking for an answer to his question. My bunk mates realised that my buddy had COVID-19 and shouted: “He is positive, get away from him as quick as you can!”

They isolated themselves and informed my sergeants and officers of the situation before escorting him away from the rest of the platoon.

When his PCR test confirmed that he had the infection, we were asked to quickly march back to our bunks to prevent spreading COVID-19 to the company.

My time in BMT revealed how proud and uncaring I was

As we headed back to our bunks, some of my platoon mates were ecstatic at what had happened.

They knew that we might be sent back home to rest for 14 days if a Stay Home Restriction Order (SHRO) was issued.

Others, who were disgruntled by the fact that my buddy was maskless and might have spread COVID-19 to them, began hurling vulgarities towards him.

Sharing my thoughts with God, I felt an unexplainable peace even though the situation in the bunk was very tense.

As for me, I felt fear knocking on the door of my mind, since I didn’t know if the virus had already spread to me earlier or if I was the carrier and just didn’t know.

Fear overwhelmed me, as it was the first time I had direct close contact with someone (my buddy) who had the virus.

I called back home to inform my parents and my cell group, asking them to keep me in prayers as I faced a great battle of fear in my mind.

I knew that I was not able to win this battle so I went to a quiet spot in my bunk to pray.

I asked God why He would place me in such a dire situation, weeping quietly so no one would know that I was crying. After weeping for awhile and sharing my thoughts with God, I felt an unexplainable peace even though the situation in the bunk was very tense.

It helped me to recalibrate my thoughts, and my fear was transformed into compassion as I started to focus on my buddy’s condition rather than myself.

I started to sympathise with him and thought of how he was tackling this virus alone.

In the meantime, people had started asking whose buddy had the infection. News got around quite fast and my name was mentioned.

Struggling to get used to NS life?

I was cautious with picking my words, knowing that most of them are non-believers.

But at the same time, the Holy Spirit was prompting me to share about Jesus who set the example by washing His disciples’ feet (John 13:1-7).

In the same way, I viewed what I did as washing another’s feet (polishing his boots although he was an outcast to the entire platoon).

Most of the recruits at the round table were surprised at my actions and at how I was different from the other bunk mates. Some of them even commented that I shouldn’t help him at all, if not he wouldn’t stand up on his own.

I shrugged off those comments, and went on with the day, sending messages to my buddy to keep track of his health and pray for him as well (during the 14 days of SHRO).

Although we parted ways after BMT, I felt that my friendship with my buddy had grown stronger.

Eventually, we were not just regular buddies but brothers training together.

If there’s one regret I have from BMT, it is not finding an opportunity in sharing Christ to my platoon mates.

Finding hope in the face of NS enlistment

Fast forward half a year later, and now I find myself in a combat unit, slowly learning the ropes of the different roles.

I have an important role in my platoon and I didn’t understand why, so I went to ask my platoon commander.

He shared how he felt that I was responsible and worthy of taking on this role, even compared to others in my platoon who were more skillful.

He saw how I had treated my buddy during BMT, and thus knew that I would take care of others as well.

Through this episode, I was reminded of Matthew 6:33.

You see, I was not skillful with my fieldcraft and am an imperfect person. All I did was help people along the way.

So, I got to this position not based on my strength but God’s goodness and grace in my life.

So, in retrospect, these are some of the life lessons that I took away from BMT: 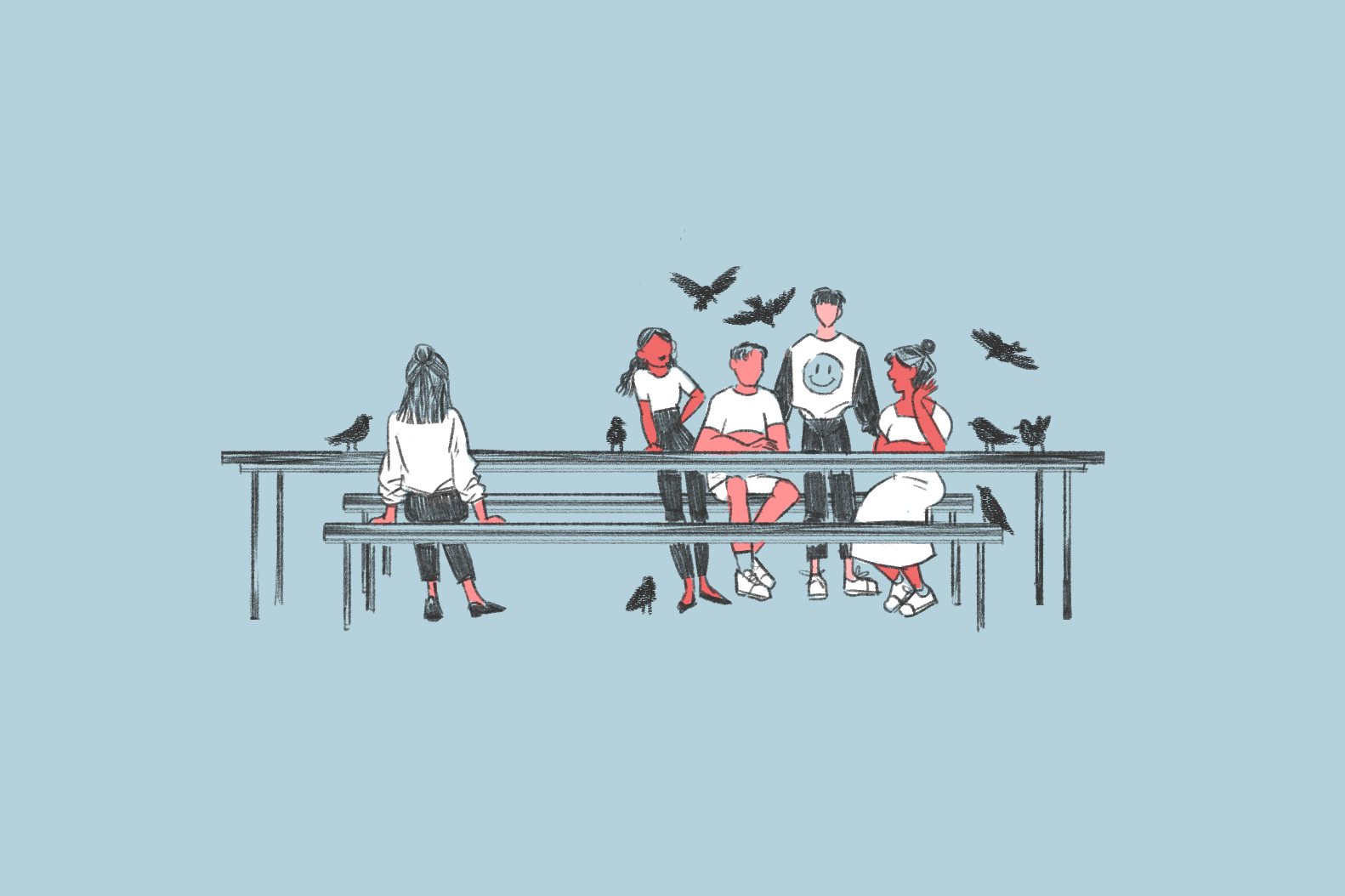