Learning to love my grandma through her dementia

Each day, Dr CLEO CHIONG treats patients in the dementia wards of St Luke’s hospital. But her first encounter with the disease came as a teenager, having to witness her beloved grandmother battle dementia.

Looking back on the painful journey of watching a loved one slip away slowly, the 29-year-old shares where she saw hope and love in her family that season as well as the grace God gave them each day.

P.S. Details on St Luke’s Hospital’s charity film on dementia at the bottom — Dr Cleo will be making a cameo in it!

I remember my paternal grandmother with much fondness.

Growing up, Nai Nai doted on us. She would buy us things she knew we would like, especially toys and food. She cooked a sumptuous spread for all of our meals and always saved me extra for tea (because I ate a lot!).

Her famous hotdog and two scrambled eggs was a hot favourite before every exam to wish us “100” marks on our papers.

Whenever my parents were upset with me, I would often run to Nai Nai because she would protect me from getting spanked.

She was a reliable figure I could depend on. I knew we were special to her.

However, things began to change around my teenage years.

As her dementia set in, in a bewildering yet heart-wrenching way, Nai Nai gradually became someone we could no longer understand.

Loving in ways old and new

It took us years before we began to realise that perhaps Nai Nai had an issue that could be more than just a “bad temper”.

And we thank God for that important realisation because when she was diagnosed with dementia, it helped change our family’s perspective towards her.

We finally realised that Nai Nai was suffering. She was suffering from a medical condition that she had no control over.

Nai Nai was not shouting at me because she didn’t care or didn’t love me. Her behaviours were symptoms of what the disease was doing to her brain.

What good can come out of Alzheimer’s disease?

The Lord began to convict us of our own brokenness and sin in the way we responded to Nai Nai.

We had hurt her too. The Lord reminded us that we were called to love her as Christ loved us and it meant denying ourselves.

For this I salute my parents greatly, because it was obvious how hard they tried to deny themselves.

As Nai Nai’s dementia worsened, she lost the ability to groom herself and tidy her room. She was, however, very resistant to anyone who tried to help her.

Nevertheless, my mum and our helper would endure the scoldings from Nai Nai in order to assist her in her showering and dressing. They would also tidy her room in secret.

Sometimes, my grandmother would throw tantrums or scold people around us in the mall. That was the risk in bringing her out, but we endured the embarrassment and learnt to stand by her.

And every few days, my dad would take time off from work to bring Nai Nai out to her favourite places.

As her memory failed, she had a few select places she would always reminisce about and request to visit, such as IMM, DAISO and IKEA. These were places with memories that were dear to her.

As such, my dad would make countless trips to these places with Nai Nai, and because she loved to, they would eat the same food and visit the same shops that she loved.

Sometimes, my grandmother would throw tantrums or scold people around us in the mall. That was the risk in bringing her out, but we endured the embarrassment and learnt to stand by her.

If we could not go out, we spent time watching television or having meals with her. When she recounted the same stories over and over again, we made an effort to show interest.

We tried our best to continue doing whatever activities she could still appreciate and treasure.

Yet, not being in control of the situation was very tough. I struggled having to witness my parents and grandmother hurting.

Almost every night, my mum and I would come before the Lord in confession of our failings. And there were many moments when we wrestled with the Lord. Why was this happening?

But without fail, the Lord reminded us that though we had much we could not understand, He was sovereign and faithful.

From Him we received comfort, forgiveness and all-sufficient grace for another day.

What my grandmother and my family needed most was the Lord; it’s only in Him that we can truly love, because He loved us first (1 John 4:19).

My family members are all Christian, but my grandmother wasn’t.

Ever since my mother married into the family, she had been faithful in sharing the gospel with my grandmother. However, Nai Nai remained resistant through the decades.

And when my grandmother eventually developed dementia, the disease only made things worse. As we struggled even in the most basic interactions with her, it was difficult to even think about the possibility of sharing Christ.

My mother was the one who took the brunt of my grandmother’s insulting words. Yet, she was such a prayer warrior, with childlike faith, and she persisted to the end just to see her mother-in-law’s salvation.

THIR.ST TALKS: Young people who serve the elderly share how and why

In our moments of intercession, my mum and I pleaded with God for strength to love my grandmother more. It helped us to find the grace to put aside our hurt.

All of us tried to share Christ in different ways. Even though I spoke in broken Mandarin, I made an effort to come prepared to speak to her about God whenever I had the occasion to. We also looked up Bible verses to share with her.

Most of the time, nothing seemed to be moving, but we held onto Isaiah 55:11: “So shall My word be that goes forth from My mouth; It shall not return to Me void, But it shall accomplish what I please, And it shall prosper in the thing for which I sent it”.

Surely, the Lord was moving in ways we could not see.

One day, all of a sudden, my mother sent a photo of her and my grandmother into the family group chat, rejoicing that my grandmother had finally said the Sinner’s Prayer.

My grandmother had always been strong-willed and firm in her own beliefs. For her to respond to my mother’s efforts, with my mother being the most unlikely person that she would yield to, was nothing short of a miracle.

It was really the Holy Spirit’s work that facilitated this change in her heart.

I have to admit, we were initially worried about the validity of her salvation given her dementia. But after repeated check-ins with her, she consistently responded saying she believed Jesus is God.

The Lord revealed once more to us the depth of His love that pursued my grandmother through eight decades of her rejecting Him.

The fact that my grandmother, in the midst of her dementia, could still retain the gospel when she couldn’t retain most other things was an undeniable work of God in her heart.

As Lamentations 3:22-23 reads, “Because of the LORD’s great love we are not consumed, for his compassions never fail. They are new every morning; great is your faithfulness”.

The Lord revealed once more to us the depth of His love that pursued my grandmother through eight decades of her rejecting Him.

Even though things were looking bleak and she had little faculties left to even help herself, by God’s grace He gave her the faith to believe.

Bringing love and care to the dementia wards

My grandmother has since passed on, but I am grateful that I can carry on serving dementia patients at my workplace.

The Lord’s clear demonstration of His compassion and love for my grandma in her dementia gave me a similar burden for this group of individuals.

I have been at St Luke’s Hospital for a year, and at the dementia ward for 10 months. I pray I may continue to be a steward of God’s grace here.

Dementia looks different for every patient. The illness externalises in unique behaviours depending on the individual.

My team and I focus on patient-centred care, taking time to understand them and respond to their differing needs.

We also educate the patient’s family members, guiding them to understand that the patient inevitably changes as a result of the disease. The knowledge that their loved one cannot help it helps to facilitate forgiveness.

We give caregivers handles on how to respond when patients exhibit certain behaviours, and guide them to show love in a way these patients can understand.

A lot of caregivers struggle with the emotions I did: love and compassion mixed with years of frustration, anger, guilt and grief. Many are close to burning out, and some have fallen into depression.

Caregiver burden is a very real problem, and it is important for them to receive support and encouragement in their caregiving journey.

“In the morning, LORD, you hear my voice; in the morning I lay my requests before you and wait expectantly.” (Psalm 5:3)

The Lord is faithful. Coming to the Lord in prayer daily with my mum, strengthened our faith in His promises.

We could see how He worked in our family to heal our hurts, humble our pride and sanctify us to grow and serve Nai Nai better.

Nai Nai’s salvation also reminded us that nothing is impossible for the Lord!

We are learning to bring all things before Him, knowing that it really doesn’t matter how impossible things appear — we can still trust in His presence and promises for us.

In fact, I feel that the less control I have over the situation, the more my faith is challenged to grow to wait on Him. God has shown me time and again that He is able.

As caregivers, my family members grew in terms of our patience, to be able to deny ourselves and quell our frustrations.

Of course we were not perfect, far from it. But we definitely grew to respond much better than when we first began.

Just to share: since my paternal grandmother’s passing, my maternal grandparents both developed dementia.

However, they have similarly received Christ. I thank God that in journeying with them, we could look to Him with a greater hope and confidence than we had before!

I thank God for this journey, because now I know where my help comes from.

He truly demonstrated to us how great His love is.

You could read about it, but it’s really only when you put your faith in Him and obey that you can see His work.

If you would like to find out more about dementia and the potential care options available, do check out St Luke’s Hospital’s upcoming interactive film “Always, Mother” in which Dr Cleo will be making a cameo! More information can be found here. 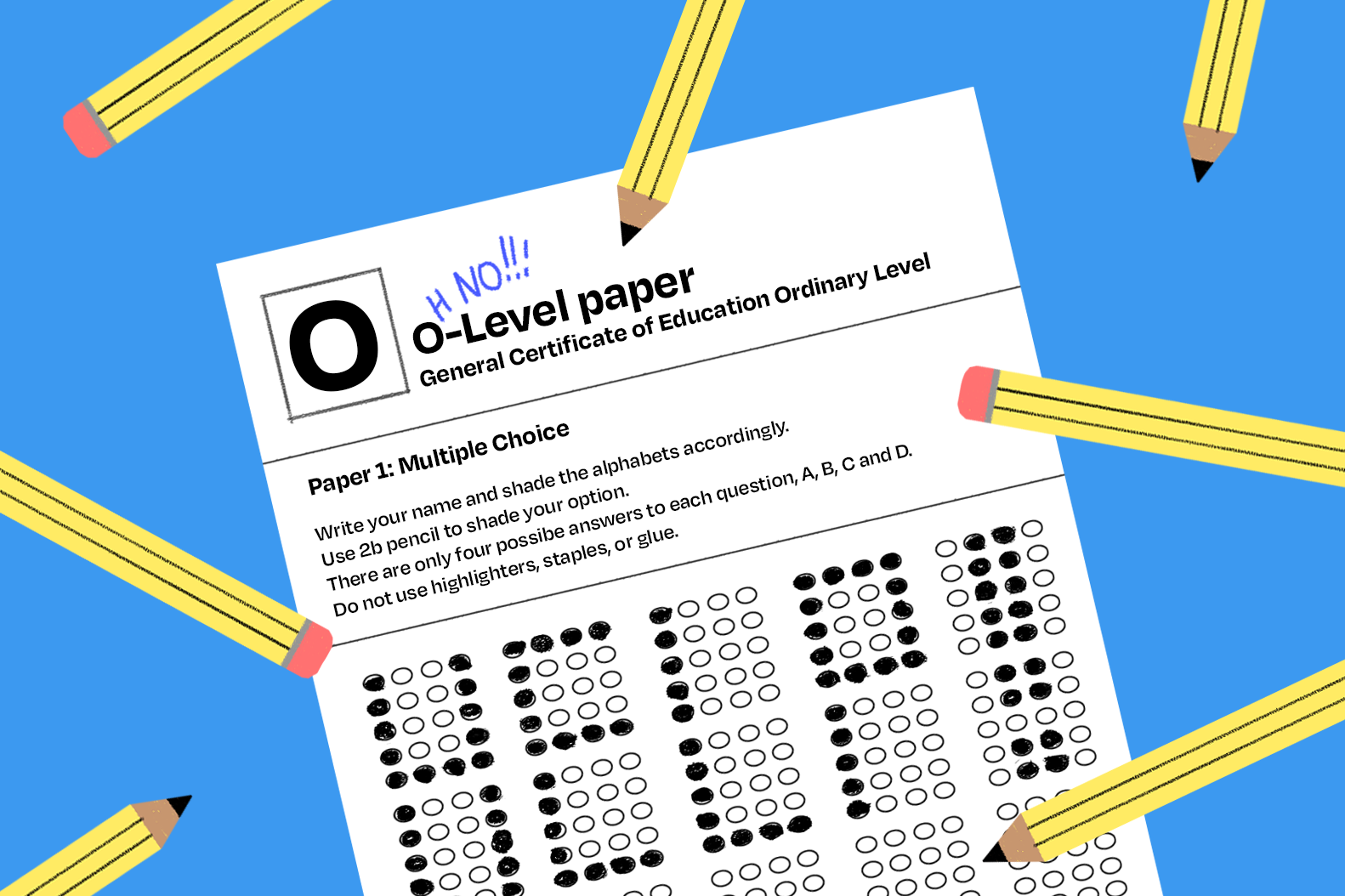