In a world full of truths, can the truth be known?

Ever heard the phrase “truth is whatever you make it to be”? If you’re being challenged on what you believe to be objective truth, this is the read for you.

Truthfully, I am not a naturally deep thinker.

Growing up in a relatively sheltered Christian household, I also never really questioned that there is objective truth about God.

It wasn’t until I majored in a humanities course in university that I was exposed to a whole plethora of new liberal ideologies and philosophical arguments, which shook me to the core.

In particular, the idea that “truth is whatever you make it to be” or that “whatever we believe is equally true, even if they are contradictory” was a huge stumbling block for me.

In a world full of ever-increasing information, it has become even harder to distinguish what is true and what is false. Can truth even be knowable?

At the recent Summit Student Conference 2022 facilitated by Generations of Virtue, Dr Jeff Myers broke down the complex web of thought on truth that I’ve been struggling to articulate. Dr Myers is the President of Summit Ministries and also holds a Doctor of Philosophy degree.

In the video that was screened, he shared that there are two conflicting ideas that are dominant in culture.

“One idea is that truth can be known,” observed the author of Truth Changes Everything.

“It is the idea that the true ultimate truth exists independent of us — that we can discover it, though not perfectly, through revelation and through reason. So, our job is to persuade others to respond to it.” This is what the writers of the Bible believed in, which is why Scripture uses different methods such as prophetic statements, historical arguments, poetry, statements of wisdom to persuade others about the truth.

Dr Myers elaborated that it is not about trying “to get people to believe something that isn’t true, but to actually open up reality for them as it really exists”.

As for the second idea that truth cannot be known, he summarised it like this: “The truth is up to the individual — that no one is in a position to discover the ultimate truth; the best we can do is speak our truth.”

So can truth really be known? Yes! Here are four reasons why.

Dr Myers began by pointing out the problematic nature of the statement “truth cannot be known”.

“If somebody says, ‘truth cannot be known’, they’ve proclaimed to know a truth,” he said.

However, since those who say this posit that there is no absolute truth, they can’t know for sure that what they have just proclaimed is true either.

And hence, the argument that truth cannot be known is self-contradictory.

2. Things and ideas have essences

The dictionary’s definition of essence is “the intrinsic nature or indispensable quality of something, especially something abstract, which determines its character”.

Using an analogy of a sports car, Dr Myers said that when looking at a picture of a Ferrari F12berlinetta, he might call it a “cool sports car”.

Someone else who doesn’t believe the truth can be known might then say: “Well, you’re not really describing the car; you’re describing your perceptions of the car, like what a cool car means to you.”

“But in philosophy, people have realised that no, that car has an essence that projects itself in a certain way,” explained Dr Myers. 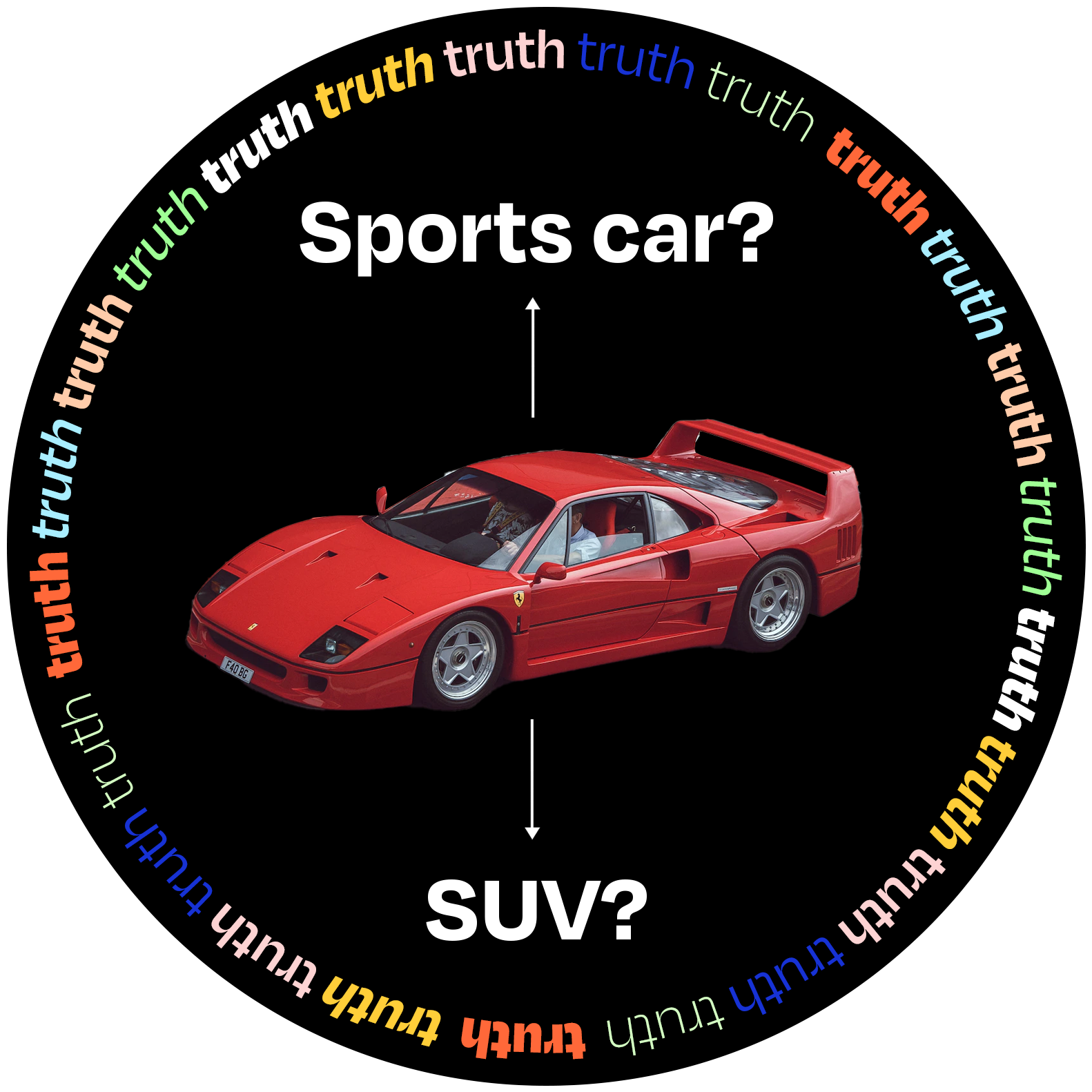 “It would be unreasonable to look at that and say, ‘Oh, that’s a sport utility vehicle that’s used to climb up mountain passes… because we understand there are categories of meaning that are in fact meaningful.”

“As long as we have these categories, we can see that things have essences that project themselves in a similar way to people who are willing to look at them objectively,” he added.

But that’s not all. Ideas also have essences.

“If you ever notice someone saying, well, ‘whatever is true for you is what is true’. But then they’ll say something like, ‘oh, well, such and such is unjust’,” remarked Dr Myers.

“Well, wait a second, where did you get that idea of justice or injustice? We know things aren’t the way they ought to be because we have a sense of ought-ness.”

What it means is this: Even if someone does not perceive the objective truth to be true, it is still inherently true.

Here, Dr Myers used the example of a chair being referred to by different words in different languages.

If one went to a furniture store in Paris and asked what a chair is, the store person would reply “chaise” (chair) in French, whereas it would be called a “chair” in English.

Nevertheless, both have the same meaning and refer to the same object that is distinct from all other objects.

If I were to apply this to truth, though there may be different expressions of truth, ultimately they all refer to the same thing.

4. Facts are different from opinions

Lastly, Dr Myers emphasised that the two should not be confused when looking for an objective truth.

“On the other hand, if you said our senator voted for a bill that diminished the rights of a particular group of people, that’s something that would be more factual.”

Just because a truth may be difficult to accept does not make it any less true.

To drive home his point that truth is not affected by our opinions, Dr Myers quoted the great novelist Flannery O’Connor: “The truth does not change according to our ability to stomach it emotionally.” Concluding the session, Dr Myers offered a few helpful tips for people who might be faced with questions from others regarding their worldview.

He suggests a personal strategy of asking questions.

To put it simply, truth is simply what is in accordance with fact or reality.

And if there is only one reality and one universe that we live in, there has to be objective truth on which everything else pivots.

This article was written based on one of the sessions from the Summit Student Conference 2022 by Generations of Virtue.

There are still three more sessions that will be held from December 2022 to January 2023, with the next one on bioethics. All session timings are from 8pm–9.30pm over Zoom.