No, you didn’t read the title wrongly.  Girls are not immediately associated with such sexual sin, but being female does not make us immune to these things.

I vividly remember my first encounter with pornography. My secondary school friends and I were hanging out in my friend’s bedroom after school. Someone got curious about pornography and soon we were all watching it together – a bunch of nervously giggling school girls.

I wasn’t a Christian at that point of time and had never considered this to be harmful in any way – much less the insidious beginning of addiction. We blushed and laughed about it as we watched; after all, it was something new and kind of “forbidden”. But I also began to realise that my body had an unexplainable reaction to the images I was seeing – I just couldn’t put a word to it.

THE START OF YEARS OF STRUGGLE

Getting curious about sex and our bodies during puberty is normal – and I’m not blaming my parents for not teaching me about this – but I was mostly left to explore that realm on my own, sometimes with my friends. Beyond watching pornography together that one time, we even bought a condom just to find out what it looked and felt like.

But no one taught me about that feeling I got. I only knew that if I touched myself I could create that same sensation, and it felt good.

In my late teens, I started dating. Although I stood firm in my personal stance against premarital sex, I found myself compromising greatly in my relationships, only holding back from the act itself. To me, as long as both of us enjoyed it and we weren’t actually having sex – why not?

I came to know Christ during those years, but in my young faith I never thought my behaviour was wrong in the sight of God. It was only as I grew deeper in my knowledge of Him that I was convicted that what I was doing in my relationships was wrong. 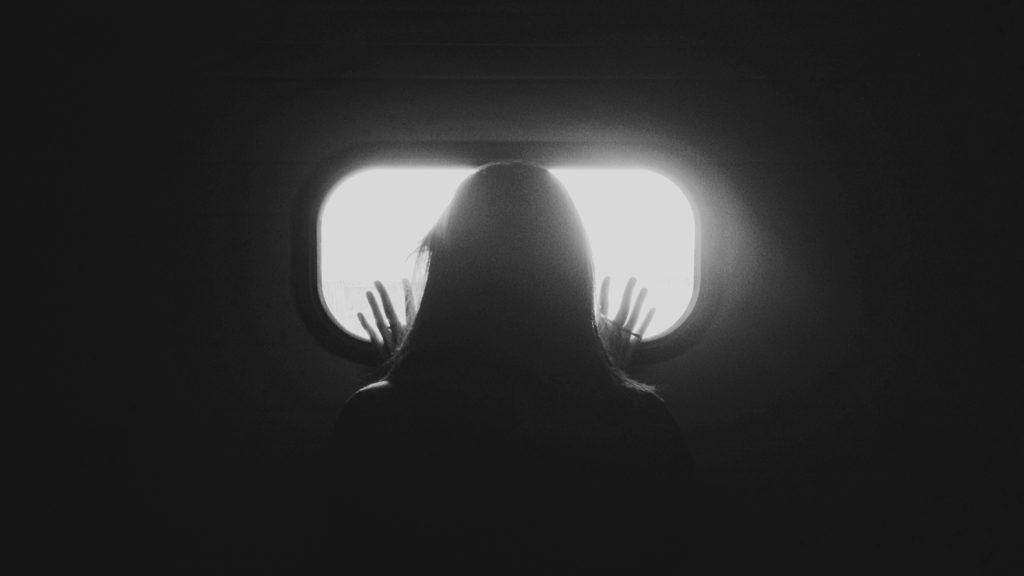 It made me determined to break up with my then boyfriend – even though he was also a Christian – because we had a very sinful relationship. We regularly crossed physical boundaries; we were obviously playing with fire and I knew it was only a matter of time before we would get burnt.

But my struggle didn’t end with the relationship. Without a boyfriend, I could still satisfy myself.

I even began to doubt God’s love for me, wondering if God could really forgive me every time I repented (1 John 1:9). I know now that it was the Enemy’s lie – but I did not feel worthy of God’s love, nor did I dare to call myself His child. How could He perfectly love someone as imperfect as me?

This sin was my deepest and darkest secret for more than 13 years. No one else knew about it but me. It ate me up inside to be struggling with such a thing. If I had a choice, I would have chosen any other sin besides this one. I could barely even face God and confess my sins at times.

CLIMBING OUT OF SECRET SHAME

Through the years, I have read many books and articles on overcoming sexual sin. The advice was similar: Tell someone who can hold you accountable. But the idea of letting someone know my painful secret was just pure horror. Probably more horrifying than any horror movie. I just couldn’t bring myself to do it.

So I avoided the obvious prompting each time I came across this advice, convincing myself that I could overcome it on my own; I didn’t need the help of another person. What can someone else do for me? It’s my own battle, I will overcome it. Little did I know that this was pride.

Sometime last year, I decided I wanted to face up to this issue honestly. I had hidden it long enough and it was time for me to come out and live a life worthy of God’s calling. God was speaking strongly into my heart about the importance of purity.

It wasn’t what I had initially thought – just abstain from premarital sex. That was easy to me. All I had to do was avoid being in a relationship. But His standard was much higher than that. In His books, purity includes not just purity of the body, but of the mind and in action.

The revelation humbled me. I found myself praying, “God, your standard is way too high. I desire to reach it, but You know I can’t on my own.” One day, during my quiet time with God, I came across an article on what it means to overcome sin. This line stood out to me: “Overcoming sin is a habitual weakening of sin that involves constant fighting and contending against sin”.

Honestly, I was a little disappointed. The word “constant fighting” made me feel discouraged. You mean I have to constantly fight this stubborn sin of mine? God, can’t You just take it away from me after some prayer?

But in that same moment, God was showing me that overcoming sin is a daily decision. It is not something that is once-off – repent and immediately you no longer struggle. It doesn’t work that way. We live in a sinful world. Our flesh is sinful. Every single day we are bombarded with temptation for as long as you and I still live.

Yet it is in the midst of this temptation that we can make decisions to obey and turn away from sin. Yes, it’s really tough at times. There are times I’ve successfully overcome my physical desires but there are also times I have failed and fallen. Through it all, I have learnt to celebrate every small victory along the way, even if it may seem like I have failed more than I’ve achieved.

One day, as I was texting my best friend, the conversation shifted to being accountable to one another.  I’m not sure where the sudden bout of courage came from, but I found myself coming clean with her about my struggles with sexual sin. I was done with the secrecy, done with letting the devil have a stronghold in my life. I finally obeyed the prompting and brought my deeds of darkness to light (Ephesians 5:13).

My deepest fear of being judged by my best friend did not happen. Instead, I came to know that I wasn’t in this alone because she too also struggled with something similar (1 Corinthians 10:13). It was as though a tremendously heavy burden had been lifted off me.

Now, I had someone who could encourage me whenever I was tempted, and constantly remind me that God’s grace is enough for me. I had one more person keeping me in prayer as I walk through this world day by day.

Till today, I have yet to fully overcome this sin in my life, but one thing I now know: The Enemy no longer has a foothold in my life because I’ve allowed God to invade this part of me.  No doubt, it is still a very tough battle to fight as a single woman. But if nothing we do can make God love us more, then there is also nothing we do could make God love us any less.

“My flesh and my heart may fail, but God is the strength of my heart and my portion forever.” (Psalm 73:26)

The author’s name has been changed to protect her identity, but can be contacted at [email protected] so as to journey with other women who struggle with similar issues. She hopes that they will find the courage to seek help and support as she did.