How to deal with trauma after a life-threatening event

In 2017, I was blessed with the opportunity to go to London alone for five months on a university exchange programme.

It was truly a memorable period of time, being able to learn about a new culture, try new cuisines, and fall in love with the beautiful city sights — yet I also encountered my first “terror attack” there.

It was 24 November; London’s famous Oxford Street was bustling with people.

With just a month to Christmas Day, the entire street was dotted with dazzling Christmas lights and busy shoppers. It was also the highly anticipated Black Friday sale!

You can imagine how many people there were, shuffling in and out of stores.

Sharing my excitement was my good friend, Natalie, who studies in the UK and had travelled down to London that weekend.

After two hours of intense shopping, we were planning to head to a nearby café to rest our tired legs and take a short breather. However, before we could even make a decision, we were interrupted by shrieks that erupted from a group of at least 20 people who were frantically running up the stairs from the first floor to the second floor, where we were standing.

Amidst the frenzy, I heard them shouting, “Run! He’s coming!”

I had seen and heard enough to realise that something was clearly amiss. Natalie and I looked at each other in fear, followed the crowd and ran too. Honestly, we did not know to where we were heading or from what we were running. We just followed some sales assistants in the shop who were waving everyone over to the staircases that led to the back alley.

Then, hysterical screams broke out. Those standing near the streets immediately turned around, faced us, and screamed, “Just run now!!! Don’t stay on or near the streets!!! Hurry!!! Hide!!!”

It was chaos. Natalie and I grabbed each other’s hands and ran for our lives. We managed to squeeze into an open door. When I looked around, I realised that there were at least 80 of us squashed in a small holding space for janitors and cleaning equipment in an office building. But people outside were still trying to force themselves into the space; I could barely breathe! Finally, an office worker led us to a huge room in the basement. We were instructed to wait there till the police could confirm the situation outside.

It was rumoured that gunshots had been heard at Oxford Circus tube station — this was only two minutes away from us!

All around us, women were crying and people were trying to contact their families. I was so traumatised that I didn’t know what to do except to will myself not to cry and to remain calm. After two long hours, the police confirmed that there was no gunman and that it was safe to head out on the streets again.

As we walked back out, police sirens were wailing in the background and helicopters were still hovering around the vicinity. It was only when we were back in my apartment that we felt like we were truly safe.

That night, I barely slept. Each time I closed my eyes, I could visualise the frantic scenes in my mind. The hysterical screams continued to ring loudly in my ears. While I thanked God repeatedly for keeping both of us safe, I could not help but wonder about the what-ifs:

The last thought gripped my heart. I lay in bed that night wide awake in fear.

That incident in London awakened a fear of death within me.

Even after coming back to Singapore, I often had a nagging thought at the back of my mind that maybe something will happen to me today and I will end up dead. At times, I went into a mini panic mode when my family members, boyfriend, or friends did not respond to my text messages for long periods of time.

The fear of death felt like a dark cloud looming over me every day. It was mentally and emotionally tiring to live with such fear, but eventually I took steps to deal with it.

DEALING WITH THE TRAUMA

The experience I had is one that will stay with me my entire life. How close I seemed to death still makes me shudder.

In the light of this experience, here are some things that helped me to deal with the trauma:

1. Remember that life and death are in God’s hands.

This doesn’t negate the fact that such life-threatening events are scary and can cause fear but we can also trust that God holds our lives in His hands regardless of what we go through.

As the psalmist said, “Your eyes saw my unformed body; all the days ordained for me were written in your book before one of them came to be (Psa 139:16)”.

Nothing can happen to us that is outside of His control, and if He allows us to go through a near-death experience, He will carry us through.

2. Keep talking about it to closed friends, families or trusted adults.

If you have gone through a traumatic event, you may have coped by shutting down or keeping busy.

Nothing can happen to us that is outside of His control.

However, you may have many suppressed feelings and thoughts. For me, talking about my feelings honestly with trusted people helped me to gain clarity about them.

Processing my feelings helped me to slowly but surely overcome the fear and trauma from the event.

3. Give yourself time to overcome the after-effects of the traumatic event.

The fears will definitely not go away immediately but remember, our lives aren’t meant to be lived in fear forever.

It helped me to listen to uplifting songs, sermons, and engage in activities I usually enjoyed. Filling my thought life with wholesome things helped me to move past the crippling shock and anxiety.

Yes, you can still claim Psalm 91 (Just not like the devil did!)

When faced with trauma, lean on the chest of our Father and let Him love you as His beloved child. He will give you the time and space to heal and grieve. He see and hears your every thought and fear.

Remember, “Whoever dwells in the shelter of the Most High will rest in the shadow of the Almighty (Psalm 91:1).” May we say of the Lord together, “He is my refuge and my fortress, my God, in whom I trust (Psalm 91.2).”

HERE ARE SOME HELPLINES YOU CAN CALL

Dorothea is an editorial team member at Kallos. In her free time, she enjoys exploring new cafes and taking walks. This article was first published on Kallos and is republished with permission. 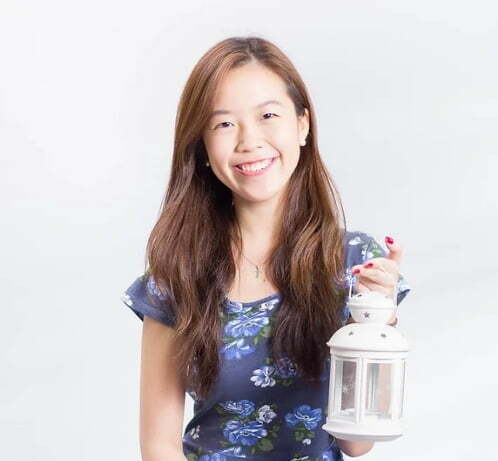 Dorothea is an editorial team member at Kallos. In her free time, she enjoys exploring new cafes and taking walks.