In the 40-year journey of Youth With A Mission (YWAM) Singapore, God has regularly “parted the Red Sea” for the ministry – amazing everyone with His provision. National Director Joseph Chean recounts a few of these miracles here.

There’s a saying in YWAM: “Never make a decision based on what you have or do not have.”

It’s about asking God whether something is for us, or not – if it is, He will provide for it.

My training is in accounting, and I have seen time and time again, how God provided for us when the books say otherwise.

God said to us: “Don’t focus on the money. Focus on the work you’re doing. I will provide for you.”

Immediacy is not His way, so it has been about obeying Him and stepping into things we don’t understand simply because He said to do so.

God yearns for a people who don’t depend on their own resources and strengths but look to Him for everything.

Matthew 4:4, “man shall not live by bread alone”, is the undergirding principle of YWAM’s Red Sea moments through the years.

When I entered YWAM in 1997 to take over its finances, we had a $4 million debt from our building in Geylang.

We owed $3 million to the bank and an interest-free friendly loan of $1 million. We had donor pledges for our property, but the 2008 Asian Financial Crisis effectively left us without donors.

For an organisation like us, the monthly bank repayment of $25,000 on the 20-year loan was a lot of money. Every month my knees were knocking, wondering if we would make it because on our own we just couldn’t.

Around this time, a church found out about our situation and found us another bank that offered a much lower interest rate. They then gave us the full interest amount, rendering our bank loan interest free.

By 2015, we cleared our bank loan and the person who had given us the friendly loan decided to write off the remaining loan of more than half a million dollars.

18 years since we borrowed money, in Singapore’s 50th year, we experienced our own jubilee – YWAM was finally debt-free!

In 2004, the Lord spoke to me about Singapore being the Antioch of Asia. A city that will call missionaries from around the world to be trained and then sent back out.

My first project as one of the leaders of our base was to organise a conference called GoFest Asia, which would gather 400 teams for 400 locations. I believed that we could expect 4,000 participants – 10 for every team – so we booked the Singapore EXPO for June 2006.

I travelled across the Americas, Europe and Asia in 2005, promoting this event. But by February 2006, only 100 people had registered. The event manager suggested we scale back, but I was adamant that God had said 4,000 people.

A month before GoFest, we were only at 500. I asked my team if they believed God could bring in 3,500 people in the last four weeks, and of course they said yes. We had been through many Red Sea moments together.

But at home, as I was praying, I wept because I knew we were not going to make it.

On the first night of GoFest, which was open to the public, I invited several key pastors, YWAM Associates and businessmen to come. In total, we had about 2,000 people in the audience, 548 of whom were registered participants from 68 nations.

But as I was about to go on stage to announce the offering collection, the Lord whispered to me not to take the offering.

I panicked, because my accountant brain knew that if we didn’t do so, we were in trouble, but in my fear of God, I couldn’t possibly go ahead and collect it either. So, instead, I announced an extra hour of prayer and worship.

My finance head was appalled. It was a reckless decision, one that could send YWAM to bankruptcy. Without that crucial offering, we were in deficit of $160,000.

Over the following two nights, we collected about 75% of that, but after the conference ended, money suddenly poured in from all over the world and churches in Singapore. We ended up with a surplus of $66,000.

My eagerness might have outran my desire to see Singapore fulfilling her Antioch destiny, but even in my presumptuousness of claiming the 4,000, God’s mercy had covered it all.

The 548 went on to various parts of the world in response to God’s Great Commission and experienced miracles of sight to the blind, multiplication of clothes for the poor and many came to Christ.

YWAM had been looking for a bigger place for some time when we received a word from God in 2013: “reset”.

Not only did we see the fulfilment of that when our building debts were cleared the following year, that very day in 2013, we received a letter from our landlord saying we had to move out by early 2015.

We moved to Aljunied, but we knew it was temporary. In 2018, when we discovered that the two units beside our building in Lorong 9 were on sale, we sought the Lord.

That’s when He confirmed that He wanted to establish His home in Geylang; we would no longer have to rent. These two units would cost us about $6 million.

We were not keen on heading back into debt once again, so we began a journey of trusting God, and YWAMers sowed the first seeds in an internal offering. In the following 10 weeks, donations poured in from various churches and friends, totalling $1.3 million.

Then we discovered that a new law required us to pay not just the 4% buyer’s tax for the building purchase, but also an additional 25% tax because it was our second property. That totalled $1.25 million for Additional Buyer’s Stamp Duty (ABSD)!

I felt then that our project had to be aborted. I couldn’t take all that donors’ money to pay for a stamp of permission. We prayed, and the Lord prompted us to keep going.

I consulted lawyers if we could appeal for a waiver of this tax, especially since YWAM is non-revenue generating. Our staff are not even salaried. From what we learnt, this had never been done before.

During Chinese New Year in 2019, on separate occasions, I somehow crossed paths with two important people, each who connected me with help.

Within a month, we received news that blew everyone’s mind: We would be granted a waiver of the ABSD, and our primary tax of 4% was lowered to 3% – saving us over $1.3 million! In August 2019, we collected our keys to the new place.

As YWAM Singapore turns 40 in 2020, it’s interesting that we will start 2021 with the mark of a new property. From January, we’re going to start off in a new location, and at the end of 2021, God is going to give to us Project Gateway.

Project Gateway is not just about a building. It is about a home that hosts the presence of God – no matter where we are – and becoming a launching pad into Asia and beyond.

The journey of trusting God for construction begins. Our target is $4.5 million. This consists of the redevelopment portion of No. 6 & No. 8 Lorong 9 Geylang Road ($3.5 million), and a major overhaul of the current YWAM House at No. 4 ($1 million).

These targets are huge in our eyes. But we have seen God come through time and again. The miracles experienced to date are unprecedented and filled with many “Red Sea moments”. We know we can trust God to show up, simply because this is His will and He will provide.

Indeed, man shall not live on bread alone.

A version of this article can also be found on YWAM Singapore’s newly released magazine, FACES, which features a special edition for its 40th anniversary. For more information on YWAM’s new campus, check out the Project Gateway page. 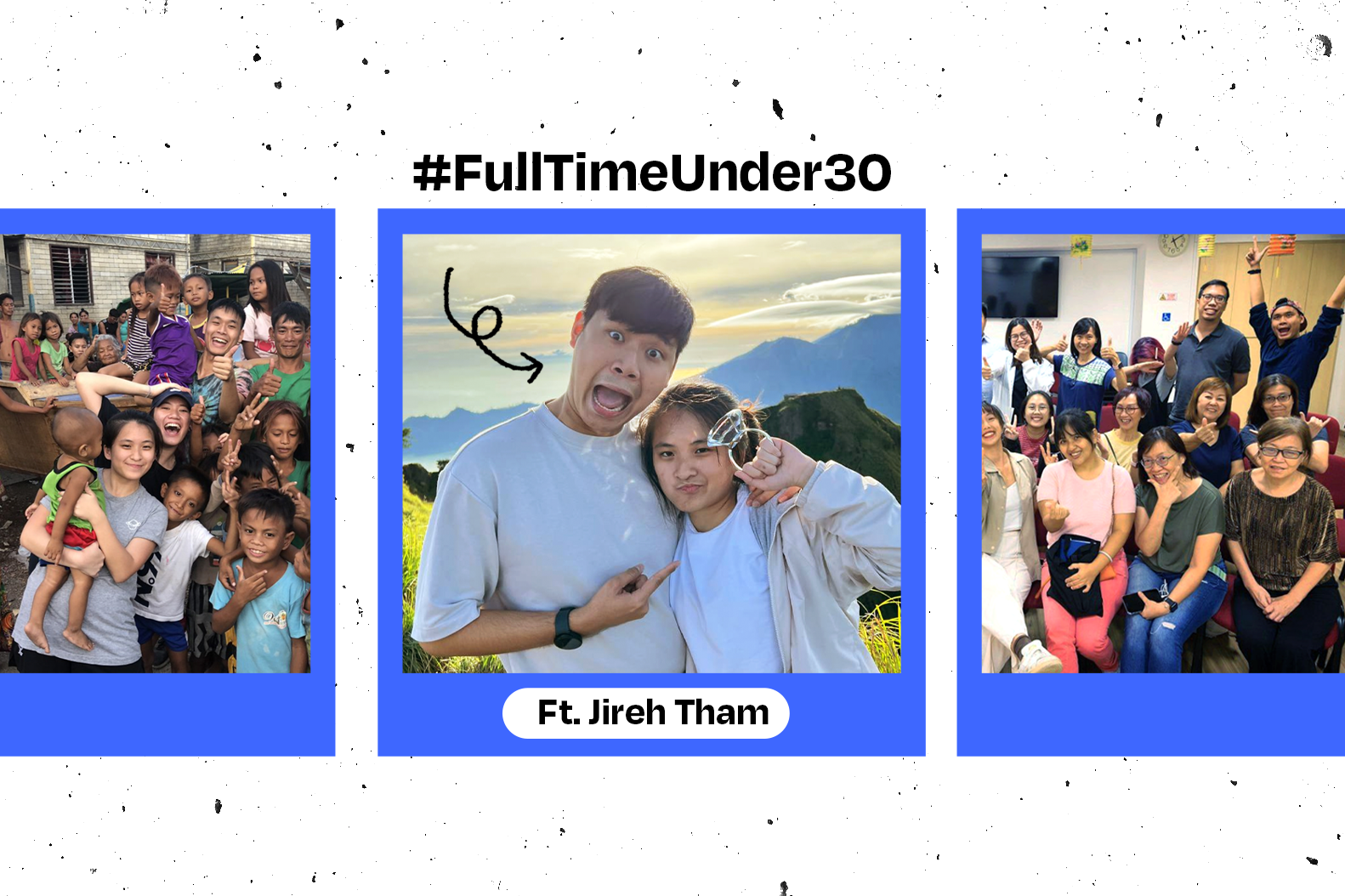