Feeling unheard in my church, I’m thinking of leaving

Third-gen Christian CHRISTOPHER* left his previous church because of how people were treating one another.

While things were better in a new church, he found that the same problems started to emerge after time.

While these didn’t affect him directly, it wasn’t until changes in his cell group, his enlistment into NS and his diagnosis of adjustment disorder that he considered leaving the church.

The 22-year-old opens up on how he felt unsupported by his spiritual family, and why he is convicted of the need for more loving communities.

Having been treated unkindly by my peers, I made the difficult decision in my teens to leave my previous church.

As a third-generation believer, I was in search for a fresh start.

My secondary school friend brought me to his church, where I quickly settled in.

The renewed opportunity to rebuild my own spiritual community excited me greatly.

I involved myself in many areas of the church. But over time, I began to realise that this church wasn’t perfect as well.

I watched as my peers badmouthed one another. They gravitated away from people they couldn’t click with. Everyone chose their own crowd.

During a particular church programme I was serving in, rumours spread about a boy and girl. People discussed their actions and judged their behaviour.

Instead of putting a stop to the talk, our human nature to join in the fun got the better of us. What was meant to be an edifying event felt more like a space to indulge in gossip. But as I was well-liked in this new-found community, I hardly thought twice about what I could do to change things.

Unlike my experiences in my previous church, I wasn’t the victim here. And I’m not proud to say that I ended up fuelling the exclusivity just like everyone else.

I wasn’t intentional in reaching out to my fellow cell group members who were feeling more isolated. I listened in when my peers were dishing the latest church dirt.

It was definitely never my intention to be mean. Yet my immaturity hindered me, and I admittedly didn’t put in extra effort to be inclusive.

I cruised through the first few years enjoying the newfound connections I made with people. I felt at home in my cell group and ministries.

Except it wasn’t long before I found myself in a season of change.

Where did everyone go?

From my cell group reshuffling twice to experiencing a change in cell leadership, I suddenly had to constantly adapt to a new conglomeration of people.

My cell group also dwindled in size as time passed. Close friends started to leave and the cosy church community I knew became alien to me.

We were on different pages, and I felt it starkly.

I tried hard to befriend this new mix of people that was supposed to be family. We spent time investing into each other’s lives.

However, our efforts came up short when I realised that we differed in many ways — in communication styles, values and even our vision for the cell group.

We were on different pages, and I felt it starkly.

I sincerely needed a community that could admonish, encourage and spur me on towards chasing God more.

Instead of dropping everything and escaping, I brought up my worries to my cell leader. However, he immediately rejected my proposal to switch cells.

In that moment, it seemed that there was no space for me to share deeper. I felt misunderstood, or that my judgement to make decisions wasn’t valued and trusted.

Was I being heard?

The loneliness I felt was exacerbated after I enlisted in the Army.

Basic military training (BMT) was tough, but by God’s grace I made it through and was posted to Specialist Cadet School (SCS).

At the start of my SCS journey, it was extremely difficult to adapt to the new environment.

On the first night, I sat with a BMT platoon mate on our bunk beds. We shared vulnerably and listened to each other’s fears.

I felt trapped, and the fact that my bunk window overlooked the camp gates didn’t make things better.

I experienced emotions of helplessness and often wondered what I was doing there.

I faced down five weeks of depression in NS

During mealtimes, I couldn’t stomach more than a few bites of my food. Clocking in sleep was rare as I faced countless nights of insomnia.

I also found myself tearing uncontrollably during one of our Army conducts.

I knew I wasn’t doing well emotionally, but there seemed to be no way out.

One time during a chemical defence exercise, we were told to put on an airtight suit.

The overwhelming inability to hear as I dressed myself in the suit made me hyperventilate and sent me into a panic attack.

Eventually, the medical officer diagnosed me with adjustment disorder, and I was taken out of course.

During this season, I looked to my cell group as my support. But as I shared my woes with them, I often felt like my struggles were brushed under the carpet.

Those that had gone through army didn’t take me too seriously, while those who were not in army couldn’t relate to what I was sharing.

I knew that they were trying their best to help, and I didn’t want to be ungrateful for their advice.

But when a fellow cell member repeatedly forgot what I was going through, I had to share the same story over and over again.

At that moment, I felt unsupported in my church community.

Why was it that when I wanted someone to hear me in my pain, there seemed to be no one?

Throughout that period, I felt really lonely and isolated, but I’m thankful that I found other friends who were there for me.

It’s been a few months. Looking back, I guess there’s still a bit of hurt and disappointment.

However, I now think that it could be a wake-up call from God for me to turn to Him first before turning to any created being!

This has also caused me to reflect on whether I have similarly ignored anyone or made them feel alone, which is something I will be more mindful of from now on.

Recently during a sermon, my pastor released a word for those thinking of leaving the cell or church.

I went home and took time to seriously examine my intentions for leaving.

Though I’m still currently seeking God and don’t know if I should stay or leave, one thing I know for sure is that I want to re-align my heart towards His.

I could spend time wallowing in self-pity and frustration. But I don’t want to grow bitter towards church.

THIR.ST TALKS: What’s the point of cell groups? What if mine’s just not working out?

I don’t want to become so absorbed in my circumstances that I end up focusing on myself.

Instead, I seek to fix my eyes on God — letting Him mould me as He deems best. I also want to continue serving those around me.

Leaving the church or cell group is not something to be taken lightly.

Neither am I encouraging people to do it the moment they see bumps or cracks appear.

None of us are perfect — including myself.

Re-examining my role in church

The point of my story isn’t to condemn anyone.

Rather than play the blame game, this season served to further solidify in me the heart to help build a supportive environment in the church.

Despite our imperfections, I am hopeful that we can do more to support one another as Christ would.

There were many things I could also have done to make my church a more welcoming community.

It took growing up and going through a difficult period to come face to face with the issues that were already existent.

If we know someone who is struggling, asking them how they are can make a huge difference.

In my moments of pain and loneliness, what I would have appreciated was having someone to simply listen.

We can start by checking in on those around us and being intentional in walking alongside them through life.

I believe God put us where we are for a reason, and we have a responsibility to be Christ to those around us.

Jesus said in John 13:35: “By this all people will know that you are my disciples, if you have love for one another.”

It is love that binds us and marks us as His children.

To me, that is what a church community should be like: to love one another, to journey beside each other in our seasons of joy and pain.

Despite our imperfections, I am hopeful that we can do more to support one another as Christ would!

May we grow to be more warm and loving to each other.

*Christopher has requested to use a pseudonym for confidentiality.

For other stories in this series on changing churches, read these articles below!

After years of church-hopping, I went back

Changing church? Consider these questions before pulling the plug 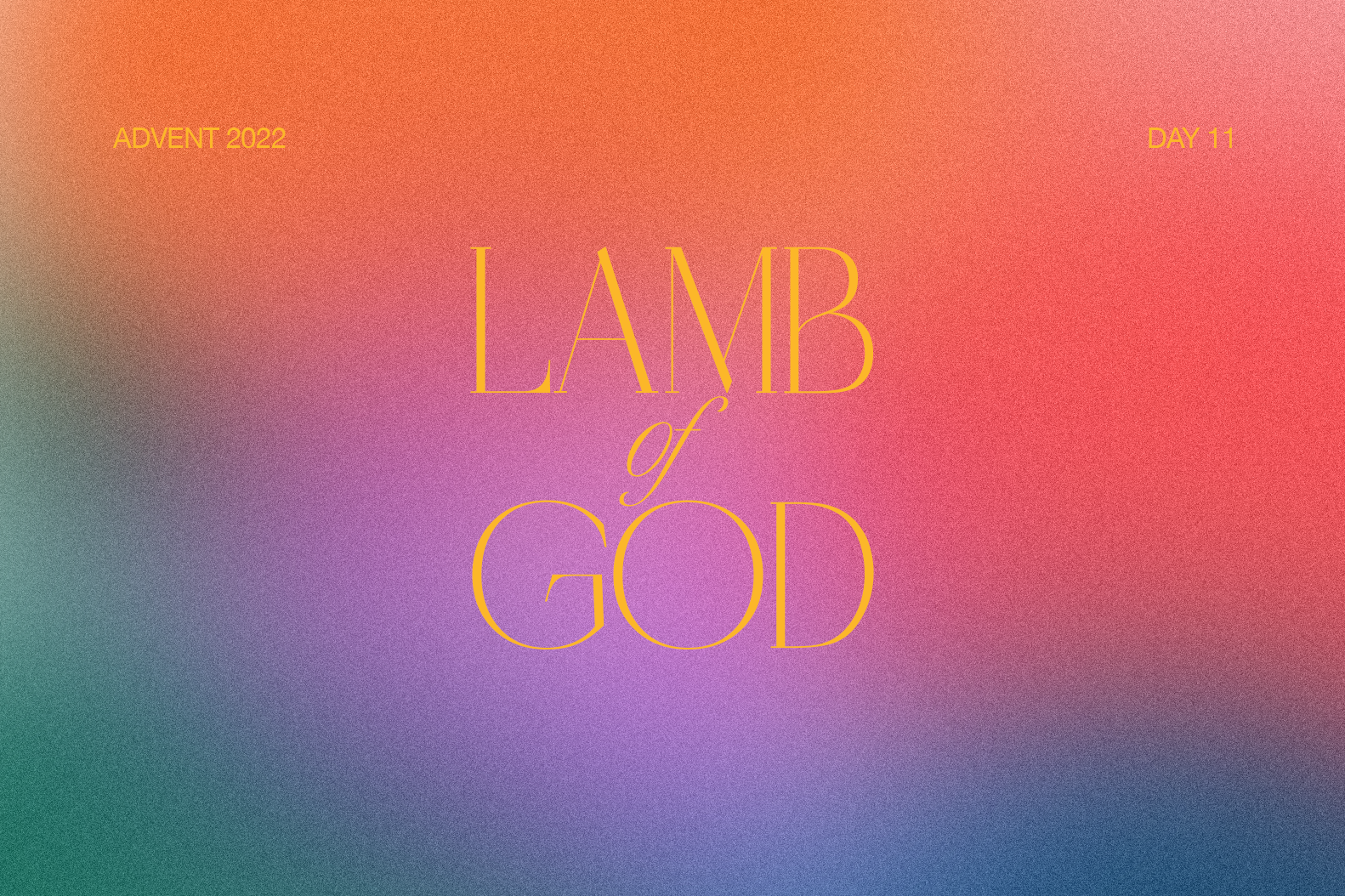