So you call yourself a filmmaker, musician, actor, artist. What makes you say that?

I was interviewed recently for a magazine. The writer asked for my occupation.

“Should it read: Josiah Ng, 27, Filmmaker? I heard you were a filmmaker?”

This got me wondering: When should someone be conferred such a title? When can I start to identify myself as a Filmmaker? But the more I thought about it, I realised that there were bigger questions at play: Who am I? What is my identity?

Different people may hold different standards in terms of who can “officially” be called a filmmaker – or an artist, or a musician, or an actor, for that matter. Would I have to have made a certain number of films first? Would I need awards to back the title up? Is it enough to just be paid to do the work to warrant the designation? What about peer or industry acknowledgement? Some even say that first you’ll need to premiere your work at a film festival …

But in the end, isn’t the definition of a filmmaker simply someone who, well, makes films?

“Filmmaker”, “actor”, “musician”, “creative” – these are just labels, and maybe I shouldn’t even be concerned or confined by a mere designation. In fact, when we peg our identity (who we are) to what we do, it can become frightening, life-threatening even. What happens when others stop loving the films we make? Does that mean that they will stop loving us too? Does this mean we stop loving ourselves when the works we create become failures?

This would instantly take away the burden of having to deliver results just to validate our identity. Instead, we’d now be motivated to reach a place of discipline, so that we never stop doing what we love to do. 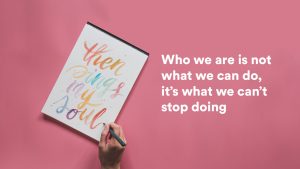 When you can’t stop doing something, you’re obsessed, you’re passionate, you just need to make another film – or you’ll feel miserable. You need to just write or that burning sensation in your belly just wouldn’t stop. You must make music or the world around you seems dull and colourless.

What can you not stop doing? Maybe that’s who you are made to be.

The notion that quality above quantity is a familiar one, but when it comes to mastering a craft, it’s important to realise that quantity breeds quality. So keep doing what you can’t stop doing, in huge amounts – yes, it will take a lot of hard work – and I believe that excellence will soon be borne, beyond the labour pains of its maternal influence, passion, and the more focused paternal side, obsession.

Passion and Obsession are the parents of Excellence.

When it comes to mastering a craft, it’s important to realise that quantity breeds quality.

Sir Thomas Edison was said to be a serial inventor. Even when he failed (said to be more than a thousand times) he just couldn’t stop inventing, until the day he finally created something we all use daily: The lightbulb. The inventor is one that cannot stop inventing.

In the words of Pablo Picasso: “We artists are indestructible; even in a prison, or in a concentration camp, I would be almighty in my own world of art, even if I had to paint my pictures with my wet tongue on the dusty floor of my cell.” The painter is one that cannot stop painting.

Beethoven continued composing, even in the last stages of his life when he was nearly deaf. The musician is one that cannot stop making music.

YOU NOW REFUSE TO LET FAILURES DEFINE WHO YOU ARE 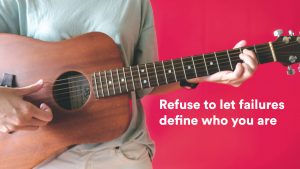 In embracing the fact that you will become what you cannot stop doing, you also start to accept for yourself that failures are inconsequential in defining your identity. You stop telling yourself that you’re a failure just because you didn’t get that award or reach a certain goal. Instead, you ignore the things that you couldn’t achieve and start focusing on what you just need to keep doing.

Too many artists have placed their identity in the work that they do – so much so that when they fail at something, they think their lives are in a shambles, too. But those that clasp tightly to what they cannot stop doing just keep going.

How then can we apply these thoughts to the next generation?

The ultimate example of a life poured out in passion? Jesus. There’s something that Jesus can’t stop doing: He can’t stop loving us despite the sins we commit. Nothing could have stopped Him from the Cross – from saving us and setting us free because he couldn’t stop loving us.

This story was originally featured on Josiah’s blog. 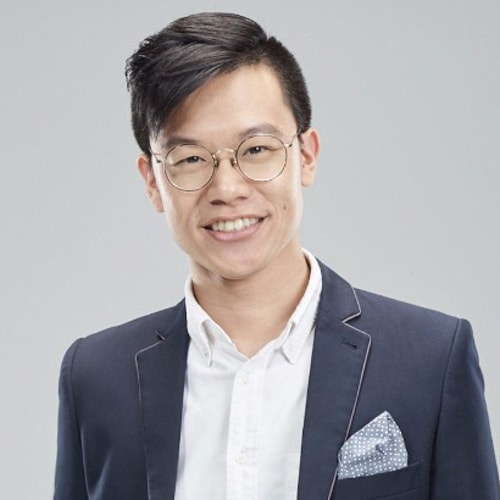 Josiah Ng has overseen and produced more than 400 content pieces for broadcast and the web. He currently works as Head of Film & Social Content at DDB Singapore. André & his Olive Tree is Ng’s latest documentary feature.