When will my BTO come? Lately, friends and fellow Singaporeans have been flushed with the news about trouble in the construction industry.

Because the coronavirus has wrecked supply lines and caused manpower issues across the world, many new and would-be homeowners are facing delays when it comes to renovation and construction.

For no good reason at all, I had assumed I wouldn’t be one of them.

After all, we had received no news or indication that our estate would be delayed; the Telegram group chat for my upcoming estate that I am a part of faithfully buzzed with picture after picture of little homes being stacked up nicely.

The date was all but set in my mind. “Just around two years from now”, I used to proudly and expectantly say.

Until the dreaded news last week, that it would now be pushed forward by three quarters of a year.

The news sucked for awhile (and still does when I think about it now and then), until I felt God telling me and teaching me things through this episode.

So, if you’re nursing your wounds just like me, maybe some of the things that I’ve reflected on would help you out. Typically, my first instinct is to complain. If I was born thousands of years ago, I think I’d fit right in as an Israelite in the wilderness — sulkily waiting for a future home.

But I could feel God telling me to give thanks in my situation. And as I forced myself to find some reasons, I ended up doing so, and some of the frustration ebbed away.

You may have more or other reasons, but I can personally be thankful that:

I’m deeply privileged to be able to consider waiting nine more months. Man, I’m privileged to even have had a ballot number for this estate!

Others are not as fortunate; timing may not be as kind to them.

We should consider how can we be a blessing to such brothers and sisters, which is why we need to…

GIVE THOUGHT TO OTHERS

Indeed, while cultivating a heart of thanksgiving helps to put things in perspective, it still doesn’t erase practical concerns and considerations.

As I read of the various folks in my group chat choosing to give up their flat in lieu of the delays, I felt very sorry for their situation.

Some shared that they have aged parents who need to move in with them for health reasons, so waiting isn’t an option. Others simply need more room for growing families.

Then there are the many folks who are bleeding rent money. Nine more months of rent will prove to be a large sum of money indeed, and not all will be able to afford that.

There are many others like these whom we need to remember and look out for in these tough coronavirus years.

GIVE EAR TO GOD

I believe that nothing happens arbitrarily.

God has sovereignly allowed for this delay to occur. Big word, sovereign, but we’ll get to that a little later.

Simply put, I don’t know if I want to question why, rather than what He aims to cultivate in me through this setback.

So, if you’re in a similar situation as I am, what might God be trying to say to us?

To my mind, the timing of things has been messed up, especially when you throw considerations like finances and raising children into the mix.

But God’s ways are higher than ours.

That might sound like a platitude as you read this in text, but I really do mean it (and again, this is coming from someone whose life has actually been affected by the delay).

Just as I forced myself to look for reasons to give thanks, I’m forcing my ears open, knowing that God is maybe saying something to me about timing or other things I haven’t thought about.

Maybe I need to pay attention to something in my life. Perhaps some things aren’t resolved in my own life. Or maybe in my family. 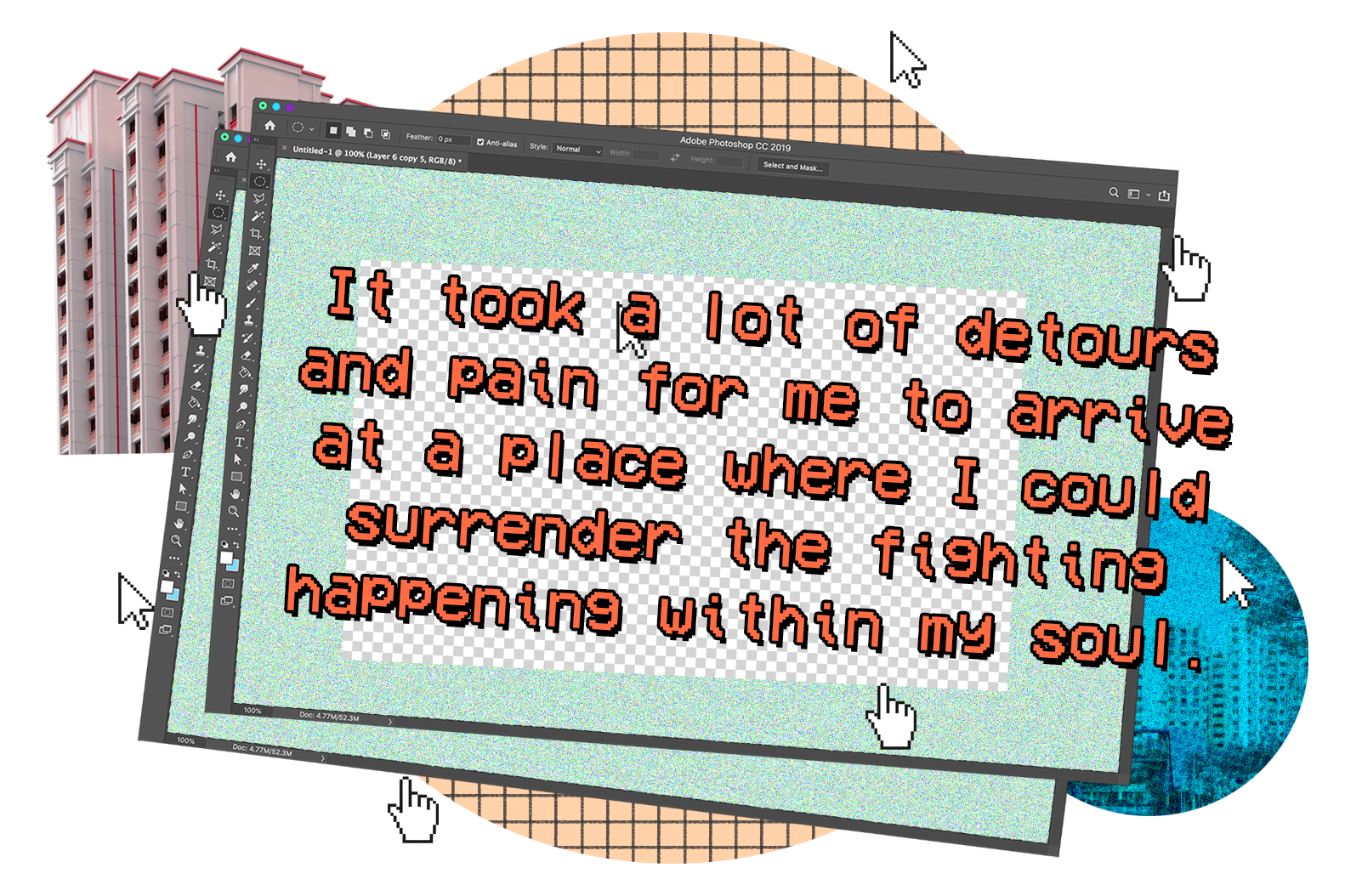 GIVE IT ALL TO HIM

That’s what I told my friend who’s waiting for a house in the same estate as I am. We were both really disappointed, but I meant it — though it certainly took me awhile to get there.

See, when my dad passed away from cancer, “God’s sovereignty” felt like scant comfort to me as I faced the exact opposite of an outcome I had prayed for (admittedly, this housing situation isn’t nearly as bad as that, but it’s still not ideal).

When my father passed on, I wrestled for a long time with the idea of God’s sovereignty. I found it to be a troublesome concept since if He’s all-powerful, why didn’t He do something to heal my father?

I ended up going on a journey through my own wildernesses for years.

Eventually, God drew me back to Him. I had also healed some from the time that passed, and in time, shed the naivete of my younger years to come to terms with the fact that the world can be a painful place.

And sometimes, even bad things even happen to good people. More often than not, there are no answers. There are no fancy words or ideas that can explain away some pains.

It took a lot of detours and pain for me to arrive at a place where I could surrender the fighting happening within my soul.

I told God something along the lines of: “I don’t know. And maybe I can’t know just yet. But You say You do, and I’m trusting in that.”

God is sovereign over all the delays, disappointments and disruptions we face in life.

That was my only hope. And as I placed my trust in God, even in the midst of pain and suffering, acknowledging that He is still in control, I found resolution and even comfort in Him.

I don’t know how (and probably will never figure that out this side of eternity), but somehow He makes it work.

After all, I’ve seen it in my own life. Through the mercies in my mistakes, I’ve taken God’s hand to get up out of a pit more than just a few times.

So with that, I’ll say it again: God is sovereign over all the delays, disappointments and disruptions we face in life.

I’m letting that be enough for me. For today. So it’ll be fine — really!

And in any case, He’s already prepared a home for me both in the near and far future. 😉

#HACK2021: From disruption to digital missions

Bullied in school, I struggled with self-worth