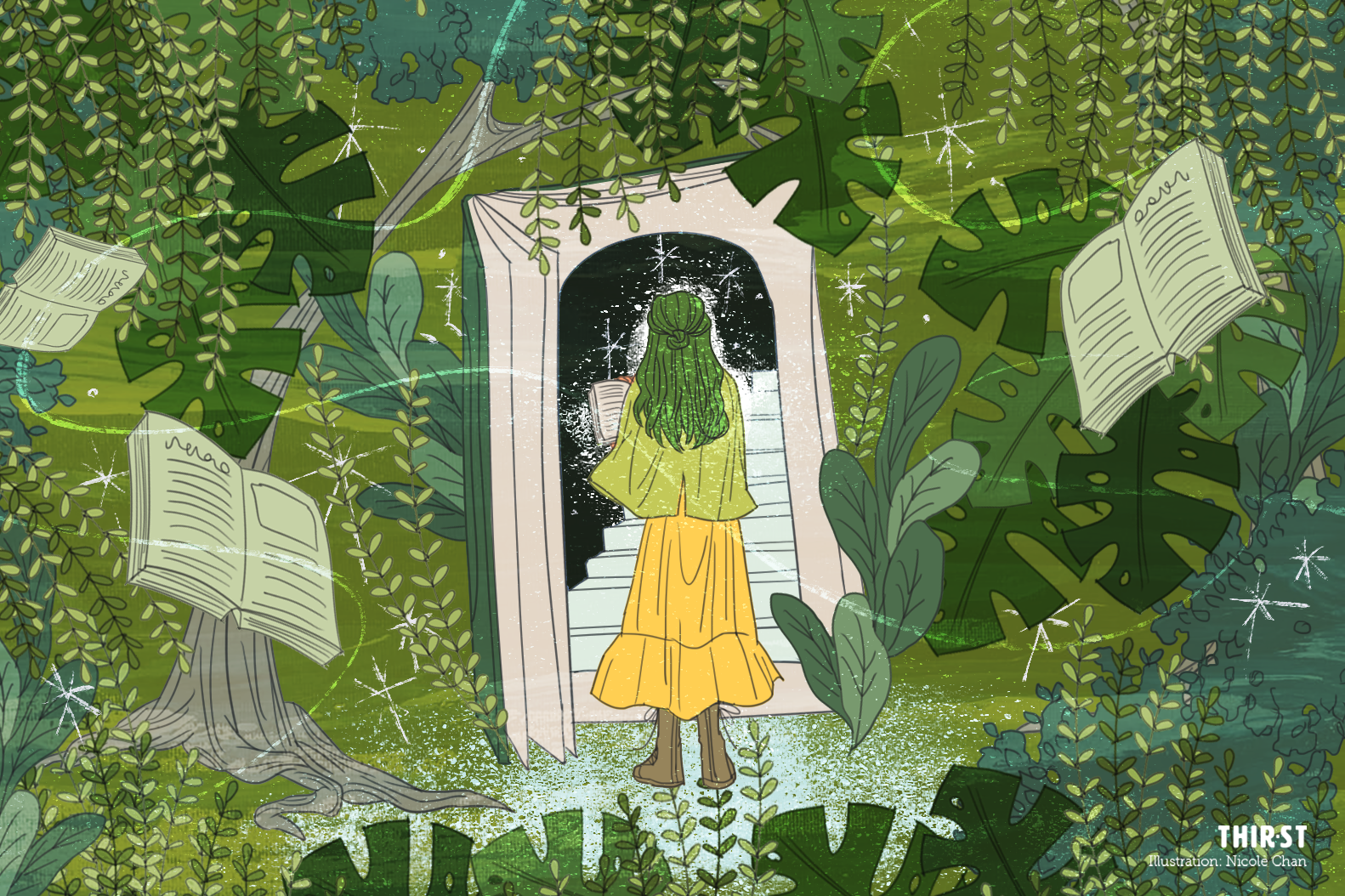 My love affair with stories began when I was a child.

Storybooks were my sanctuary. With the flip of a page, I could enter a world vastly unlike mine, and I enjoyed that.

Storybooks slowly gave way to television series, films, and theatre productions in my teen years. My appetite for stories took on different forms probably because of the sheer amount I had to read for school assignments.

Sometimes it was a line, other times, an exchange. Whenever I watched something unfold on screen or stage that mirrors how I felt or wished for, I felt drawn in.

I would later learn that what I felt was connection and longing.

STORIES: A LANGUAGE OF THE HEART

Hollywood screenwriting teacher, Robert McKee, believes that we go to the movies “to live in a fictional reality that illuminates our daily reality”.

As a teen I had a strained relationship with my mother. We had difficulty communicating and “getting” each other.

One day I was watching an episode of a television series, Brothers & Sisters, and Calista Flockhart’s character was arguing with her mother, which happens pretty often in the plot.

But every time they do so, they would always find understanding for one another at the end of the crossfire because they had openly expressed their thoughts and feelings to one another despite the disagreement.

As much as the way they argued might not be the most constructive, I found myself wondering if my mother and I would be able to understand each other better if we allowed ourselves to fight as opposed to burying the subject and walking away.

Other times, the gift that stories gave me was a “lightbulb moment” or a revelation, if you will. In my first couple of months as an intern in Cru Singapore, I experienced a crisis of faith.

A friend’s cousin was dying of cancer back then. From my knowledge my friend and her cousin’s family were not Christians, and in my zealousness I had hoped for an opportunity to talk about Christ with them.

But when I saw her cousin at the intensive care unit, my zeal disappeared and was instead taken over by overwhelming doubt and anger.

I saw medical equipment towering over this 13-year old’s small body, with tubes connected at every possible part of it. His white-haired grandmother also came to visit him at the time.

It was a jarring sight. I could not reconcile with the God I thought I knew.

Questions raged in my mind:

To make matters worse, I was just entering full-time Christian vocational ministry, with not much to offer financially to alleviate their burdens.

What was I even thinking — that my sheer evangelistic zeal had anything to offer?

When all my heated emotions calmed down, the only thing I asked of God was: “Show me who You really are.”

Eventually it was a film that opened my eyes.

I was catching an Iranian film, The Willow Tree, with a friend who had returned to Singapore from the UK during his school break.

There was a particular scene towards the end of the film where the semi-blind protagonist, devastated, walked right into a cluttered rubbish dump barefoot in the rain.

It was night time, and he had lost his way home. Feeling around in the dark, he crashed into a fence.

Anxiety for the protagonist rose within me as I watched on, and then a thought hit me like a ton of bricks: THAT’S ME. Without God, I am that blind man.

Just like he was utterly helpless and could not find his way out of that dirty dump full of hazards and needed someone to help him find a way out, I am a helpless, finite human being who cannot control my life’s circumstances and is in desperate need of God.

Through the film I saw that God is the one who is in control, even in the painful death of a 13-year old boy.

It is not just others’ stories that have an effect on us.

I believe God desires for each of us to discover the stories He is writing in our own lives, because through it, you discover Him too.

In the 14 years of full-time ministry, I have been involved in using stories packaged in various artistic mediums to connect with our audience.

For two years I had the opportunity to reach local and overseas high school students as a vocalist of a Crea music band (formerly known as Forerunner).

Each performance is essentially a story feast around the pop songs we do in English or their native languages.

Our personal stories forge connections with our audience. It is always from this place of connection we share the gospel message. 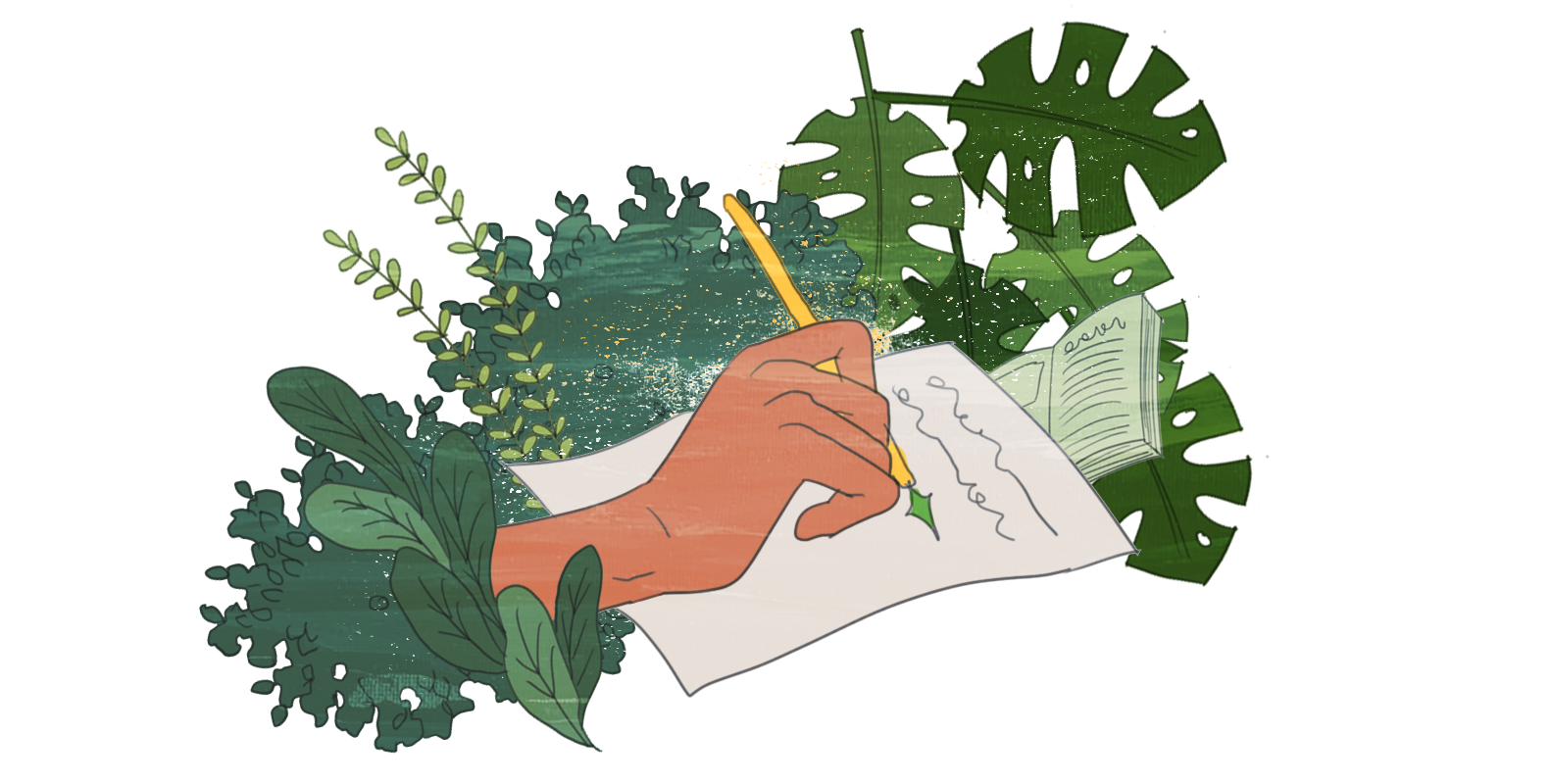 Now, as a story coach at Cru Singapore, I also conduct personal story workshops, teaching individuals why it is important for them to discover and know their own stories, and how to write them.

What I’ve found most rewarding is the privilege of coaching my workshop participants through the process of being honest with themselves and with God.

Having witnessed others meet God in the vulnerability of their sin and shame, I have seen how each one emerges with a deeper knowing of themselves and the depth of God’s love for them.

And from that place where deep calls to deep, each individual’s story flows.

STORIES: A LIGHT UPON OUR LIVES

At every workshop I conduct, I’d make it a point to share at least one story from my life as an example for the participants.

In a recent one, I talked about how I used to feel about myself as a daughter, which stemmed from the relational fractures with my mum in my growing-up years.

These caused me, as a teen, to believe the lie that nothing I do is ever enough for her.

I let them in about how God used a line in a worship song to reach out to me (“Nothing you can do could make Him love you more”), and how it took me a few years to heal and let go of past hurts as God unearthed them in His time.

I wrote this story in 2018, months after God graciously revealed to me that I “act up” as a mum towards my two boys because of a lie that had been so ingrained in my psyche that it spilled into my parenting. I had simply replaced my mum with my boys.

God revealing something to you is one thing; crafting it into a story that provides context and makes sense is another.

This particular story took hard and heart work as it involved reliving memories and admitting my inadequacies as a mum, first to myself, then to others who would hear it.

I would typically not get immediate feedback after I share my stories, so it was a pleasant surprise for me at that particular workshop when a participant shared that hearing my story helped her to know how to connect the dots of the happenings in her life to start writing her story.

HAVE YOU DISCOVERED YOUR STORY?

When God spoke the world into existence, He did not only create it. It was also the beginning of His authorship of the world as we know it.

You have a story. Your story is a gift, first to yourself, then to the world. Are you ready to discover it?

Perhaps you sense God putting a finger on something in your life. Go to Him and ask Him what that’s about. He is waiting; He has always been.

As Cru Singapore’s story coach, Li Ling will be conducting a workshop on the art of storytelling in evangelism in February as part of a series of equipping webinars.

These talks are part of Cru Singapore’s new #READY initiative to activate and empower every young adult to share Christ in partnership with #PublishPeace. The first speaker to take the stage on January 18 (Tuesday) will be Pastor Norman Ng from 3:16 Church and One For Jesus who will be sharing on Reframing Evangelism in the Digital Age.

You can find out more about this free webinar as well as other upcoming ones at this registration link.

So you got your O-Level results... now what?

"Is the Holy Spirit in His rightful place in your life?": Pastor Lawrence Khong at Pastors' Summit 2022