I liked myself because I was “liked” When social media first entered our lives, it was a fun and novel way to connect with friends and family.

I suppose it remained rather innocuous for me until I started working. As a performer, I started to rely heavily on social media to promote my work, to be “seen” in the industry and to build my networks.

Perhaps that’s when the negative spiral started to occur, as I relied more and more on social media to receive affirmation, to boost my self-esteem and to gauge my perceived “popularity” and social currency amongst my industry peers.

Being an artist and a performer is a complicated thing, as your work and people’s affirmation tends to get tied up with your identity and notions of self-worth.

That, and the fact that my work requires me to be visible both on and offline, creates an environment where it’s easy to fall into a rabbit hole of comparing your appearance, your supposed “success” and hence your value as an individual to others, especially on visual-heavy mediums such as Instagram.

I found myself being stuck in a cycle of feeling increasingly discouraged, even as it was harder and harder to tear myself away from my social media accounts. I always wanted to check when my next like, comment, share or follower came as they were a means of judging my own self-worth.

But I’d always end up feeling awful when the stark reality hit that there will always be someone with more likes, comments, shares and followers than me.

Sometimes getting stuck on social media would disrupt my sleep, or make me very unproductive as I would find myself scrolling away for hours on end, or checking my platforms incessantly after posting up something new to see if I received any new affirmation.

All the while, I felt completely empty inside, knowing that the cycle I was caught in was very unhealthy and was also preventing me from making real connections with my loved ones face-to-face.

Realising I was caught in this vicious cycle was one of the things that prompted me to write this song, both for my own therapy and catharsis. Hopefully the song helps reach out to others who might be struggling the same way, and lets them know they are not alone.

And actually, every time I play this song at a gig, there have always been people coming up to me to tell me how relatable this song is and how much they personally identify with it themselves! Which just shows me that struggling with social media is such a prevalent phenomenon in this current age. 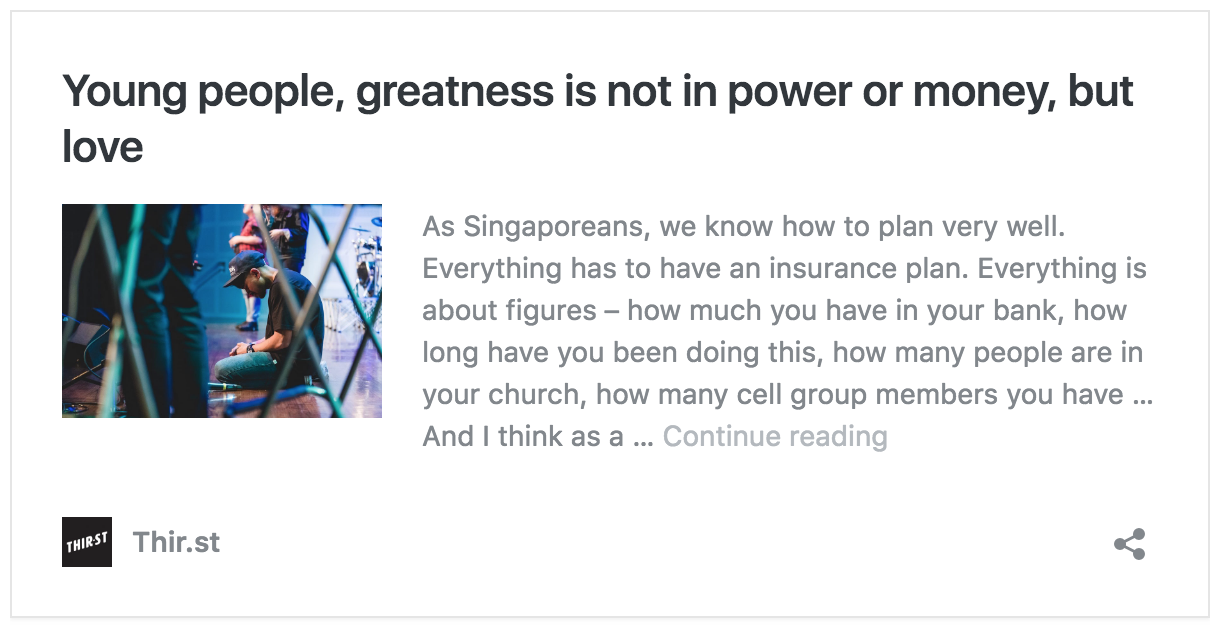 Above all, as a Christian, I do feel that the best way to fight the social media-induced spiral is to remember that my ultimate value is in Christ.

I am valuable only because Jesus died to redeem me — that shows me that I am infinitely and unconditionally loved by Him. I am worthy only through Christ.

My struggle with social media is still something that’s ongoing.

But right now, I am proud to say that I am choosing to spend more time outside of the virtual world and in the real one, reading books, exercising, and spending real time with friends and family rather than getting stuck scrolling mindlessly for hours on end.

I am trying to have healthy interactions with my social media platforms, seeing them as tools to assist my work instead of things that have control over how I think and feel, and also as a means of sharing meaningful and life-giving reflections instead of self-centred posts.

Is there such a thing as being too comfortable in singlehood?