“What have I accomplished this year?”

This is a question many of us would have asked ourselves before. For some years, we had a full list of answers, but for others, we had no answer at all.

The latter can definitely feel demoralising, especially if the people around us did incredible things like getting married, winning competitions or starting a business.

While we’re happy for our friends and family, we can’t help but feel disappointed when we compare their achievements with our uneventful lives. I’ve definitely had those moments.

But what comforted me was reading the stories of these unnamed Bible characters who reminded me that God can use the little acts of “unimportant” people to accomplish great things.

For if God used these characters who weren’t even important enough to have their names recorded in history, He can and likely has also used your “insignificant” acts for His great purposes.

We’ve all heard about David. His inspiring life story has been shared in our churches and even our homes countless times. However, before he became the great king we all know, David was just a shepherd boy.

And his journey to fulfil his anointing as the ruler of Israel was set into motion when he entered Saul’s service. So the question is, how exactly did that happen? Well, it involved an unnamed servant!

When Saul was tormented by an evil spirit and looking for someone who could skilfully play the lyre, this servant recommended David. He also praised David’s courage, presence and communication skills, and noted that the Lord was with him (1 Samuel 16:18).

The unnamed servant was just doing his job, and yet God used this deed to bring David into the royal palace.

God knows where to find you: You don’t have to strive to be seen

Much like this servant, we never know who God plans to use and how.

That friend who got a job because of your help, that young person who decided to pursue their passion because of your encouragement or that stranger you scouted for a company… God may have purposed to use their careers for His kingdom in ways that you have yet to see.

How amazing then, that your actions would have been what began their journey to fulfil that plan.

Another unknown servant God used is a young girl who served the wife of Naaman, the commander of Aram’s (Syria’s) army.

2 Kings 5:2 tells us that she was an Israelite slave who got captured by Aramean raiders. This means she was not only working for her enemy, but also serving the household of the very person who commanded those that enslaved her.

It’s hard to imagine how much ill will she bore towards her masters.

However, when she saw how Naaman suffered as a result of his leprosy, she kindly told his wife about what she believed Elisha could do:

“If only my master would see the prophet who is in Samaria! He would cure him of his leprosy.” (2 Kings 5:3)

This caused Naaman to set off on a journey that ended with him getting healed and believing that Israel’s God is the only true God!

An urgent appeal to help homeless families this Christmas

Through this story, we see how God can use our tiny acts of compassion to accomplish the most important thing of all: saving someone’s soul.

Think back to all the times this year you showed such kindness to your non-Christian family and schoolmates or colleagues, especially those with whom you don’t have a good relationship with.

Seeing you display the love of Jesus could have moved them just that much closer to accepting Christ in their lives one day. Who knows?

3. BOY WHO GAVE HIS LUNCH

You don’t have to be working under powerful people for God to work through you. Sometimes He uses people who just happen to be in the right place, at the right time, like the boy in John 6:1-15.

After the events recorded in John 5, Jesus went up a mountain to rest with His disciples. However, He soon realises a massive crowd had followed Him. They had seen His amazing miracles and couldn’t get enough.

Being the caring Saviour that He is, Jesus didn’t chase them away. Instead, He immediately wanted to address their needs, asking Philip: “Where shall we buy bread for these people to eat?” (John 6:5) 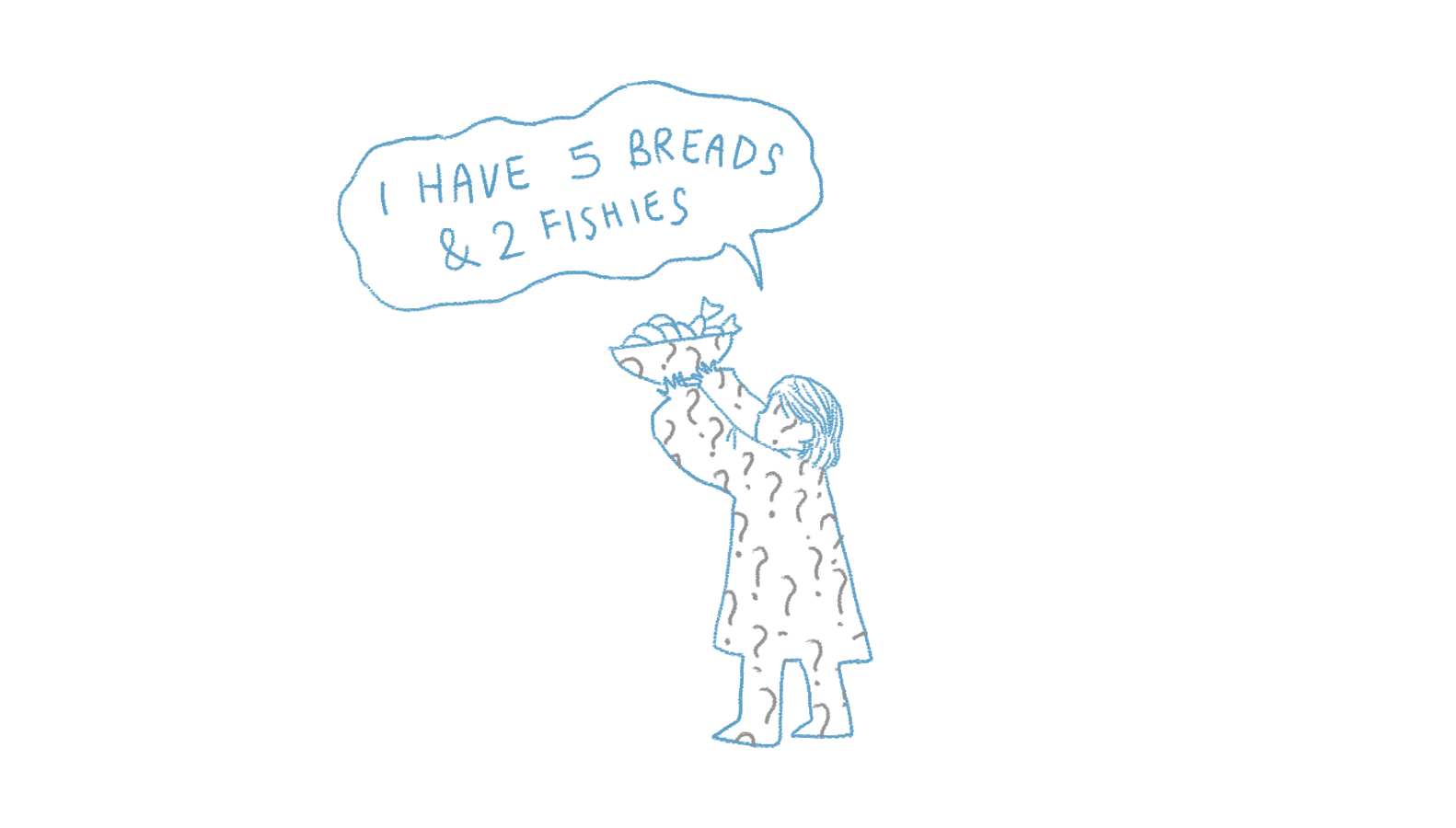 Another disciple, Andrew, then tells Him there’s a boy with five loaves and two fish, although he remarks: “but how far will they go among so many?” (John 6:9)

As we know, Jesus does the impossible and uses that lunch to feed 5,000 people.

Just like how Jesus multiplied what the boy gave, He can multiply the things you freely and lovingly offered to others this year.

Maybe that small donation you gave to a non-profit helped them accumulate enough funds to sustain themselves for another year, allowing them to impact the lives of many others through their continued work.

Or maybe you bought a homeless person a packet of food, and unbeknown to you, he shared it with friends who haven’t eaten for days.

Whatever it may be, know there’ll always be great value in giving selflessly.

God doesn’t only use our actions to accomplish significant things — He can also use them to teach others invaluable lessons.

That was what Jesus did when He was at a temple watching people place their offerings into the treasury.

He saw many rich people give large amounts of money, followed by a poor widow who only gave two copper coins, which the NKJV calls “mites”. Jesus then called His disciples over and said to them:

“Truly I tell you, this poor widow has put more into the treasury than all the others. They all gave out of their wealth; but she, out of her poverty, put in everything — all she had to live on.” (Mark 12:43-44)

Mites were the smallest denomination of coins back then, so to the eyes of man, this offering was insignificant.

Yet Jesus used it to teach His disciples, and all Christians from then on, an invaluable lesson about giving in faith.

The generous will prosper

We’ve all done things we believed were insignificant. But the truth is, we never know how such acts impacted those who witnessed them.

Like the time you forgave someone for a huge mistake, the time you obeyed God even though it was difficult, or the time you sacrificed your time or hard-earned resources to help someone in need.

God can and may already have used these small acts of love, obedience and faith to instil His truths in the hearts of others.

5. PEOPLE WHO REBUILT THE WALL OF JERUSALEM

Often we only think of the accomplishments done by individuals, not those by collectives.

To illustrate, most Christians know the story of how Nehemiah led the Jews to rebuild the wall of Jerusalem in only 52 days.

But how many of us know the people who were actually behind this accomplishment? 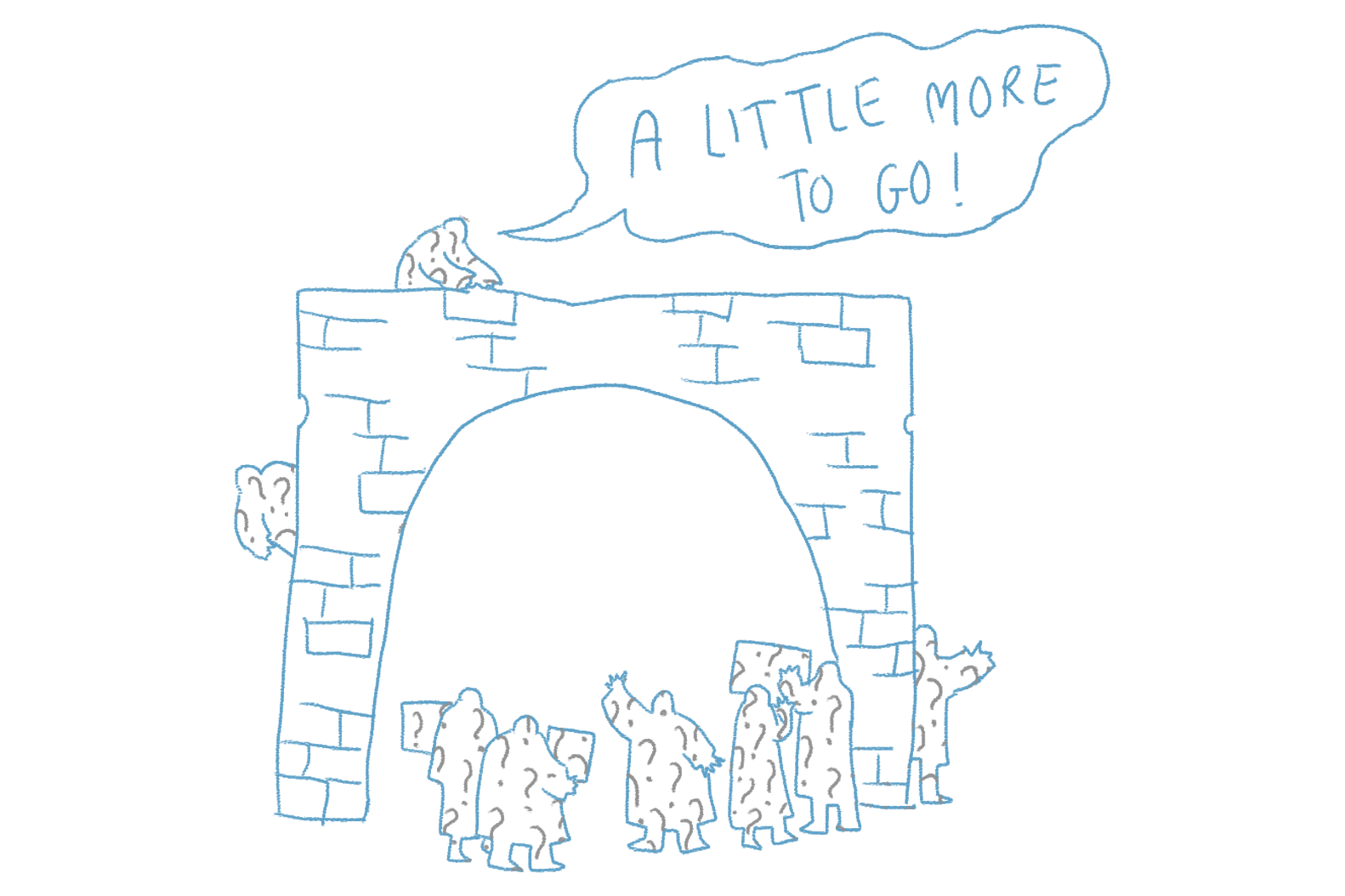 Nehemiah 3 describes in detail the various builders of the wall and their allocated roles. Some were named, but many others were left anonymous.

Nonetheless, it was the efforts of all these workers that resulted in this incredible feat.

Most people who have “minor” roles in church don’t think of their work as notable contributions.

However, just like how every section of that wall needed to be rebuilt before it could serve its purpose, every part of a church has to function properly before it can be a successful ministry.

All of you who help project slides, manage sound or lights, usher people in, play an instrument in the worship team, help with social media and so on… your collective efforts were vital for all the good your church has done this year.

Every work that contributes to God’s eternal kingdom has greater value than we can ever imagine.

To those who believe you didn’t accomplish anything this year, the truth is you probably did — you just haven’t realised it.

Regardless, our sense of worth shouldn’t come from earthly accomplishments, but from our identity as God’s beloved children at the end of the day.

We don’t need to do amazing things or be successful to have worth in God’s eyes. Even at our lowest points, we have so much value to Him that He gave His only Son to die on the Cross for our sins.

So if God says we are significant just as we are, who are we to say otherwise?

Why do I want a significant other?